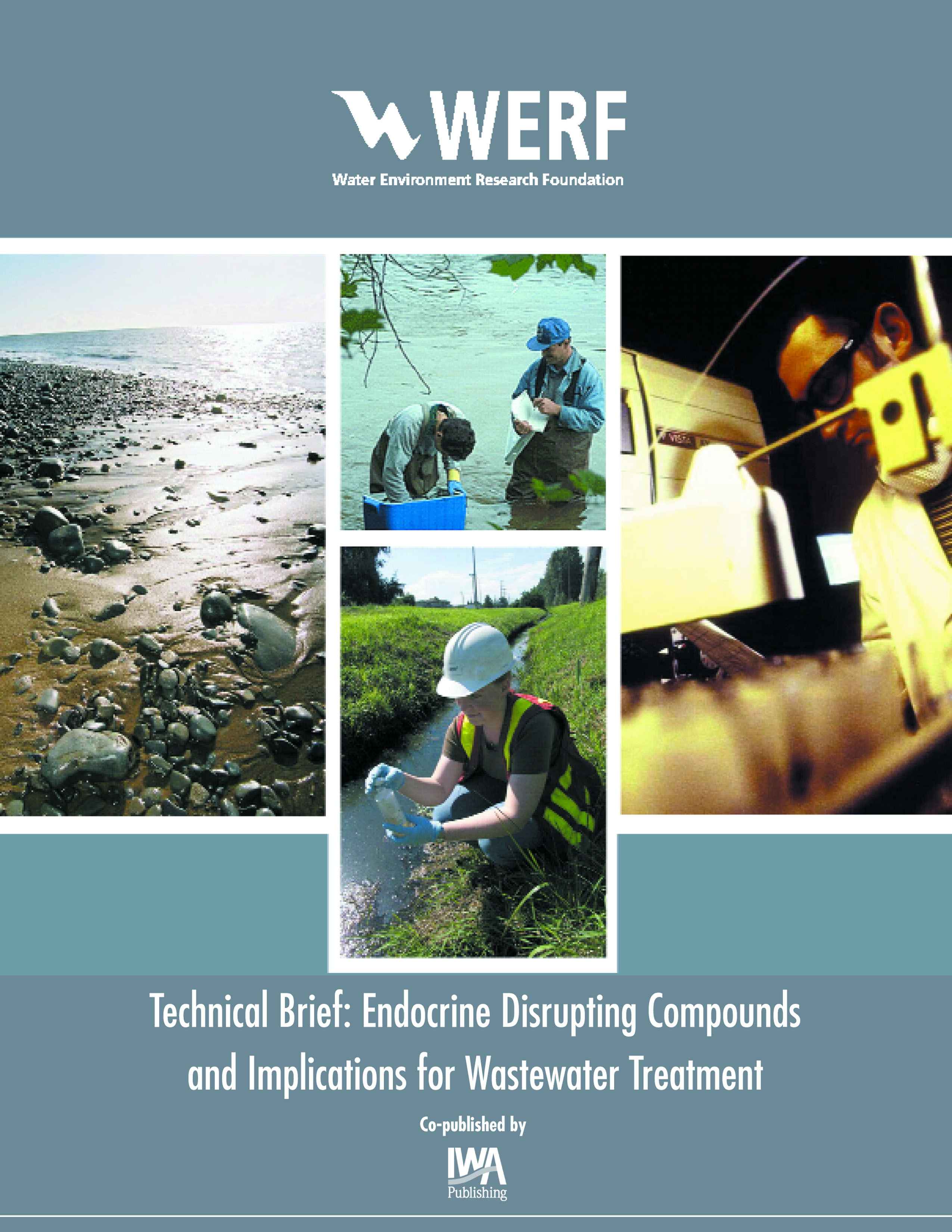 This Technical Brief summarizes the information that is currently available from scientific research on Endocrine Disrupting Compounds (EDCs), sometimes known as hormonally active agents. It was prepared in response to concerns over the potential for EDCs to enter the environment in treated wastewater and reuse of biosolids. This document provides a primer on the endocrine system, the nature and sources of EDCs, and their potential effects on human health and the environment. The potential for man-made chemicals to cause endocrine disrupting effects came to light as early as the 1960s. The first observed effects resulted from exposure to chlorinated pesticides such as DDT, since banned in the United States. Concern became more widespread in the 1990s, and scientists began to look at the potential effects from dozens of naturally occurring and man-made chemicals. Researchers are still working to define the scope of the problem. Thus the information presented in this Technical Brief represents still-evolving science and regulations. It is based on some three dozen publications, many of them review articles that summarize the state of the science on a particular topic. This publication can be purchased and downloaded via Pay Per View on Water Intelligence Online - click on the Pay Per View icon below