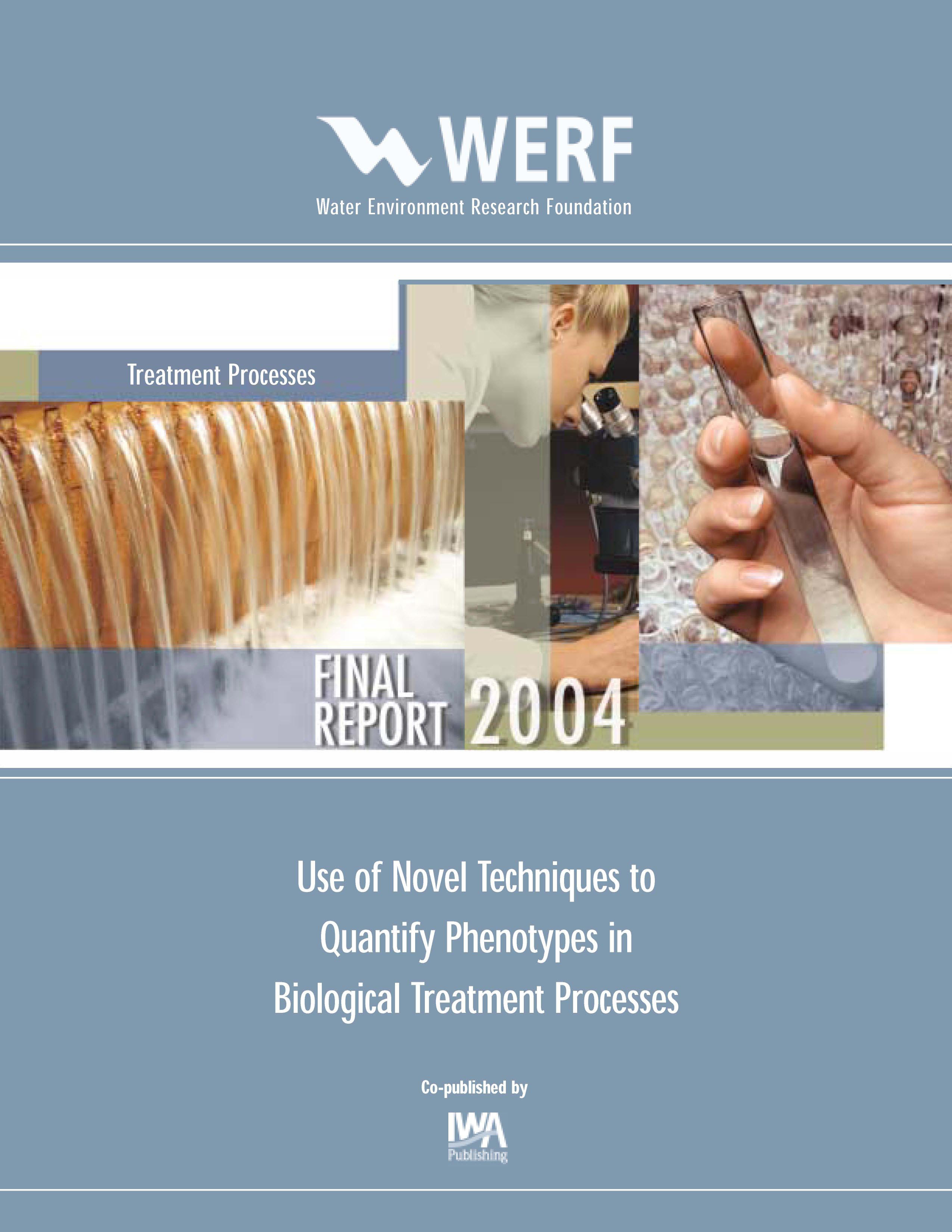 Use of Novel Techniques to Quantify Phenotypes in Biological Treatment Process

This research attempts to evaluate nitrification treatment performance in combined carbon/nitrogen municipal wastewater reactors using traditional physical/chemical methods and modern molecular techniques. Bench scale activated sludge reactors were operated at different SRTs under varying DO levels and temperatures over a 21-month period.  Real-time PCR assays were used to determine cell concentrations of total bacterial 16S rDNA, a gross measure of biomass content, the amoA gene, a measure of ammonia-oxidizing bacteria (AOB), and the Nitrospira 16S rDNA gene, a measure of nitrite-oxidizing bacteria (NOB).  As expected, gravimetric biomass and total bacterial 16S rDNA levels increased with increasing SRT. Ammonia oxidation rates and N. oligotropha-type AOB concentrations did not follow similar trends with respect to changes in SRT, temperature, and DO nor were they highly correlated. The concentration of available nitrite and SRT were positively correlated with Nitrospira cell densities, while DO concentration and temperature were negatively correlated with NOB levels. The percentage of the total population comprised of AOB and NOB obtained with the real-time PCR assays were compared to predicted values estimated from design equations using typical kinetic parameters. While the percentages of NOB measured using the real-time PCR assay corresponded very well with the predicted values, the measured percentages of AOB were much lower than those estimated from the design equations, suggesting that N. oligotropha-type AOB were not the dominant ammonia-oxidizing species in these reactors.  This publication can be purchased and downloaded via Pay Per View on Water Intelligence Online - click on the Pay Per View icon below