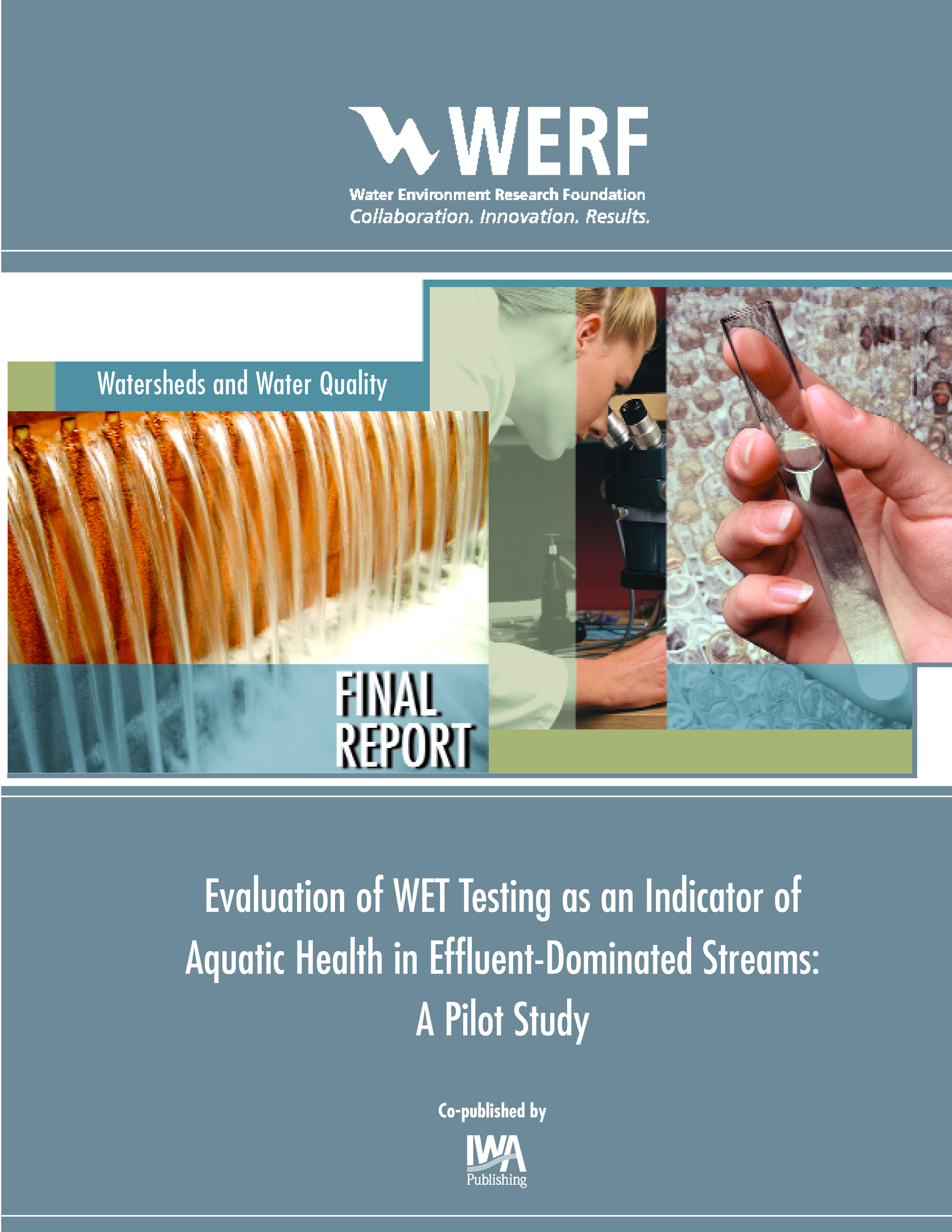 This project evaluated the quality of data needed to determine relationships between chronic Whole Effluent Toxicity (WET) test results and in-stream biological condition. A data quality objectives approach was used, which included several proposed measurement quality objectives (MQOs) that specified desired precision, bias, and sensitivity of methods used. Six facilities (four eastern and two western U.S.) participated in this study, all having design effluent concentrations > 60% of the stream flow. In accordance with a Quality Assurance Project Plan most of the facilities completed four quarters of chronic Ceriodaphnia dubia, and Pimephales promelas (fathead minnow) WET tests, and three quarters of Selenastrum capricornutum (green algae) WET testing following the most recent USEPA methods. Several other WET tests were conducted to address MQOs including splits, duplicates, and blind positive and negative controls. Macroinvertebrate, fish, and periphyton bioassessments were conducted at multiple locations up and downstream of each facility following the most recent USEPA Office of Water bioassessment protocols.

Test acceptance criteria were met for most WET tests, however, this study demonstrated the need to incorporate other MQOs in a full study (such as minimum and maximum percent significant differences and performance on blind samples) to ensure accurate interpretation of effluent toxicity. More false positives, lower test endpoint (i.e., higher toxicity), and more "failed" (non-compliant) tests were observed using No Observed Effect Concentrations (NOEC) as compared to IC25s (concentration causing >= 25% decrease in organism response compared to controls). Algae tests often yielded the most effluent toxicity in this study, however, this test was most susceptible to false positives and high inter-laboratory variability. WET test results exhibited few relationships with bioassessment results, even when incorporating actual effluent dilution. Neither frequency of WET non-compliance nor magnitude of WET were clearly related to differences in biological condition up and downstream of a discharge for the most part. Macroinvertebrate assessments were most able to discriminate small changes downstream of the effluent, followed by periphyton and then fish. The sampling methods used were robust but a full study should collect more field replicates up and downstream of each discharge to increase detection power. Macroinvertebrate and periphyton assessments together appeared to be sufficient to address project objectives. Fish assessments could be useful as well but would entail more effort and cost per site than expended in this project, to be useful.