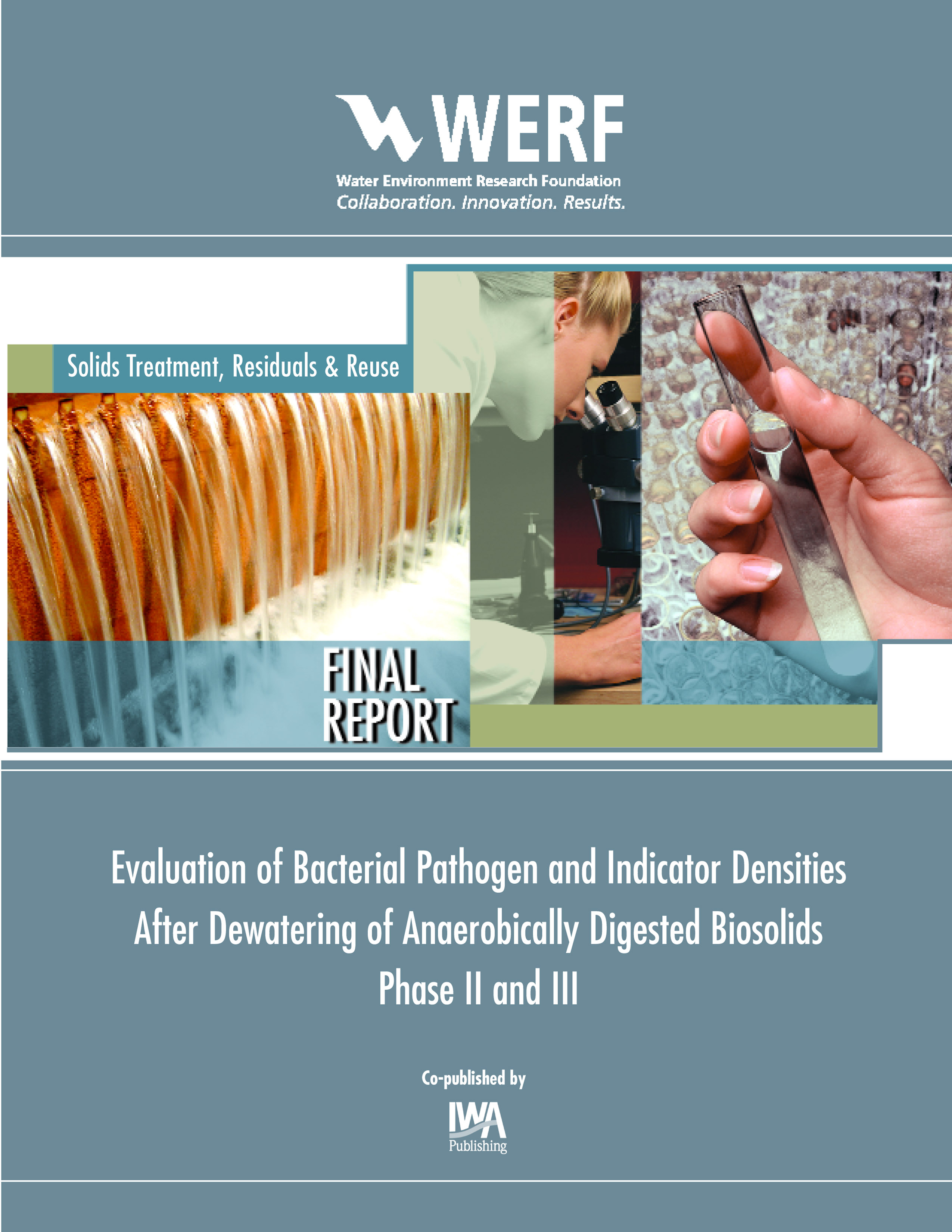 The sudden increase in indicator bacteria, including fecal coliforms (FCs) and E. coli, was evaluated at several full-scale facilities, in addition to the increase measured during cake storage. The results showed that the sudden increase was a statistically verifiable occurrence at some facilities, but not all, as was the additional increases measured during cake storage. The sudden increase and growth were much more prevalent in processes that utilized centrifuge dewatering compared to belt filter press dewatering. The sudden increase appears to be a result of the reactivation of indicator bacteria that become reversibly non-culturable (RNC) during digestion. Although other hypotheses, such as contamination and presence of inhibitors, cannot be ruled out in all cases. Only one plant that was sampled with high solids centrifugation did not show reactivation and/or regrowth and this plant was different from others in that it utilized thermophilic reactors in series. The results showed a good correlation between the digestion temperature and the reactivation potential and amount of reactivation measured after dewatering. As temperature of digestion increased, the amount of reactivation increased (for plants with reactivation). Similarly, this was generally true, on average for the extent of regrowth. The digestion SRT and VS reduction did not correlate well with reactivation or regrowth.