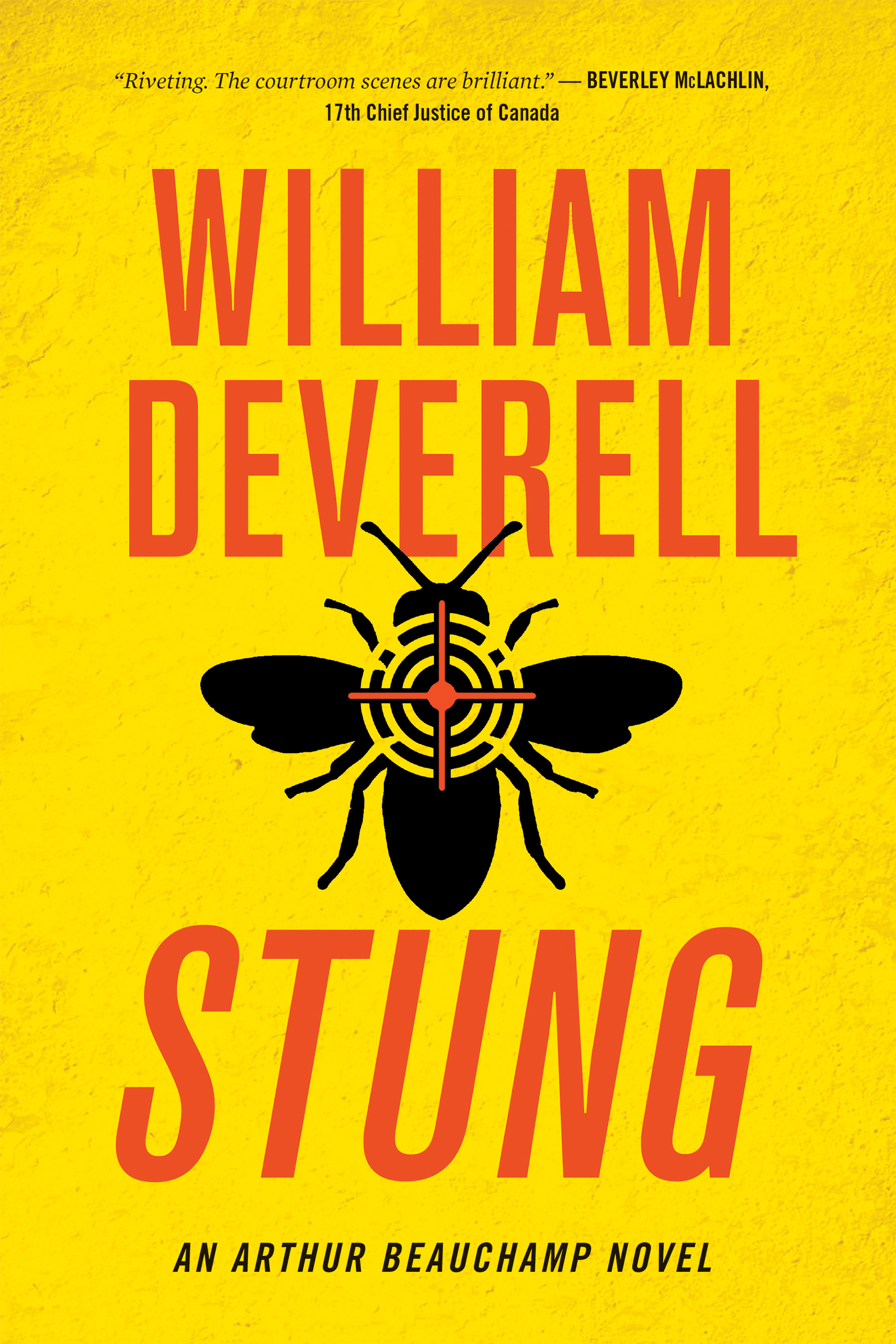 Award–winning novelist William Deverell is back with a new Arthur Beauchamp legal thriller.

Lawyer Arthur Beauchamp is facing the most explosive trial of his career: the defence of seven boisterous environmentalists accused of sabotaging an Ontario plant that pumps out a pesticide that has led to the mass death of honeybees. The story zigzags between Toronto, where the trial takes place, and Arthur’s West Coast island home, where he finds himself arrested for fighting his own environmental cause: the threatened destruction of a popular park. The Toronto trial concludes with a tense, hang-by-the-fingernails jury verdict. Realistic and riveting, Stung is a propulsive legal thriller by a beloved author at the height of his powers.

After careers as a journalist, criminal lawyer, and political activist, William Deverell turned to fiction and on his first effort won the $50,000 Seal First Novel Award. Since then, he has earned multiple prizes for his 20 published novels, including the Dashiell Hammett Prize for literary excellence in crime writing in North America, two Crime Writers of Canada Awards (formerly the Arthur Ellis Award)for best Canadian novel, and two runners-up for the Stephen Leacock Medal for Humour. He holds two honorary Doctor of Letters degrees. He lives in Pender Island, B.C.