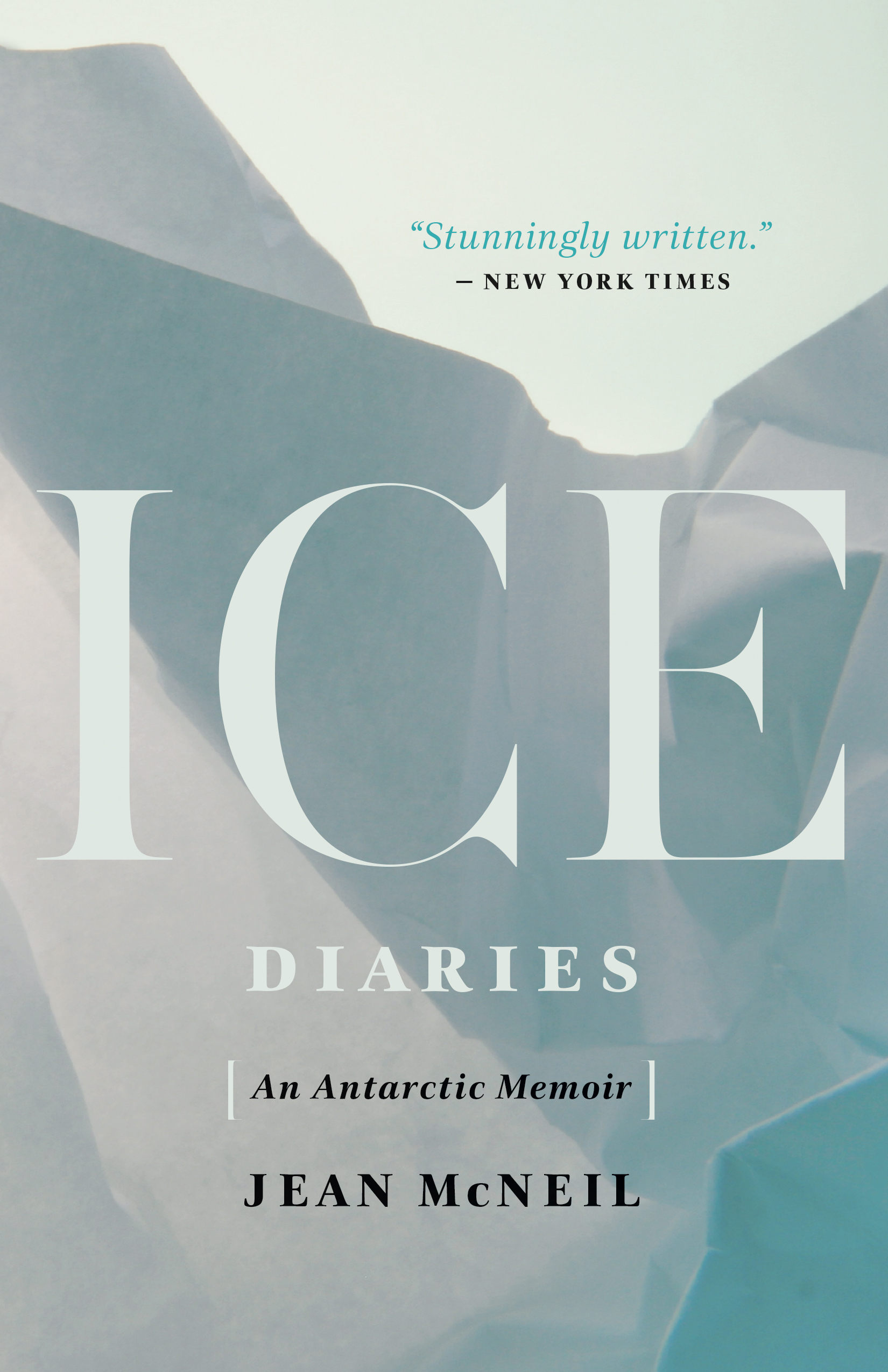 Winner of the Banff Mountain Book Festival Grand Prize and one of the Guardian’s Best Books of 2016, now in paperback.

“Ice Diaries is stunningly written and should be on the shelf of anyone fascinated by the globe’s final geographic and psychic frontier.” — The New York Times

“It's a discussion of the Antarctic as a physical landscape—its impact on the imagination—and an exploration of one person's inner world.” — The Chicago Tribune

British Canadian novelist Jean McNeil spent a year as writer-in-residence with the British Antarctic Survey, and four months on the world’s most enigmatic continent — Antarctica. Access to the Antarctic remains largely reserved for scientists, and it is the only piece of earth that is nobody’s country. Ice Diaries is the story of McNeil’s years spent in ice, not only in the Antarctic but her subsequent travels to Greenland, Iceland, and Svalbard.

In the spirit of the diaries of earlier Antarctic explorers, McNeil mixes travelogue, popular science, and memoir to examine the history of our fascination with ice. In entering this world, McNeil unexpectedly finds herself confronting her own upbringing in the Maritimes, the lifelong effects of growing up in a cold place, and how the climates of childhood frame our emotional thermodynamics for life. Ice Diaries is a haunting story of the relationship between beauty and terror, loss and abandonment, transformation and triumph.

Jean McNeil is the author of 13 books including five novels and a collection of short fiction. Her work has been shortlisted for the Governor General’s Award for Fiction and the Journey Prize, and she has won the Prism International prize for short fiction and narrative nonfiction. Her novel The Dhow House (2017) is also published by ECW; her most recent novel, Fire on the Mountain, was published in 2018. She teaches at the University of East Anglia and lives in London, England.