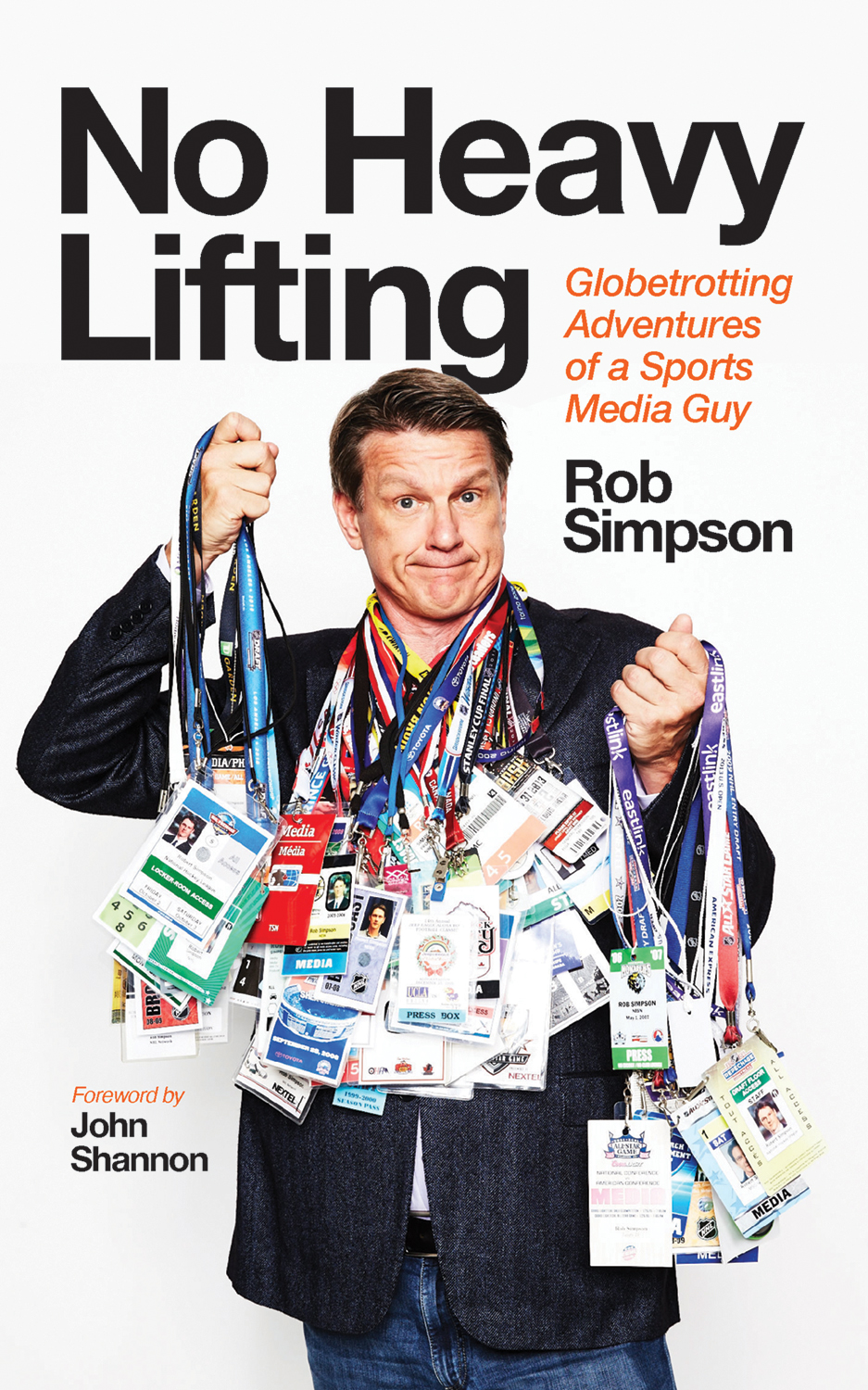 Join Rob Simpson on a dozen once-in-a-lifetime adventures in the world of international media Though he’s now known to hockey fans across North America for his NHL commentary and as co-host of the Stellick and Simmer SiriusXM radio show, Rob Simpson didn’t start his radio and TV career rinkside: his media background has taken him around the world and into uniquely unexpected situations. In No Heavy Lifting, Simpson recounts some of his wildest adventures from stints as a TV weatherman in Hawaii, a hockey reporter at the Torino Olympics, a skydiver in Idaho, and a marathoner in New York, to immigrating north of the border. Take ten grand a year out of your bank account, for ten years, and gamble it away? Check. Take a humanitarian trip to the Serengeti with a beloved NHL player whose brain damage may have led to his death? Check. Alienate and scandalize the most powerful man in Hawaiian politics? Check. Climb Mount Kilimanjaro wearing someone else’s boots and clothes? Checkmate. Featuring stories about NBA legends Kareem Abdul-Jabbar, Magic Johnson, “Dr. J” Julius Erving, and Larry Bird, and NHL superstars Zdeno Chara, Joe Thornton, Steve Montador, Scott Gomez, Domenic Moore, and Nicklas Lidström, this episodic memoir is told with Simpson’s arch sense of humor.

Rob Simpson is one of the only human beings in the last five years to bridge the rivalry between TSN and Rogers Sportsnet, having done live reporting and play-by-play for both. Simpson co-hosts a national radio talk show on NHL Network radio and used to host NHL Live in New York. He lives in Toronto; find him on Twitter @simmerpuck. John Shannon, a former longtime hockey broadcast executive, is a Sports Emmy Award-winning analyst and a current panelist on Sportsnet’s Hockey Central.