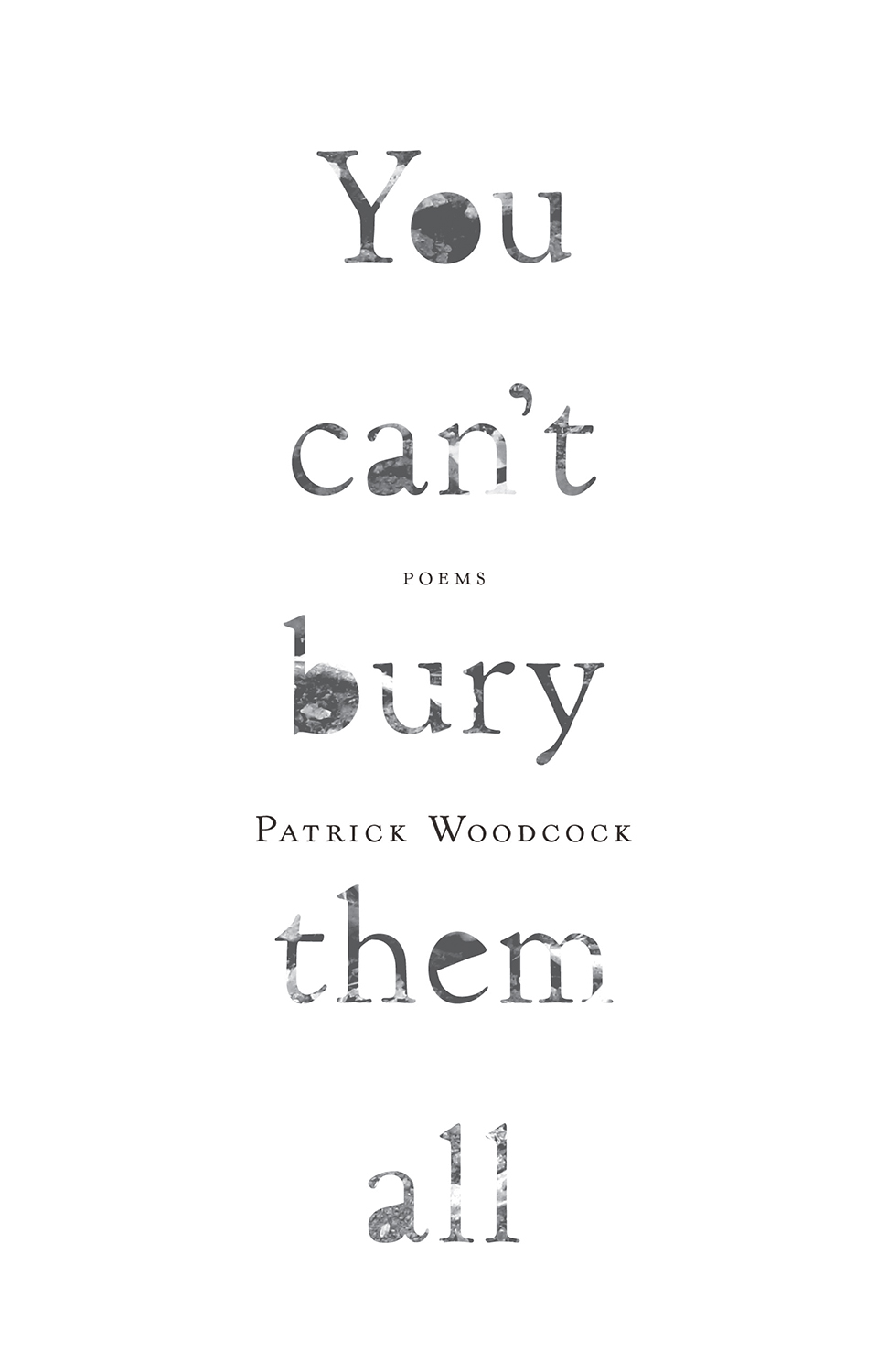 You can’t bury them all

Poetry that is at once harrowing, angry, and achingly beautiful Patrick Woodcock has spent the past seven years engaging with and being shaped by the people, politics, and landscapes of the Kurdish north of Iraq, Fort Good Hope in the Northwest Territories, and Azerbaijan. His powerful new collection offers a poetry that simultaneously explores hope and horror while documenting the transformative processes of coping. You can’t bury them all follows the narratives we construct to survive the tragic failures of our humanity to their very end: everything that’s buried by snow, dirt, and ash, just like everything that’s buried by politics, homophobia, sexism, racism, religion; and history is resurrected, demanding to be heard and addressed. In Woodcock’s poetry, how we deal with what resurfaces is the key. What do those who suffer really mean to those who have abandoned them to small, conscience-soothing charitable donations or the occasional tweet? How can the poet, or anyone else, sleep at night knowing homosexuals are being thrown off building tops, after one steps into a hole and finds an abandoned corpse in an Azeri cemetery, or after the elders of an Aboriginal community are left helpless against those who only want to exploit them? Still, You can’t bury them all demonstrates that the world is not just the horrific place the media often portrays. In each of the worlds he touches, Woodcock discovers a spirit and strength to celebrate.

Patrick Woodcock is the author of nine books of poetry and countless reviews. His work has been translated and published in 14 languages. Woodcock has lived and worked in such diverse countries as Iceland, Poland, Russia, Bosnia and Herzegovina, Colombia, Oman, Saudi Arabia, the Kurdish north of Iraq, and most recently Azerbaijan. Within Canada he has travelled from the west to east coasts as well as volunteered for almost a year with the elders of Fort Good Hope, Northwest Territories, just 20 kilometres south of the Arctic Circle.