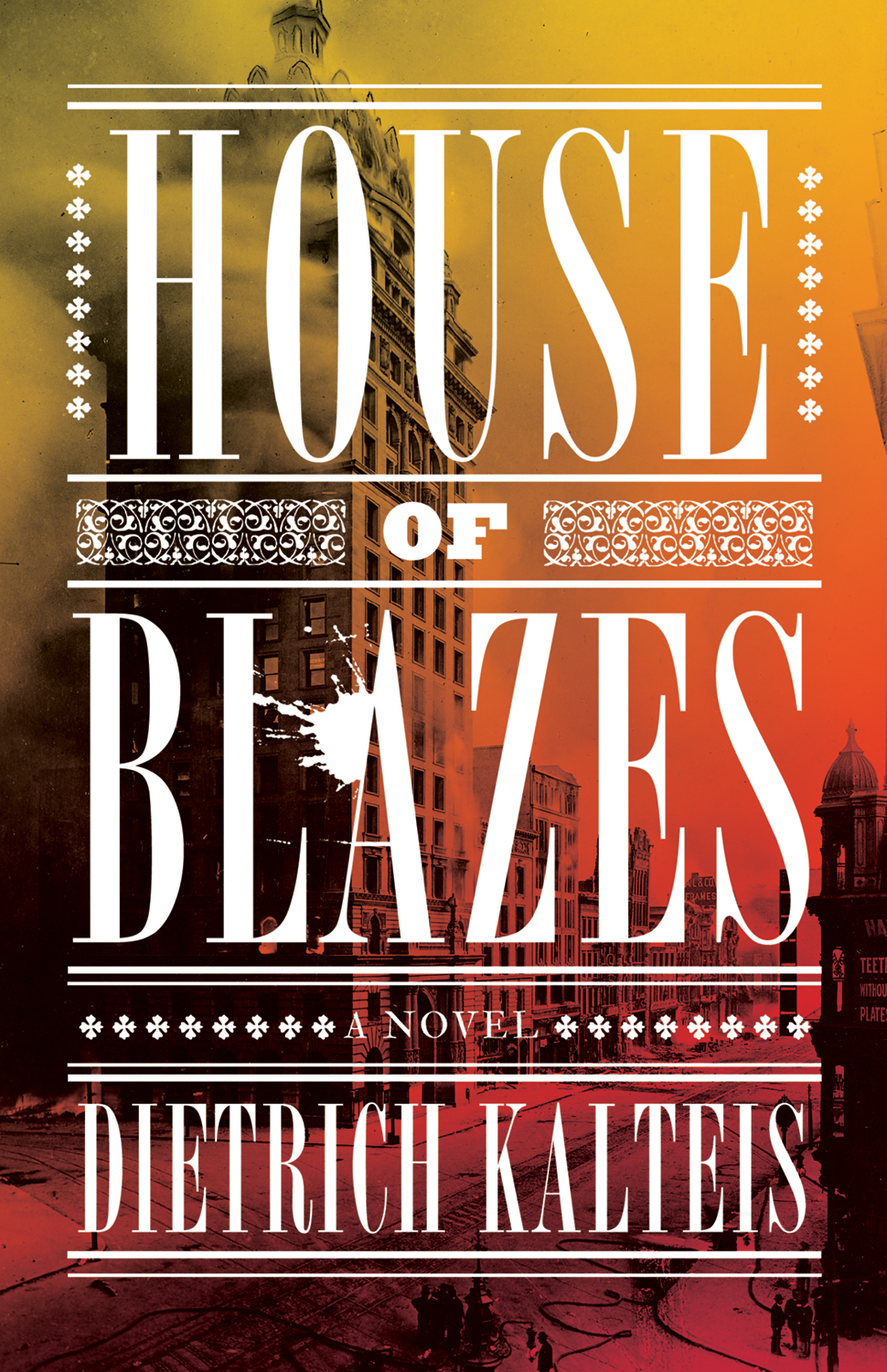 Levi Hayes is out for gold ? and blood ? in this high-magnitude historical tear through the mean streets of San Francisco

In the days before the great earthquake and fire of 1906, Levi Hayes returns from San Quentin Prison with a plan. After serving five years for the theft of $30,000 in gold coins from the San Francisco Mint, he’s ready to take back what’s his and exact revenge on the now-powerful Healey brothers who set him up and had his barroom, House of Blazes, seized by court order.

To get back his bar Levi recruits his nephew, Mack Lewis, telling him the gold coins wait hidden behind one of its cellar walls. Their wild scheme propels them through saloon halls, gambling dens, back alleys, and brothels before it backfires. In lock-up as the earthquake hits, Levi and Mack must escape the collapsing building and burning city to get to the gold coins, with Quinn Healey determined to get his own revenge on them.

Dietrich Kalteis is the author of three crime novels, Ride the Lightning (which won a bronze medal in the 2015 Independent Publisher Awards and was hailed as one of the best Vancouver crime novels), Triggerfish, and The Deadbeat Club. More than 40 of his short stories have been published internationally, and his screenplay, Between Jobs, was a finalist in the Los Angeles Screenplay Festival. He resides with his family in West Vancouver and is currently working on his next novel.