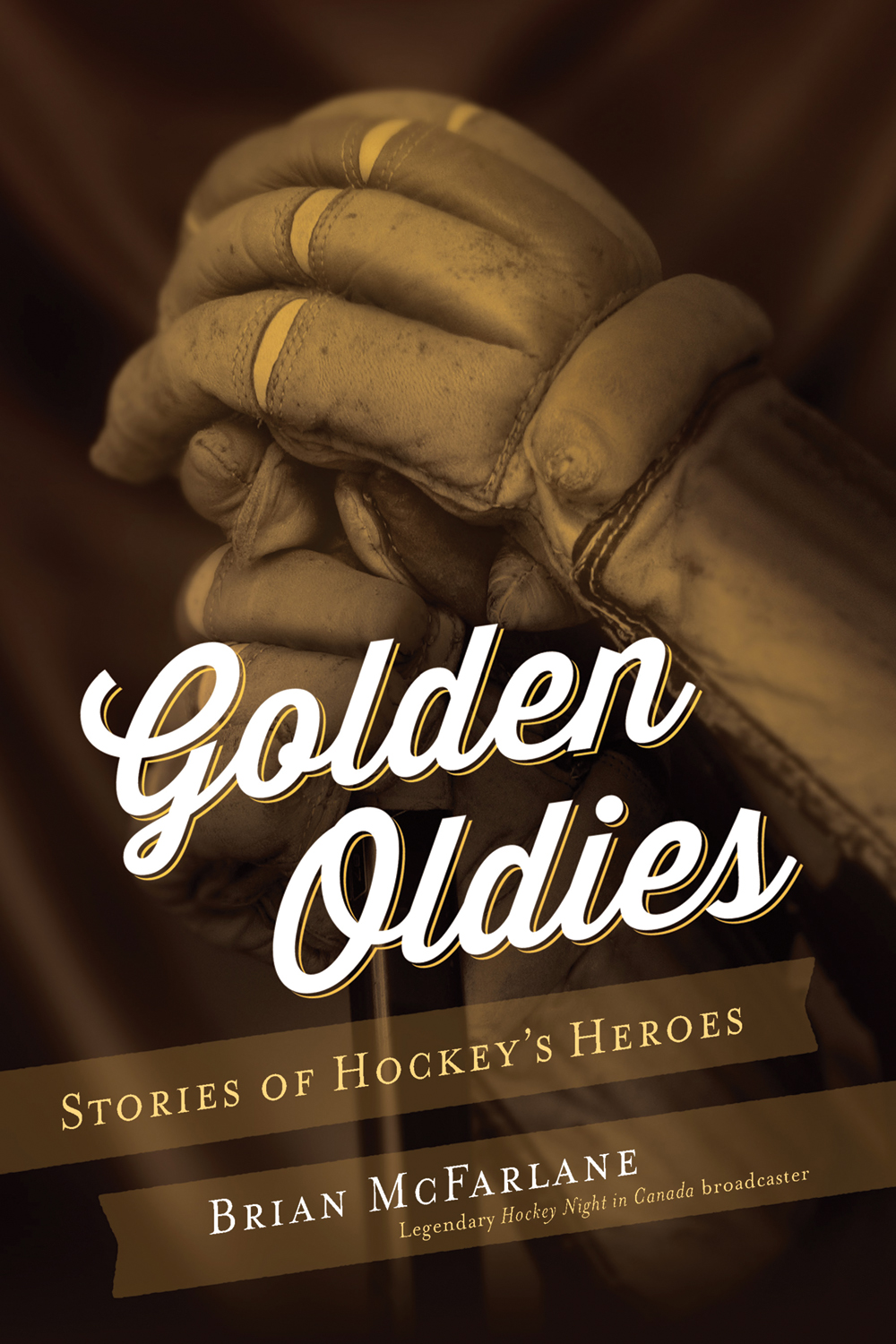 A heartfelt addition to McFarlane’s epic canon of hockey writing

From its moving introductory homage to the late Jean Béliveau, to its subtle, remarkable considerations of how the sport was shaped by legends like Newsy Lalonde, Gordie Howe, Dick Irvin Sr., Ted Kennedy, and Hobey Baker, to its poignant lament for the untimely death of American hockey hero “Badger” Bob Johnson, Golden Oldies is the product of a lifetime love of hockey and a career in the game that spans six decades.

Golden Oldies explores the life of Sprague Cleghorn, a pioneer tough guy who went from the bright lights of Broadway to a boondock in the Ottawa Valley to stardom before and during the first years of the NHL. It follows the trail of Patsy Guzzo and his RCAF mates in 1948, ridiculed at home but rewarded with Olympic gold in Europe. And it chronicles the career-ending injuries to Ace Bailey, the last Leafs NHL scoring leader, the shameful treatment of the Canucks’ Mike Robitaille, and the horrific and near fatal injury suffered by Buffalo goalie Clint Malarchuk.

The lighter side of the game is also well represented, with laughs aplenty supplied by men like the irrepressible Frank “King” Clancy and the unpredictable Eddie “Clear the Track” Shack.

Brian McFarlane is known as Canada’s foremost hockey historian. For three decades he served as a host and commentator on Hockey Night in Canada. Before that, he became the first Canadian to work on U.S. hockey telecasts when he was employed by CBS in 1960 and did most of his interviews on skates. In the ’70s, he worked on the NBC telecasts and introduced the world to the beloved cartoon character Peter Puck. Brian has written more than 80 books on hockey, and in 1995 he was inducted into the media section of the Hockey Hall of Fame. He lives in Stouffville, Ontario.