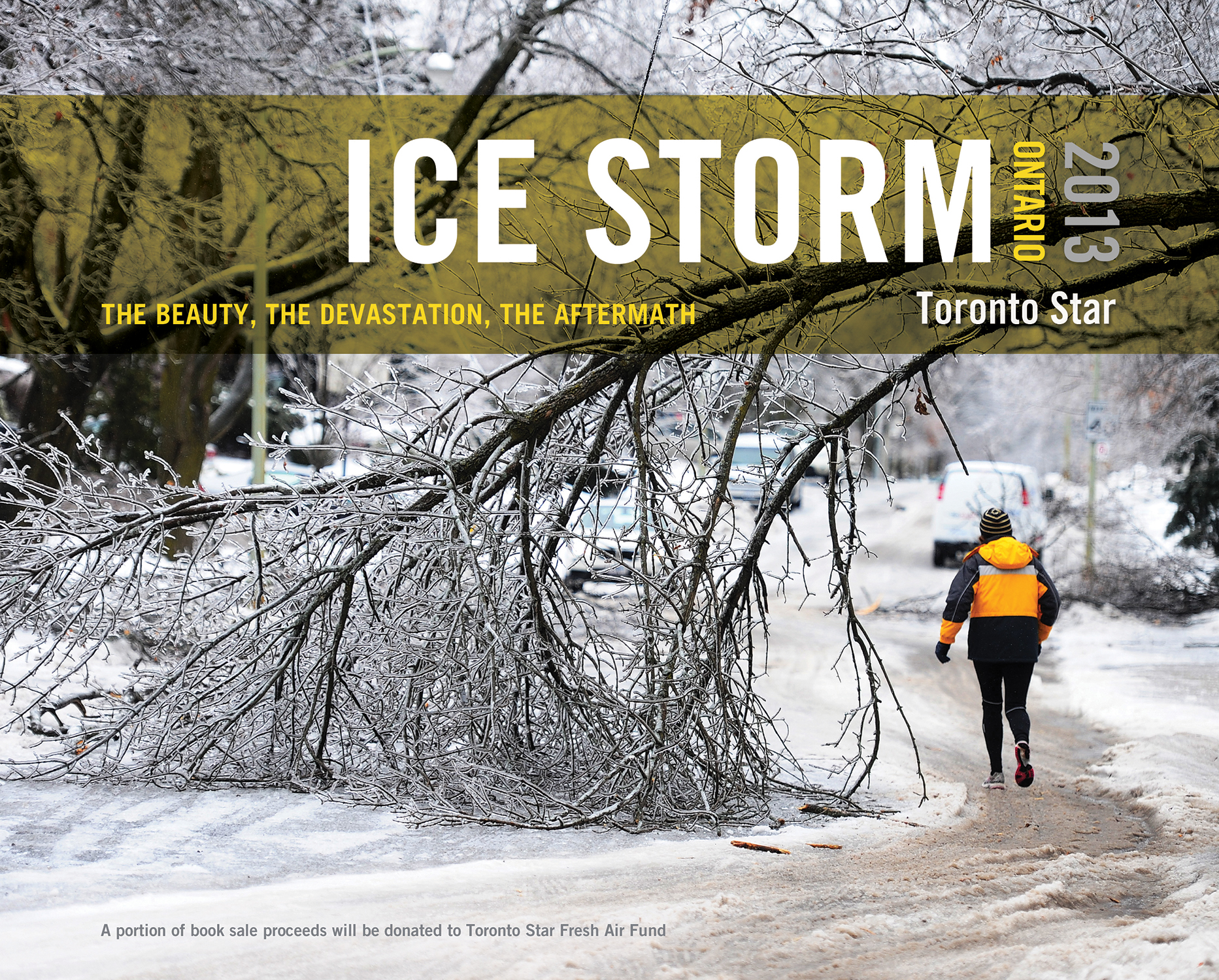 The Beauty, the Devastation, the Aftermath

On December 22, 2013 as eastern Canadians were getting ready for the holidays, a bizarre weather system brought crippling freezing rain to central and eastern Ontario, Quebec and New Brunswick. Over 300,000 people lost power in Toronto alone and 70,000 were still without it on Christmas morning. Officials estimate that 40% of power lines in the GTA were affected and more than 20% of Toronto’s tree canopy was destroyed. Hundreds of flights were cancelled and trains could not run because of the amount of ice on the tracks. In Kingston, they skated on the streets. In late January, cities and towns along the storm’s corridor are still dealing with the fallout of the storm’s damage and financial estimates for clean-up and repair continue to rise.

Ice Storm 2013 documents our worst storm in over two decades. With photos from the Toronto Star’s award-winning photographers and additional pictures from members of the public who captured what was happening around them, the book provides a vivid record of the beauty and destruction of this powerful storm. From downed trees to ice-draped berries, and from neighbours’ open doors to heroic and tireless hydro workers, the stories of the ice storm come alive in this beautiful keepsake book.

A portion of the proceeds from this book will be donated to the Star Fresh Air Fund.