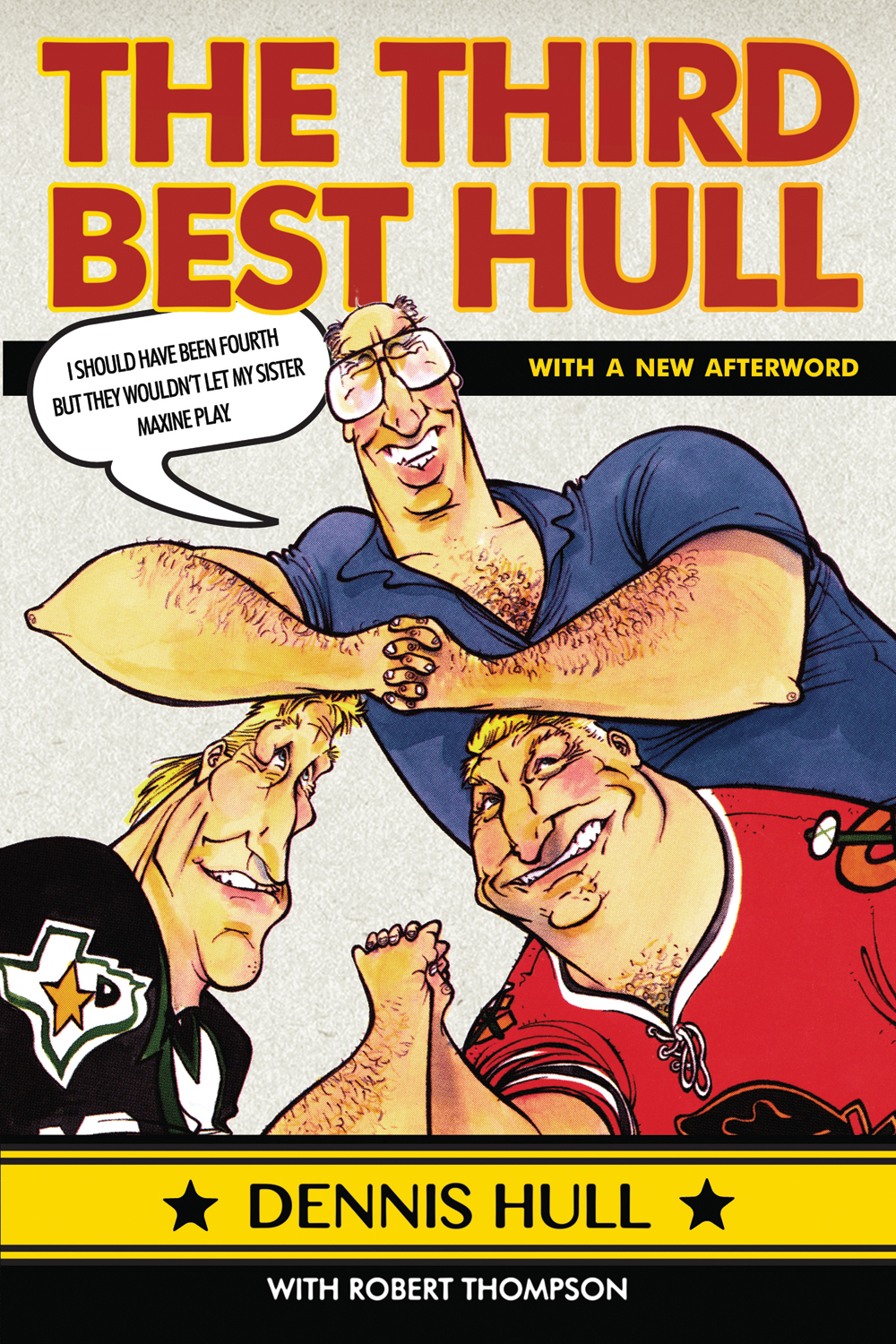 A much-loved memoir now back in print Hockey legend Gordie Howe once said there were two superstars in the Hull family: Bobby, the Golden Jet and one of the greatest players ever to tie up a pair of skates, and his brother Dennis, who had a solid career with the Chicago Blackhawks, and is now one of the most sought-after public speakers in North America. In The Third Best Hull, Dennis Hull outlines his life in hockey with humorous anecdotes, insights, and stories. Not just another sports autobiography, this book provides insight into the life of a hockey star without taking itself too seriously. You’ll find out about the time Hull taught Guy Lafleur to speak English; how he once won a coin toss worth $250,000; and about his ongoing rivalry with Henri Richard, the younger brother of the legendary Canadiens great Maurice Richard. Along the way, Dennis gives the reader an account of the famed 1972 Russia–Canada series and speaks with stunning candour about his brother, Bobby, his nephew and St. Louis Blues’ star Brett Hull, and hockey legends like Howe, Ken Dryden, and Bobby Orr. The Third Best Hull was originally released in 1998. This edition includes new photos and brings the Hull family story up to date.

Dennis Hull splits his time between Myrtle Beach, South Carolina, and his home in Welland, Ontario. He has been a featured speaker throughout North America and has been the master of ceremonies at numerous NHL awards banquets, including the 1998 All-Star game. Robert Thompson is a writer living in London, Ontario. His other books include Always Fresh: The Untold Story of Tim Hortons by the Man Who Created a Canadian Empire and Going for the Green: Conversations with Canada’s Business and Political Elite.