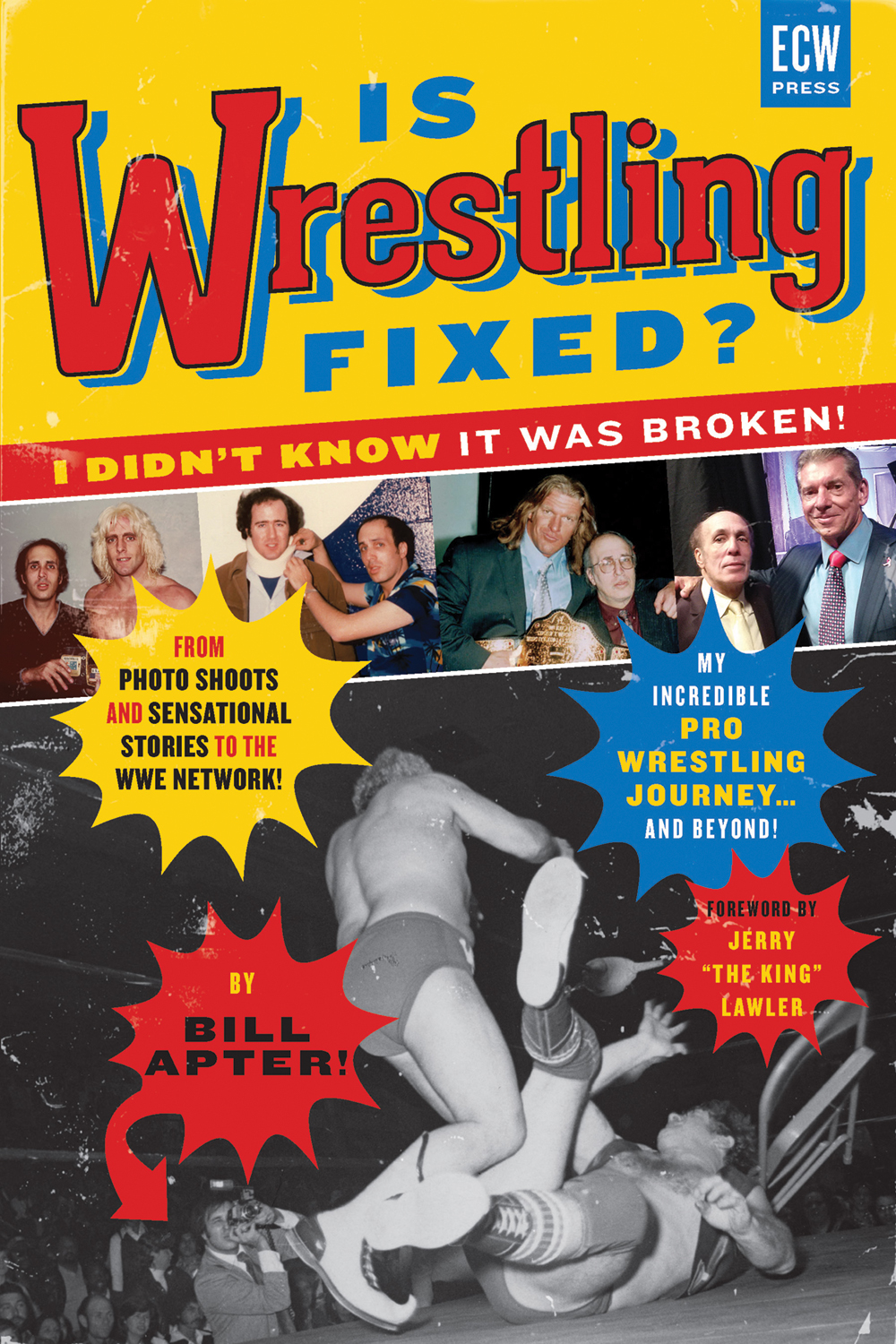 Is Wrestling Fixed? I Didn't Know It Was Broken

The anticipated memoir from a sports entertainment fandom legend

As a kid growing up in New York in the late ’50s, Bill Apter fell in love with professional wrestling, and it wasn’t long before he was rubbing shoulders with the greats as a young reporter and photographer. He’s since become the world’s best-known wrestling magazine personality, and he’s had professional and personal relationships with a who’s-who of the business, like Triple H, Hulk Hogan, The Rock, Sting, and Ric Flair.

In his fun-loving memoir, Bill Apter takes us from the dressing rooms of the Bruno Sammartino era and the last days of the territories, to the birth of WrestleMania, the emergence of ?Stone Cold” Steve Austin and the ?Attitude Era,” to today’s WWE Superstars like John Cena, Daniel Bryan, and Roman Reigns. He also shares stories of his days photographing boxing stars like Muhammad Ali and other champions, and he documents his appearances on the WWE Network and his work as editor of 1wrestling.com.

Find out which wrestler threatened him, learn about the dead wrestler who was really alive, and discover how hanging out with Andy Kaufman led to the comic’s notorious feud with Jerry ?The King” Lawler.

From his days as a magazine writer, photographer, broadcaster, wrestling convention host, and special guest on hundreds of wrestling TV programs, Bill Apter has become a legend in his chosen field. His career spans an amazing 50 years and is still going strong. Bill is a native of New York City, currently living with his family in the ’burbs of Philadelphia, Pennsylvania.