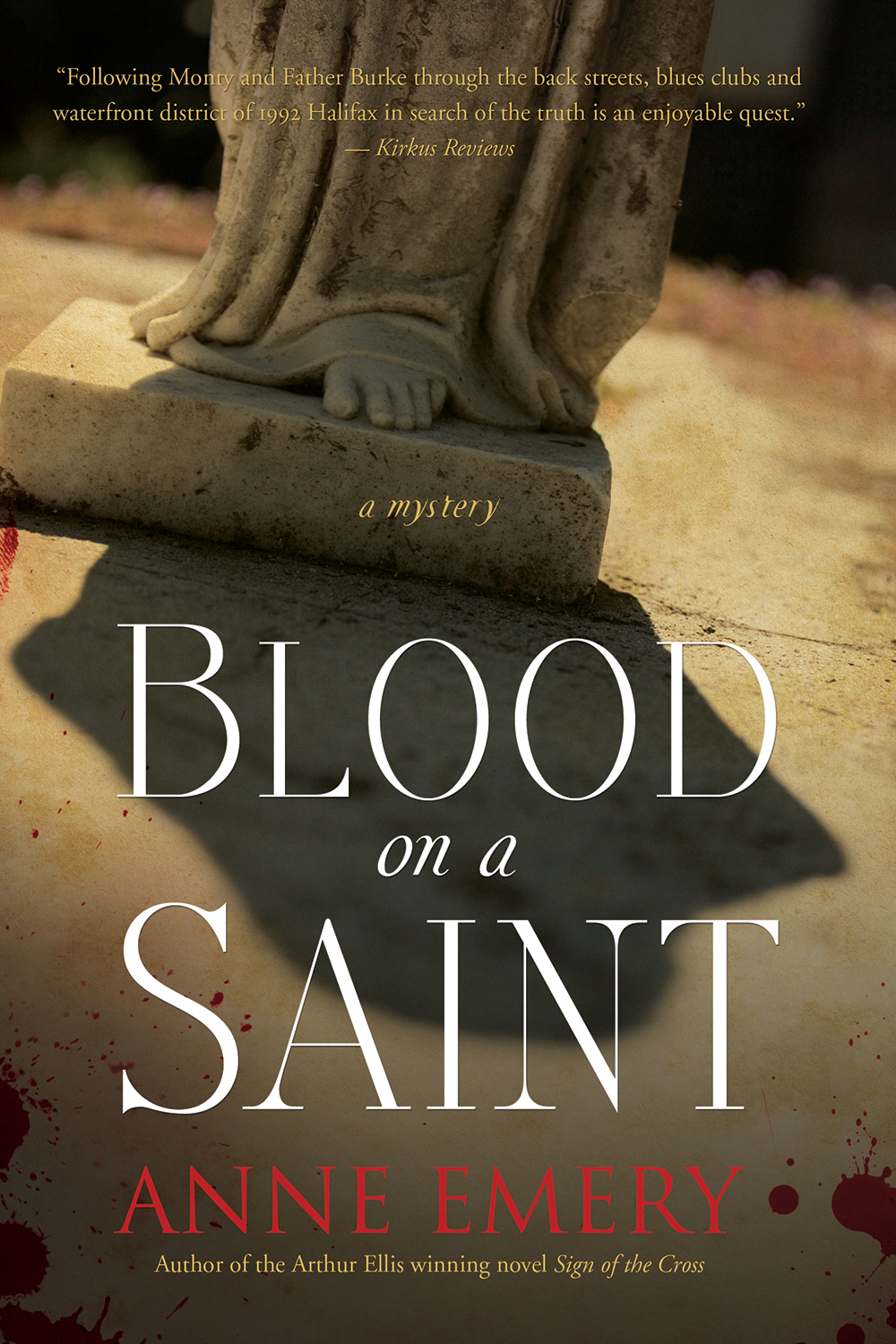 Blood on a Saint

Award Winning mystery author Anne Emery returns with another installment in the Collins-Burke mystery series “The writing bustles with energy, and with smart, wry dialogue and astute observations about crime and religion.” — Ellery Queen Mystery Magazine Father Brennan Burke’s patience is tested to the limit when a young woman announces to the world that the Virgin Mary has appeared to her in his churchyard, and hordes of pilgrims, souvenir hawkers, and reporters converge on the scene. But, as unwelcome as these guests may be, they pale in comparison to yet another aggravation in Father Burke’s life, a controversial talk show host who clashes with Burke the minute he arrives in town. Events take a darker turn when a body is found at the apparition site, and the talk show host is picked up for the murder. There is enough aggravation to go around, as lawyer Monty Collins learns when he takes on the loud-mouthed TV man as a client. Monty and Brennan both have a stake in uncovering the truth about the murder, and learn disturbing things about the accused and other suspects in the case. Problem is, Monty and Brennan cannot talk to each other about what they find out, because one is bound by solicitor-client confidentiality and the other by the seal of the confessional. About the Collins-Burke Mysteries This multi-award-winning series is centred around two main characters who have been described as endearingly flawed: Monty Collins, a criminal defence lawyer who has seen and heard it all, and Father Brennan Burke, a worldly, hard-drinking Irish-born priest. The priest and the lawyer solve mysteries together, but sometimes find themselves at cross-purposes, with secrets they cannot share: secrets of the confessional, and matters covered by solicitor-client confidentiality. The books are notable for their wit and humour, and their depiction of the darker side of human nature ? characteristics that are sometimes combined in the same person, be it a lawyer, a witness on the stand, or an Irish ballad singer who doubles as a guerrilla fighter in the Troubles in war-torn Belfast. In addition to their memorable characters, the books have been credited with a strong sense of place and culture, meticulous research, crisp and authentic dialogue, and intriguing plots. The novels are set in Nova Scotia, Ireland, England, Italy, New York, and Germany. The series begins with Sign of the Cross (2006) and continues to the most recent installment, Postmark Berlin (2020).

Anne Emery is a lawyer and the award-winning author of the Collins-Burke mystery series set in her hometown of Halifax, Nova Scotia. Her first book, Sign of the Cross, won the Arthur Ellis Award for Best First Novel. The fifth book in the series, Children in the Morning, won a silver medal in the 2011 Independent Publisher Book Awards and the 2011 Dartmouth Book Award for Fiction. Reviewers have compared Emery to Robert Daley, Sara Paretsky, and William X. Kienzle.