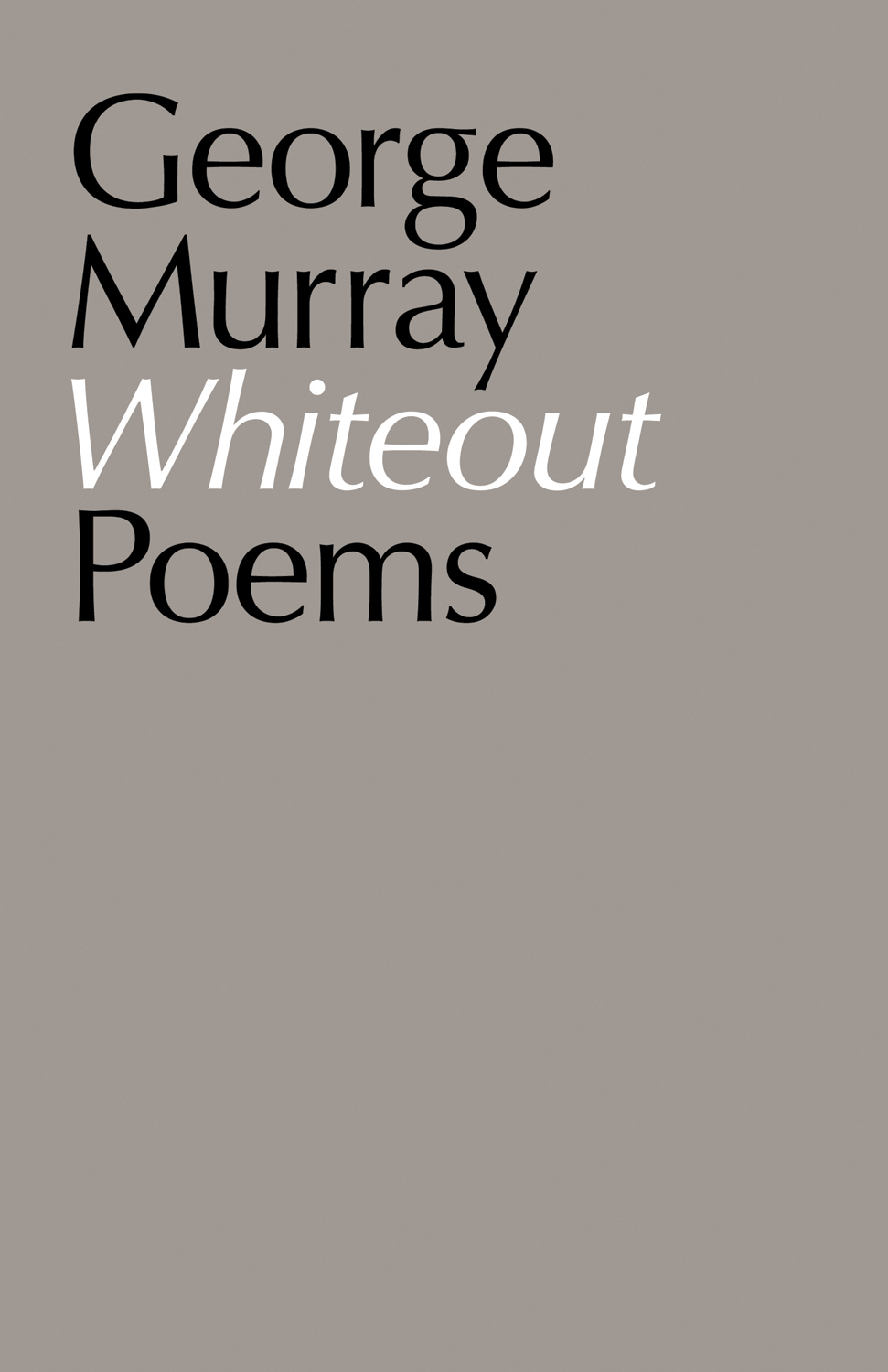 Poetry that explores how accidental voyeurism can force reconsideration and reconciliation White·out: n. a surface condition … in which no object casts a shadow, the horizon cannot be seen, and only dark objects are discernible … Whiteout: when the heavy weather of daily life establishes the measure of the measureless; when the predatory nature of the accidental conjures cowboys and the comatose; when the sickly sweet pop of life underfoot contrasts the televised image, shrinking to a pinprick. Whiteout: calques and towers, twin polar storms, falling, burning. Whiteout: “a book of white nothing.” George Murray’s sixth collection has been a decade in the making. At once taut, tender and terrifying, haunted and haunting, Whiteout shatters convention in the collision of order and rage, formlessness and hard-won serenity.

GEORGE MURRAY is the author of five previous books of poetry, including Glimpse (2010), The Rush to Here (2007), and The Hunter (2003). His work appears in magazines and anthologies in Canada, the U.S., Britain, Europe and the Antipodes. He was the owner and editor of Bookninja.com for nearly eight years.