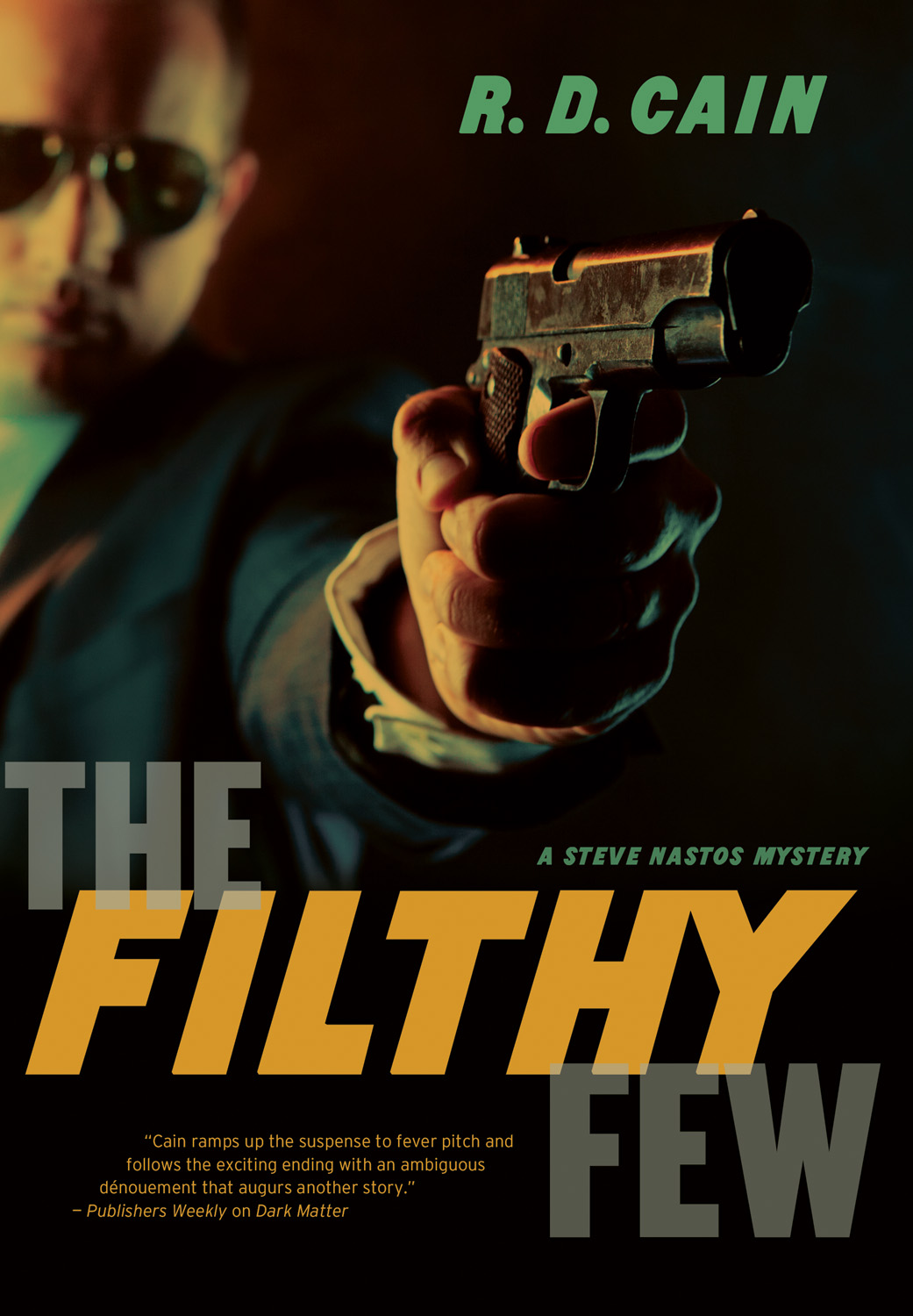 Whether cops or gang bangers, every organization has its filthy few, the people willing and able to do anything to forward their cause. Rookie police officers David Morrison and Jake Radix are determined to advance their careers in the drug squad by any means necessary.

No longer on the force, Karen Grant is now working as a journalist and one of her two sources has just been murdered in what police have written off as a drug deal gone bad. When Grant and witness Ann Falconer become hunted themselves, Grant can think of only one person to turn to: ex-partner and disgraced detective Steve Nastos and his lawyer friend Kevin Carscadden. When the rookie cops, outlaw bikers, and Nastos meet in an inevitable confrontation, only those willing to cross any line are going to survive.

R.D. Cain has worked for the last 19 years in the emergency services as a paramedic, a firefighter, and currently a Canadian police officer. He is the author of Cherry Beach Express (2011) and Dark Matter (2012), the first two novels in the Steve Nastos mystery series. He lives in Trenton, Ontario.