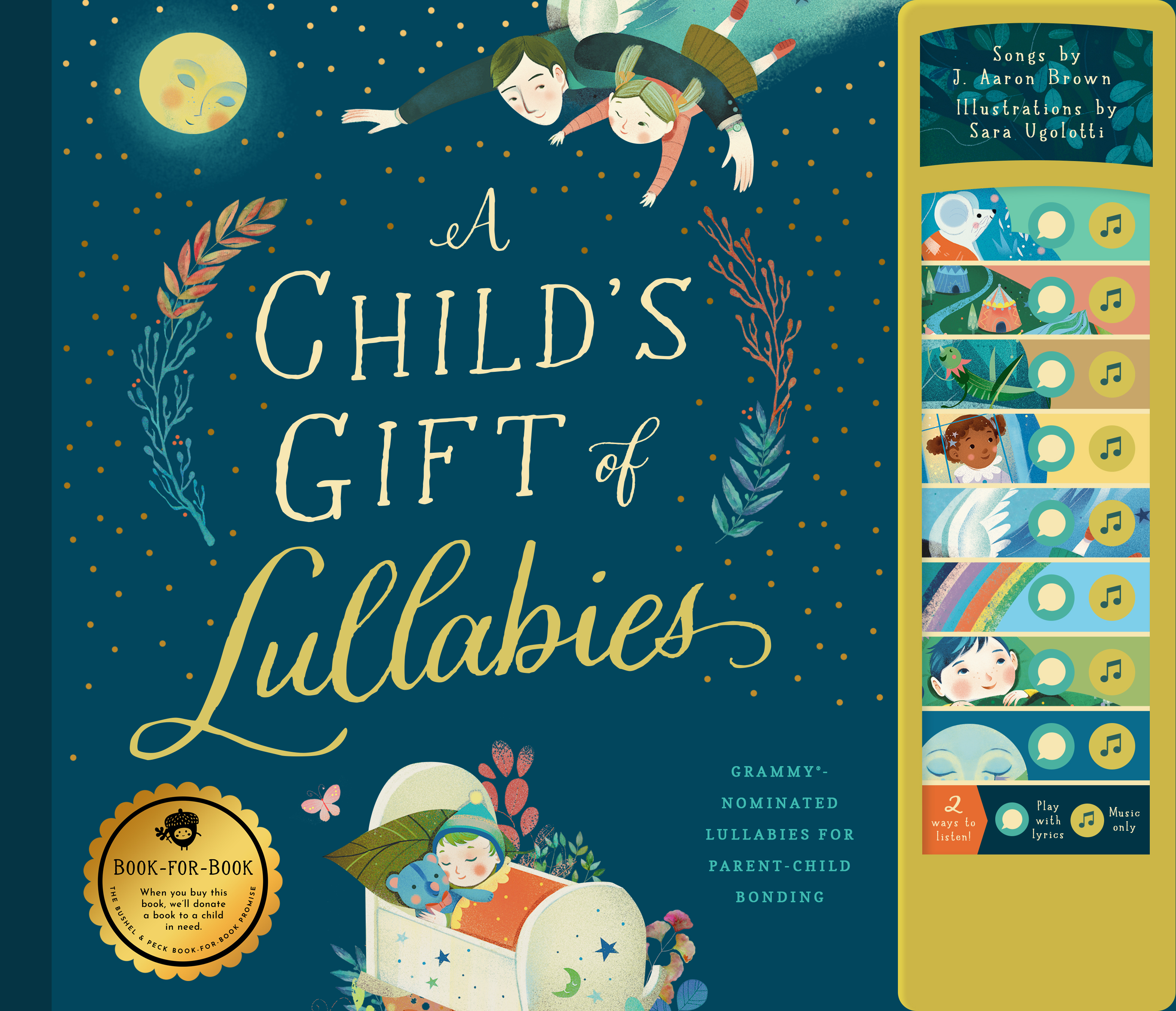 A Book of Grammy-Nominated Songs for Magical Bedtimes

The beloved songs from J. Aaron Brown's "A Child's Gift of Lullabyes"—the bestselling, Grammy-nominated lullaby album with 4.5-million recordings sold—become a bedtime book for the very first time! On each page, gorgeous illustrations accompany the lyrics from each original lullaby. On the right, a beautiful sound panel plays sweet selections from each song at the press of a button. A stunning, keepsake ticket to the land of nod.

J. Aaron Brown dreamed of creating music that parents could share with their little ones. Writing and recording songs that would provide sweet dreams and hopes of bright tomorrows, creating music and melodies that would stand the test of time and would be passed on to future generations. In pursuit of that dream, Brown and his partner, David R. Lehman, recorded A Child's Gift of Lullabyes, a collection of original lullabies with lush orchestral arrangements. Next, they staked everything on releasing and distributing it themselves. Beginning with a single specialty store in Nashville, Tennessee, and even giving away cassettes and CDs to thousands of new mothers, they relied on "word of mommy" to spread their musical message. Their marketing strategy worked beyond their wildest dreams. A Child's Gift of Lullabyes quickly earned acclaim, winning a Grammy® Award nomination and designation as a Notable Children's Recording from the American Library Association. Families everywhere have made this music a cherished part of nap time, playtime and bedtime. Brown and Lehman have produced five more collections of love songs and lullabies, and A Child’s Gift of Lullabyes recordings are available in fine gift shops, toy and department stores, mail-order catalogs and web sites. Today, J. Aaron Brown's dream has become a global reality.

Sara Ugolotti was born in a small town in Italy. In 2012, she obtained a degree in Architecture from the University of Parma, and in 2015, she earned a degree in Illustration from the International School of Comics in Reggio Emilia. Specializing in children's books, she has worked as a freelance illustrator for clients worldwide including Auzou Editions, IglooBooks, Il Battello a Vapore, Jilin Publishing Group Ltd, Oxford University Press, Rusconi Libri, and Usborne Publishing.