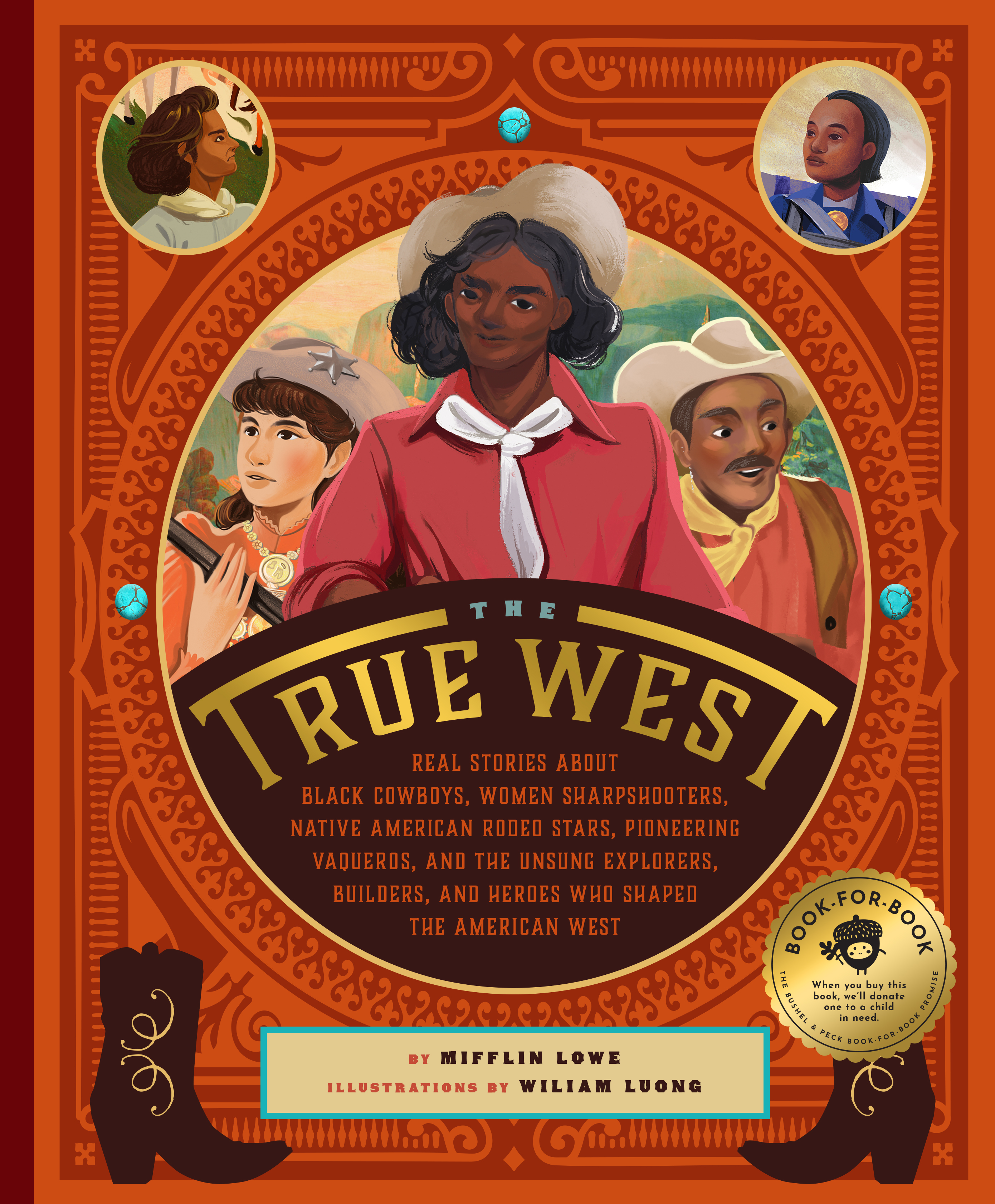 Did you know that the Lone Ranger was likely inspired by a black cowboy? Or that some of the most famous sharpshooters in the West were women? Or how a Native American rodeo star could ride even a buffalo? These are no tall tales! In fact, historians estimate that 1 in 4 cowboys were actually black, latino, or Native American-or even women! So saddle up for a tour of the Wild West with some of history's most unsung heroes and discover how the great Western story is really everyone's story.

Wiliam is an illustrator and graphic designer. He graduated from Dong Nai College of Decorative Arts as one of the top students in his class. Bestselling author, singer, songwriter, and musician Mifflin Lowe has had six books published, selling over 300,000 copies in four languages. His books include a children's poetry book, Beasts By The Bunches (Doubleday), and three humor books for adults: The Cheapskate's Handbook, I Hate Fun, and How To Be A Celebrity (Price/Stern/Sloan.) He has also performed his music for family audiences from New England to New Orleans, presenting works from his children's CDs: The King Who Forgot His Underpants, Cowboy Kareem, Wilton Wilberry's Magical Holiday Wishing Well, Cat Tales, and Beasts By The Bunches (Caedmon/Harper& Row). Recently, his animated film script, The Adventures of Cowboy Kareem, won the blue ribbon prize in the Sarasota Film Office TV/ME competition, beating out over 800 entrants from 28 states.