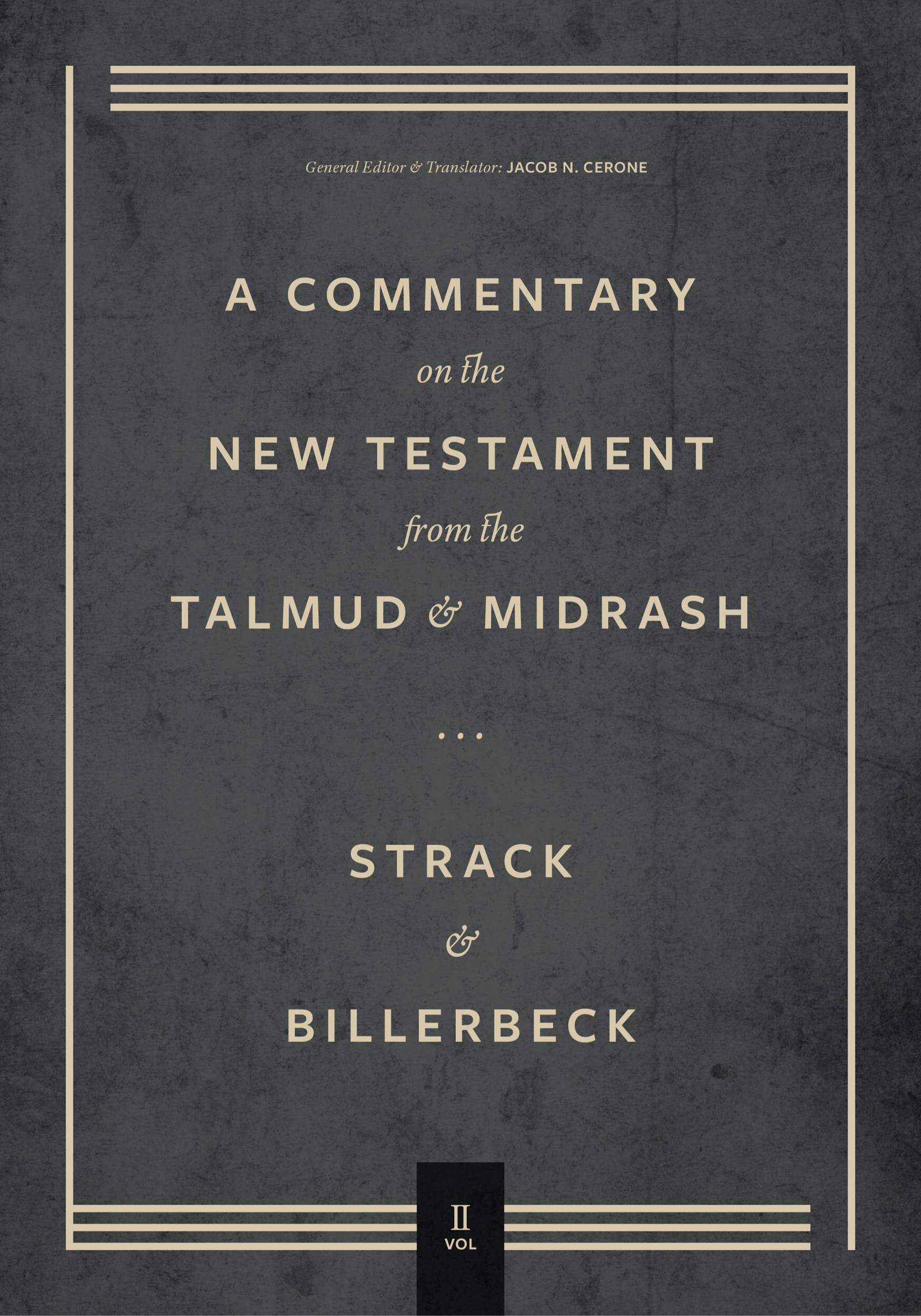 Commentary on the New Testament from the Talmud and Midrash, vol. 2

Hermann L. Strack and Paul Billerbeck's Commentary on the New Testament from the Talmud and Midrash is an important reference work for illustrating the concepts, theological background, and cultural assumptions of the New Testament. The commentary walks through each New Testament book verse by verse, referencing potentially illuminating passages from the Talmud and Midrash and providing easy access to the rich textual world of rabbinic material. Volume 2 comments on the Gospels of Mark, Luke, and John and the Acts of the Apostles.

Originally published between 1922 and 1928 as Kommentar zum Neuen Testament aus Talmud und Midrasch, Strack and Billerbeck's commentary has been unavailable in English until now.

Hermann Strack (1848–1922) was a German Orientalist and theologian. He studied rabbinics under Jewish--Bohemian scholar Moritz Steinschneider.

Paul Billerbeck (1853–1932) was a German Lutheran minister and scholar of Judaism.

Jacob N. Cerone is a doctoral candidate at the Friedrich--Alexander University at Erlangen--Nuremberg, coauthor of Daily Scriptures: 365 Readings in Hebrew, Greek, and Latin, and the editor and translator of Adolf von Harnack's The Letter of the Roman Church to the Corinthian Church from the Era of Domitian: 1 Clement.