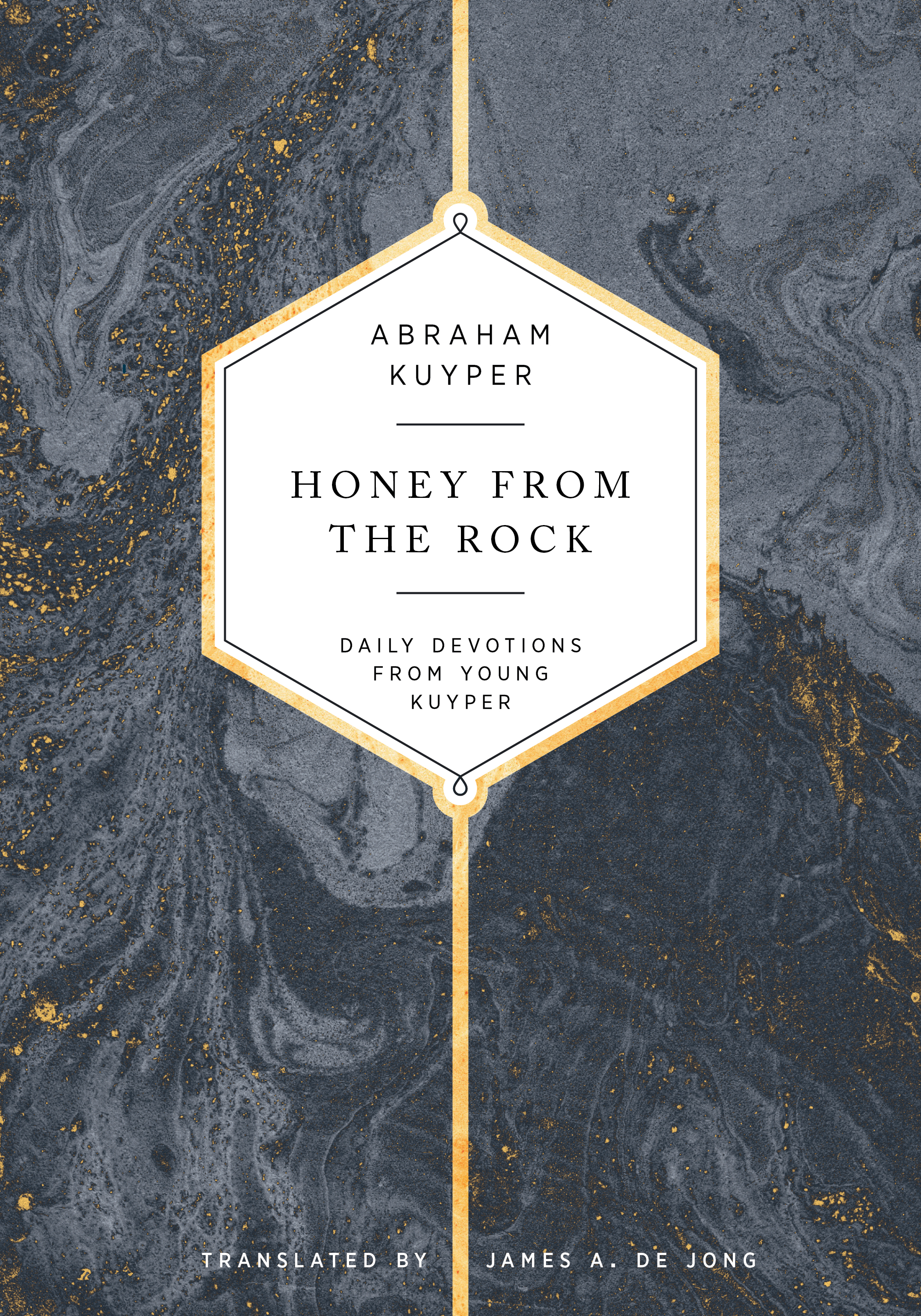 In his meditations, Abraham Kuyper reveals a side of himself unseen in his well-known theological writings. First published in 1880 and 1883 and never before translated in English, the devotions in Honey from the Rock were written for the nourishment and health of his soul. Rather than the public figure and theologian, we see a man thirsting and hungering for God's presence.

Modern readers entering this sacred space will be spiritually renewed, restored, and replenished by the light of God's Word, before returning to our daily callings. James De Jong introduces these powerful devotions from Kuyper.

Abraham Kuyper (1837-1920), a Prime Minister of the Netherlands and founder of the Free University of Amsterdam, applied a revived confessional Calvinism to all areas of modern Dutch life. The faith that inspired him and his followers in this effort is captured in his published weekly meditations. Honey from the Rock, now in translation, are the first of these to be published in book form.

James A. De Jong, retired president of Calvin Theological Seminary, graduated from Calvin (B.A. and B.D.) and the Free University of Amsterdam (Th.D.). He is widely published in the history of Reformed theology and history of missions. He has taught on the undergraduate and graduate levels and has lectured globally.