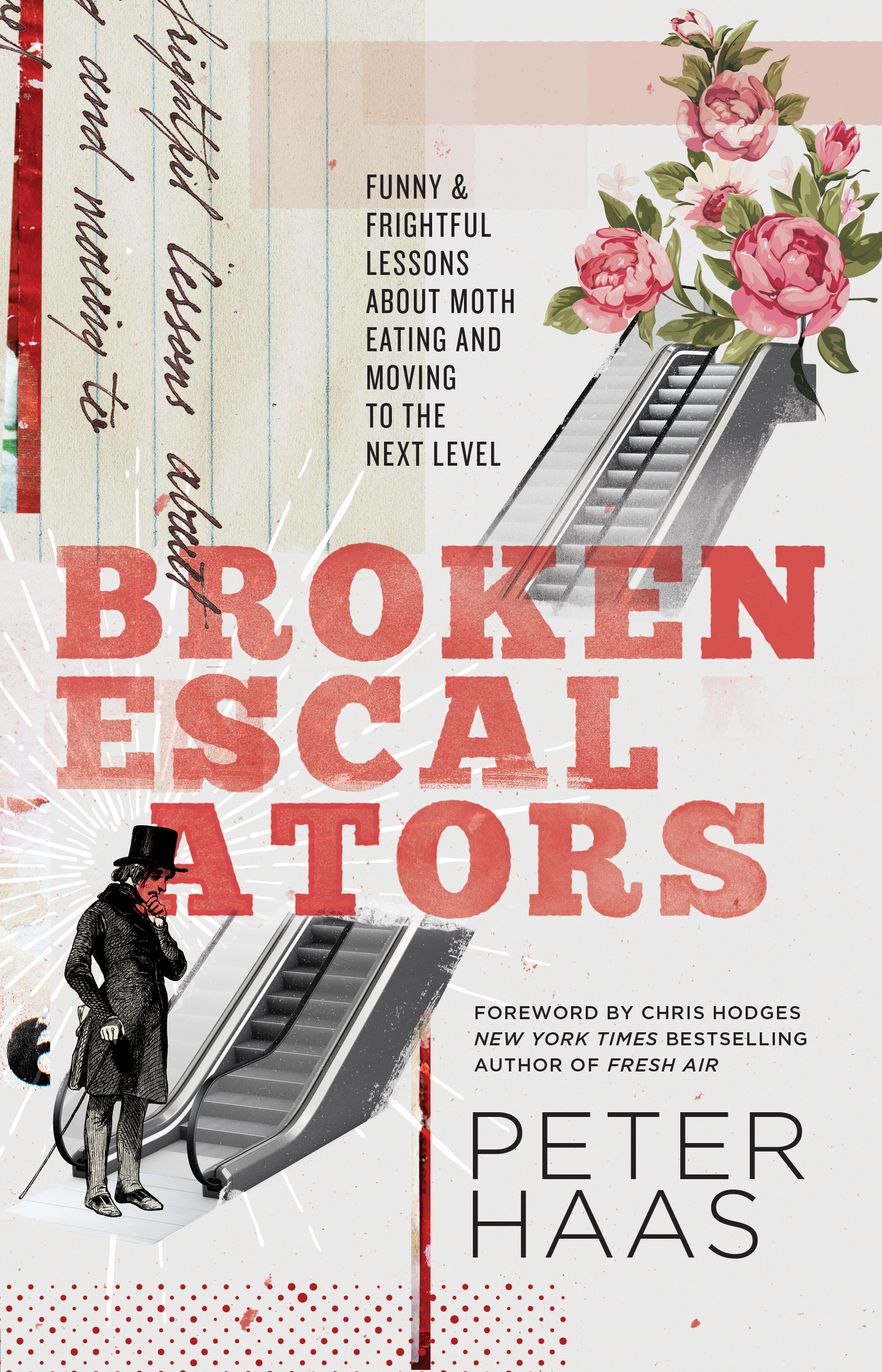 Did you know that circumstantial things like money, good looks, and geography only affect our happiness by about 10 percent? So, what accounts for the other 90 percent? Did you know that people who survive traumatic events often report higher levels of happiness? Ironically, pain is one of the greatest things that could ever happen to us! Did you know that your prayers can actually reveal your "promotability"? Amidst absurd humor, bizarre stats, and hilarious storytelling, Broken Escalators explores 10 counterintuitive myths of promotion and happiness that regularly sucker people into bad jobs, bad moves, and bad relationships. But which myths do you believe? After reading this book, you will never make decisions the same way again.

Blending his skills as a comedian, futurist, researcher, and Bible teacher, Peter Haas speaks at conferences and college events on topics ranging from spiritual growth to progressive church methods. His first national book, Pharisectomy: How to Remove Your Inner Pharisee and Other Religiously Transmitted Diseases, was released with Influence Resources and quickly became an Amazon bestseller. He and his wife Carolyn have three children and live in Minneapolis. Visit him at PeterHaas.org and SubstanceChurch.com. Follow him on Twitter and Instagram at:peterhaas1.

About the Foreword Author

Chris is a founding member of the Association of Related Churches (ARC), which has launched hundreds of churches across the U.S and abroad since 2001. He also founded a coaching network called GROW, which trains and resources pastors to help them break barriers and reach their growth potential. Chris is the founder and president of Highlands College, a ministry training school that trains and launches students into full-time ministry careers.

Chris holds an MA from Southwestern Christian University. He and his wife, Tammy, have five children and live in Birmingham, Alabama. He speaks at conferences worldwide and is the author of Fresh Air and Four Cups.