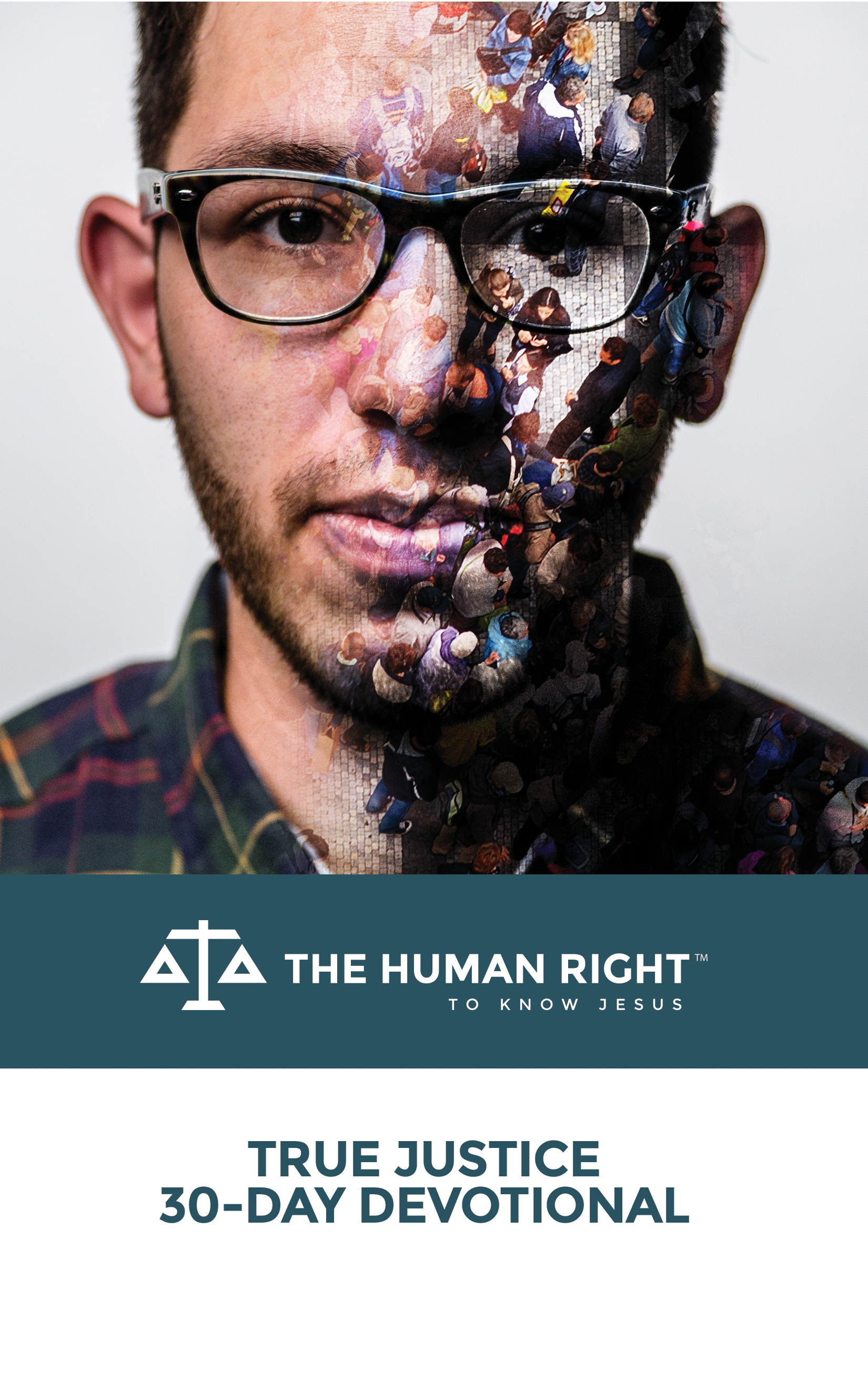 The Human Right to Know Jesus

If you are looking for a devotional that is a quick read each day, this is NOT the one for you. But if you want to be challenged to transform the world around you, as you let God move you into a more purposeful relationship with Him, then get The Human Right True Justice 30-Day Devotional. Over the course of 30 days, this devotional will take you on a journey to go deeper in your walk with God and be emboldened to share your faith in Jesus with others. Each day, you’ll be challenged by one of these leading authors:-Heath Adamson, The Bush Always Burns, shows you how to trust Jesus in both bright and dark moments in life. -Wilfredo De Jesús, In the Gap, helps you recognize needs in others’ lives and how to stand in the gap with them. -Rice Broocks, God’s Not Dead, leads you to explore what you believe and why you need to share your faith with others. -Dick Brogden, Live|Dead Joy, challenges you to choose a lifestyle like Jesus’ where you die to self and live for the glory of God. Each day offers 3 action steps to provide thought-provoking, practical ways to move you from apathy to action as you are inspired to live boldly for Jesus. To find out more about The Human Right to Know Jesus, visit TheHumanRight.org.

At the age of seventeen, Heath’s life was dramatically transformed by an encounter with Jesus. Steeped in drug abuse and the occult, he came to believe in Christ for salvation. Heath’s dramatic salvation experience has led him to serve in multiple leadership roles with global influence. He is intrinsically involved with the World Evangelical Alliance Youth Commission and chairs Empowered 21’s Next Generation Network, in addition to serving as a national leader for a ministry serving more than half a million students.He holds an MA in leadership from Evangel University and is a PhD candidate in religious studies at Chester University. Heath and his wife, Ali, and two daughters currently reside in Springfield, Missouri. Together they endeavor to leave a legacy for generations to come.

Rice Broocks is the co-founder of the Every Nation family of churches, which currently includes more than 1,000 churches in more than sixty countries. Present on hundreds of college campuses, Broocks has spent the last thirty years with Every Nation focusing on equipping college students around the world to defend their faith. Broocks also serves as the senior minister of Bethel World Outreach Church in Nashville, Tenn., where he provides oversight for this multi-ethnic, multisite church, currently meeting in locations in Middle Tennessee, Texas, and Arizona. He is the author of several books, including God’s Not Dead, Every Nation In Our Generation, and the Purple Book. Broocks holds an MA from Reformed Theological Seminary in Jackson, Mississippi, as well as a doctorate in missiology from Fuller Theological Seminary in Pasadena, California. Broocks lives in Franklin, Tennessee, with his wife, Jody, and their five children.