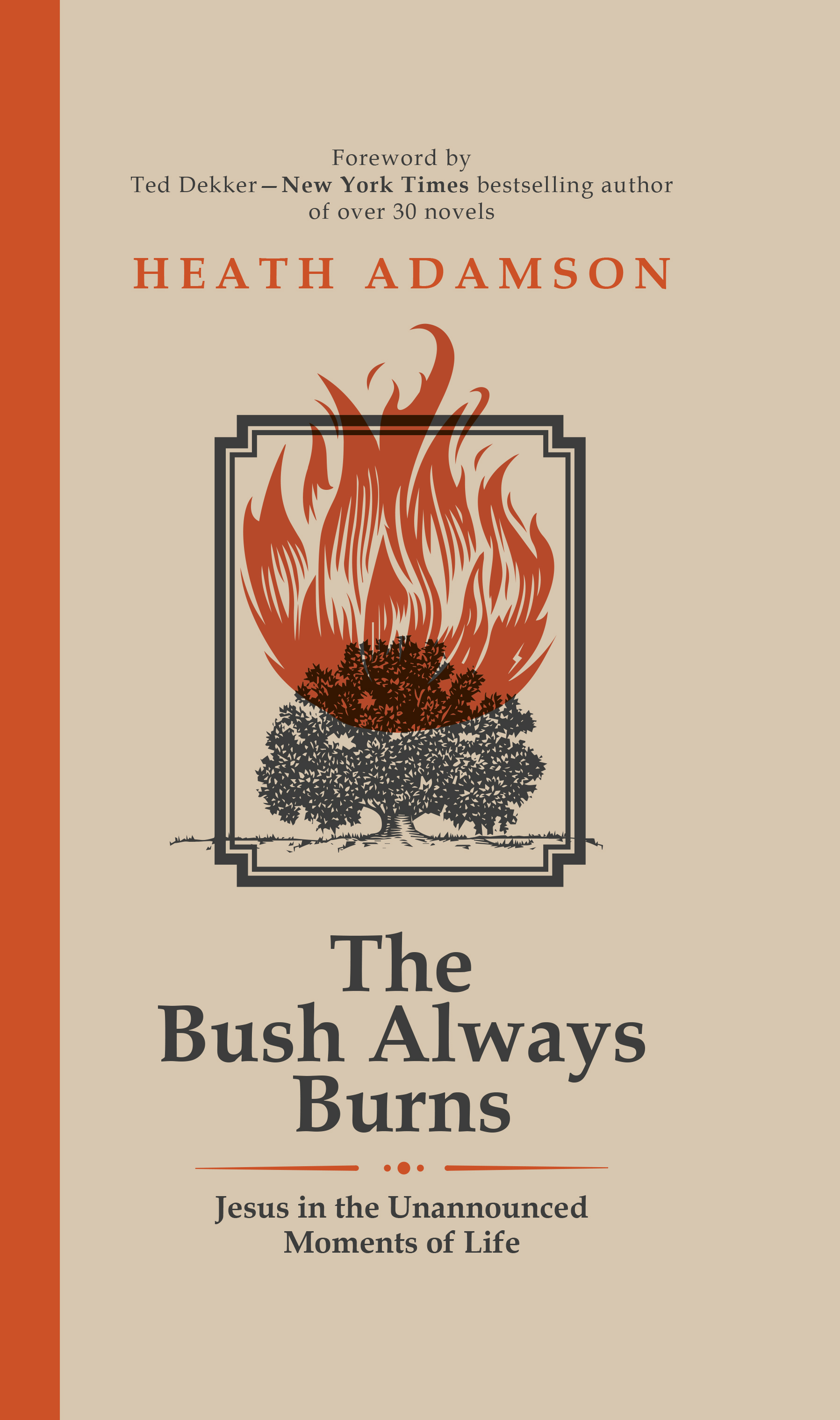 Jesus in the Unannounced Moments of Life

The Bush Always Burns introduces a Jesus all of us can seek, find, and trust in moments that are bright and moments that are dark. Heath Adamson takes us back in time to meet an undesirable character from his youth: him at age seventeen. Adamson grew up knowing a little bit about the occult, too much about drugs, and almost nothing about God. If you find yourself struggling to know your heavenly Father the way Heath did, The Bush Always Burns offers strength and solace for today. It is a life-giving reminder that Jesus is (and always has been) waiting for us to turn and see that the bush always burns and the ground is always sacred. His power is constantly available to us if we want it.

At the age of seventeen, Heath's life was dramatically transformed by an encounter with Jesus. Steeped in drug abuse and the occult, he came to believe in Christ for salvation. Heath's dramatic salvation experience has led him to serve in multiple leadership roles with global influence. He is intrinsically involved with the World Evangelical Alliance Youth Commission and chairs Empowered 21's Next Generation Network, in addition to serving as a national leader for a ministry serving more than half a million students.

He holds an MA in leadership from Evangel University and is a PhD candidate in religious studies at Chester University. Heath and his wife, Ali, and two daughters currently reside in Springfield, Missouri. Together they endeavor to leave a legacy for generations to come.

About the Foreword Author

Ted Dekker is a New York Times bestselling author of more than thirty novels. He is known for thrillers that combine adrenaline-laced plots with incredible confrontations between good and evil. After many years of success in the corporate world, Dekker traded corporate life for wide range of entrepreneurial pursuits that included buying and selling businesses, healthcare services, and marketing. In the early nineties while visiting a friend who had just written a book, Dekker decided to pursue a long held desire to be a novelist. Over the course of two years he wrote two full length novels before starting from scratch and rewriting both. He sold his business, moved his family to the mountains of Western Colorado, and began writing full-time on his third novel. Two years and three novels later his first novel was published.

Dekker's novels have sold over 10 million copies worldwide. Two of his novels, Thr3e and House, have been made into movies with more in production. Dekker resides in Austin, Texas, with his wife, Lee Ann, and one of their daughters.