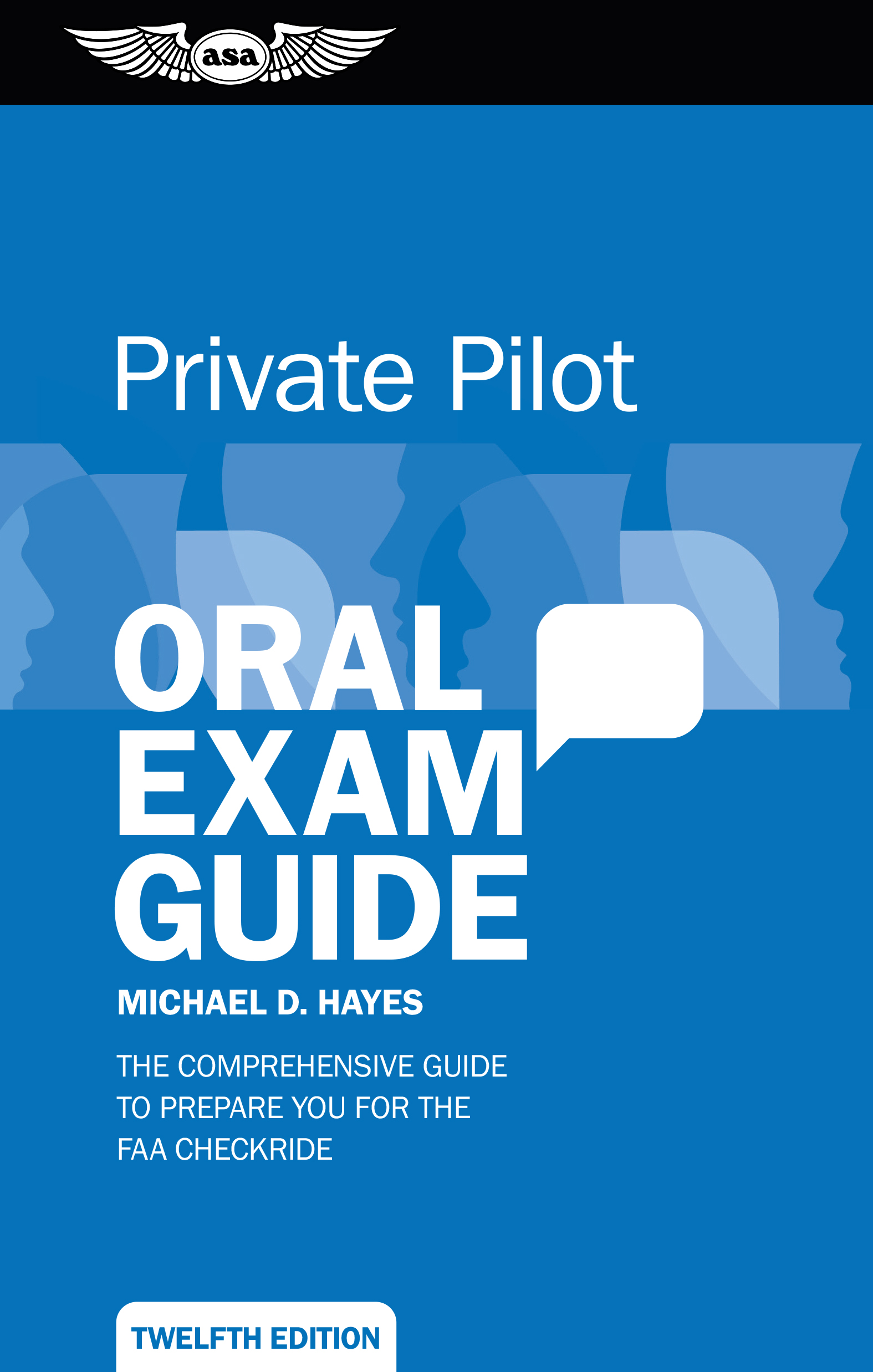 The comprehensive guide to prepare you for the FAA checkride

The Private Pilot Oral Exam Guide is designed to help prepare student pilots for the oral exam portion of their checkride with FAA examiners. Using a question-and-answer format, this indispensable tool lists the questions most likely to be asked by examiners and provides succinct, ready responses. Instructors rate the oral exam guide series as excellent resources for students in both planning for what to expect during the airplane checkride, and mastering the subject matter. This guide is also great preparation for flight reviews, aircraft transitions, and as general refresher material.

This twelfth edition has been updated to comply with the Airman Certification Standards (ACS) and recent FAA publications, rules and procedures. It covers all the subjects a Private Pilot candidate will be tested on during checkrides and review flights. Chapters are dedicated to certificates and documents, weather, determining performance and limitations, airplane systems, cross-country flight planning, night operations, aeromedical factors, and SBT (Scenario-Based Training.) Scenario-based questions have become an integral part of the Practical Test and an important tool in an examiner’s toolbox. Student responses to these “open-ended” questions demonstrate an understanding of the big picture and convey the practical application of what’s important and why. Noted SBT expert, Arlynn McMahon (2009 National Flight Instructor of the Year, and recipient of the 2010 NATA Award for Excellence in Pilot Training Award), provides insight into these scenario-based questions and will be invaluable to students preparing for their checkride.

Questions, answers, and explanations in this guide were researched using FAA documents (identified so readers know where to go for further study) as well as through interviews with FAA examiners. References for further study are provided throughout the book, and additional study questions conclude each chapter.

For Mike Hayes, flying started when he was 16 years old, and he has been flying for more than 40 years. He obtained his private pilot certificate in 1972 and acquired additional certificates and ratings in 1987. His aviation experience includes flight time in over 30 different types of aircraft, and the majority of instruction he has given has been in various models of Cessna, Piper, Mooney, Grumman, and Bellanca aircraft. He has been a flight instructor since 1988, instructing both full- and part-time for several large flight schools in Texas. Besides teaching, Mike has also worked as a corporate pilot and as a senior flight operations agent for a large regional airline. Prior to becoming involved in flight training, he worked for over 10 years in the telecommunications and information technology industry with extensive travel throughout the U.S.