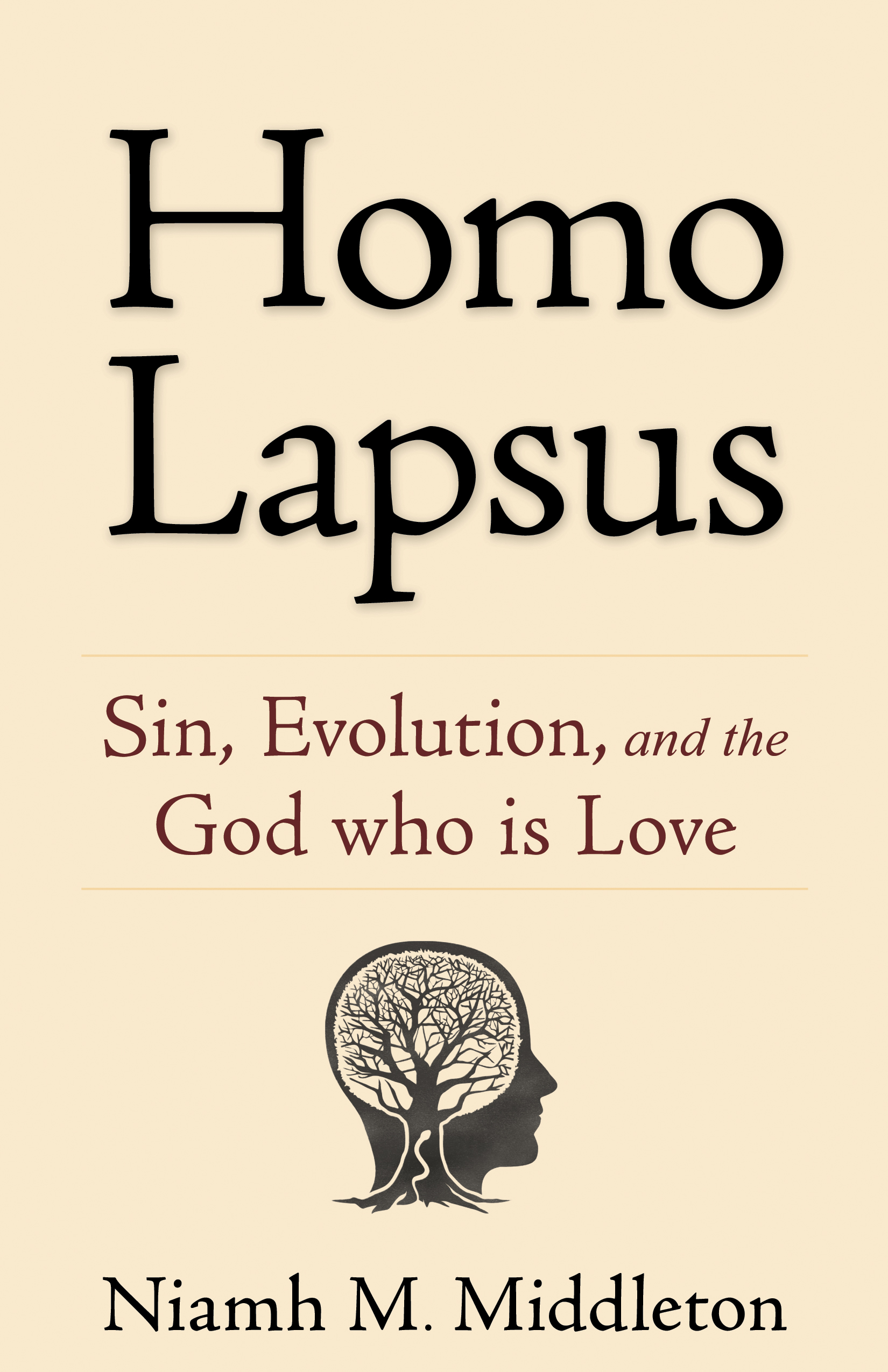 Sin, Evolution, and the God Who Is Love

In Homo Lapsus: Sin, Evolution, and the God Who Is Love, author and theology professor Niamh Middleton argues that evolutionary biology provides empirical evidence for Christian teachings on the related issues of human origins, the origin of evil, and the existence of a beneficent Deity. Rather than attempting to simply reconcile evolution with creation, Homo Lapsus focuses on the evolution of evil as the key to synthesis between evolutionary biology and Christianity.

The book's narrative theme focuses on the continuing battle between religion and science for priority as fields of knowledge. The passage of time has led to the development of a perspective on human nature in Darwinism that is almost identical to that of Christianity. As a result, leading evolutionary biologists are now claiming that the Genesis explanation for moral evil as being due to an "original sin" is redundant, since science can explain the inevitable evolution of traits such as greed, aggression, and the lust for power. What if, however, rather than offering an alternative explanation for evil, evolutionary science is providing empirical evidence for a doctrine of revelation?

Based on a detailed review of the evidence, Homo Lapsus argues that the evolution of evil was not inevitable, that science does corroborate a primal Fall at the outset of human history, and that in so doing it shows revelation to be a higher form of knowledge than empirical evidence.

Niamh Middleton is a former primary school teacher who now lectures about theology at Dublin City University. When she met her teenage sweetheart and future husband Gerry, he was considering becoming a Roman Catholic priest, while she was an atheist. Despite their disagreement on the subject of religion, he changed his mind and they married, becoming the parents of two daughters. Middleton remained an atheist for more than a decade after her marriage until a challenging life event caused her to fall back on her religion and draw comfort from it. She became a born-again Christian and in 1994 began a study of theology which culminated with the award of a Ph.D. in 2003. She lives in the seaside suburb of Clontarf, Dublin, where she is involved in an ecumenical Bible study group. She enjoys reading, writing, music, and traveling.