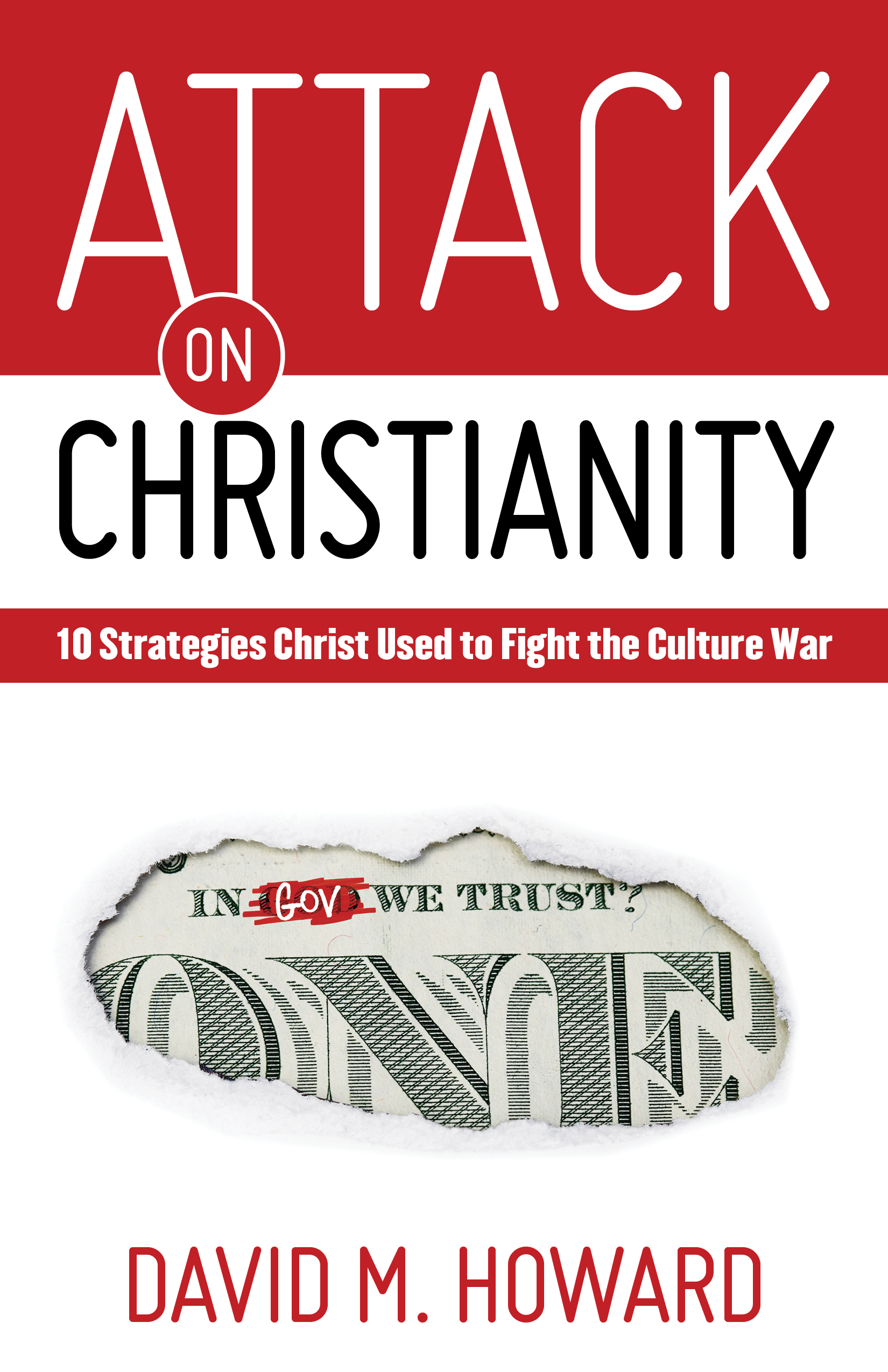 Christians are being systematically persecuted by various political segments in the federal, state, and local governments, along with secular progressive principalities like the press and ACLU. Their goal? To dominate and diminish Christian influence in our culture. If nothing changes, persecution will only grow. It's time for Christians to stand up for religious freedom—but how?

In Attack on Christianity: 10 Strategies Christ Used to Fight the Culture War, Montana state senator David M. Howard calls and equips American Christians to engage in our increasingly hostile culture. He begins by laying out the progressive principalities' dependence on lies and their irrational attacks on the Bible, Christ, and absolute truth. He then highlights ten strategies Christ used to engage in the culture war while He walked on earth, strategies that demonstrate the need to unite in prayer, tactics, and public action for God's glory.

Through examining Christ's strategies, we are transformed from uninformed and uninvolved to front-line Christians. We learn to motivate and embolden the body of Christ to put on the whole armor of God and speak boldly as Christ's ambassadors into the marketplace of ideas.

Attack on Christianity asserts that our survival as a Christian nation depends on us waking up and taking on a more public role by speaking life through the Spirit of Truth into our culture's darkness. Consequently, we secure our descendants the same invaluable gift our forefathers gave us through God's providence—the full freedom to live in Christ's liberty and practice our Christian faith.

Attack on Christianity motivates Christians toward involvement while answering the oft-asked question “What can we do?”

Montana state senator David M. Howard has a long history of serving his fellow citizens and speaking for truth. As a retired FBI agent, Dave was an authority on workplace violence prevention, a certified fraud examiner, and an expert witness. In 2012, he founded Foxhole Ministry, an organization of Christians seeking “to be Frontline Soldiers for Christ to stand against the evil of this day.” This organization was joined by its radio program, The Voice of Truth’s Wake-up Call, in 2014. In addition to speaking on radio and in person about truth, liberty, and politics, Dave published a Christian novel, The Story of Eternal Life, in 2007. Dave holds a BS in criminology from California State University in LA and a master’s degree in public management from DePaul University in Chicago. He and his wife, Carla, live in Park City, Montana. They have six daughters and sixteen grandchildren.