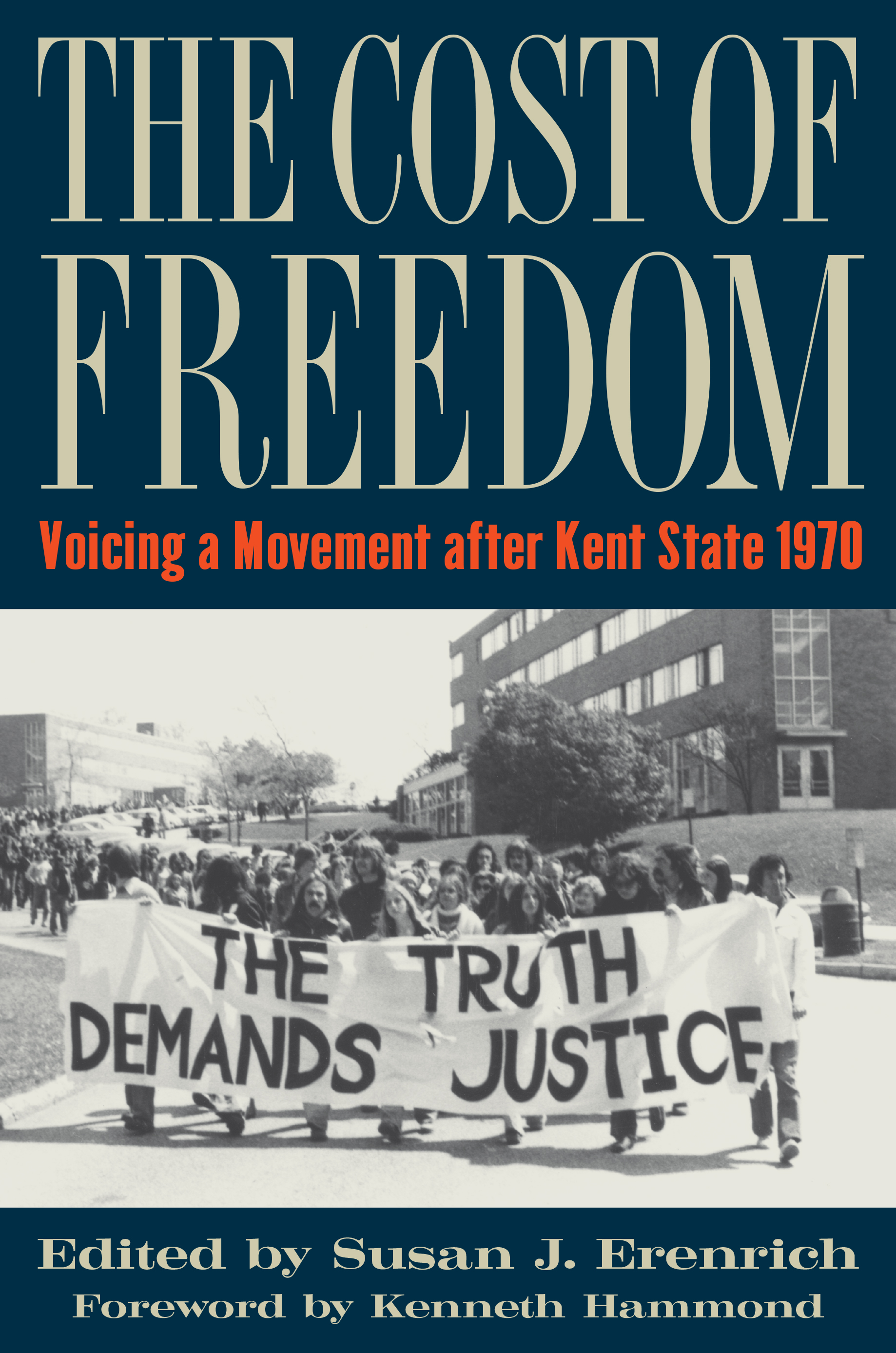 The Cost of Freedom

Voicing a Movement after Kent State 1970

The Cost of Freedom: Voicing a Movement after Kent State 1970 is a multi-genre collection describing the May 4, 1970, shootings at Kent State University, the aftermath, and the impact on wider calls for peace and justice. Fifty years after the National Guard killed four unarmed students, Susan J. Erenrich has gathered moving stories of violence, peace, and reflection, demonstrating the continued resonance of the events and the need for sustained discussion. This anthology includes personal narratives, photographs, songs, poetry, and testimonies—some written by eyewitnesses to the day of the shootings—as well as speeches from recent commemoration events and items related to the designation of the site on the National Register of Historic Places in 2016.

Erenrich, who came to Kent State in 1975 as a college freshman, became a member of the May 4 Task Force, a student organization that continues to the present as an organizing group for marking the anniversary each year. Her involvement with the task force led her to make the many connections with writers, artists, and memory-keepers that have built this collection of primary source material.

While a number of books and articles over the years have treated the Kent State shootings and aftermath, this collection is unique in its focus on justice issues and its call for the future. The movement to seek justice, as Erenrich notes, is an ongoing one. These voices call to us to continue to move forward even as we learn from the past.

Susan (Susie) J. Erenrich is a social movement history documentarian and professor at American University who uses the arts for social change to tell stories about transformational leadership, resilience, and societal shifts as a result of mobilization efforts by ordinary citizens. She has worked for more than four decades in nonprofit/arts administration, civic engagement, community service, and community organizing. She is also the editor of Freedom Is a Constant Struggle: An Anthology of the Mississippi Civil Rights Movement and Grassroots Leadership & the Arts for Social Change.