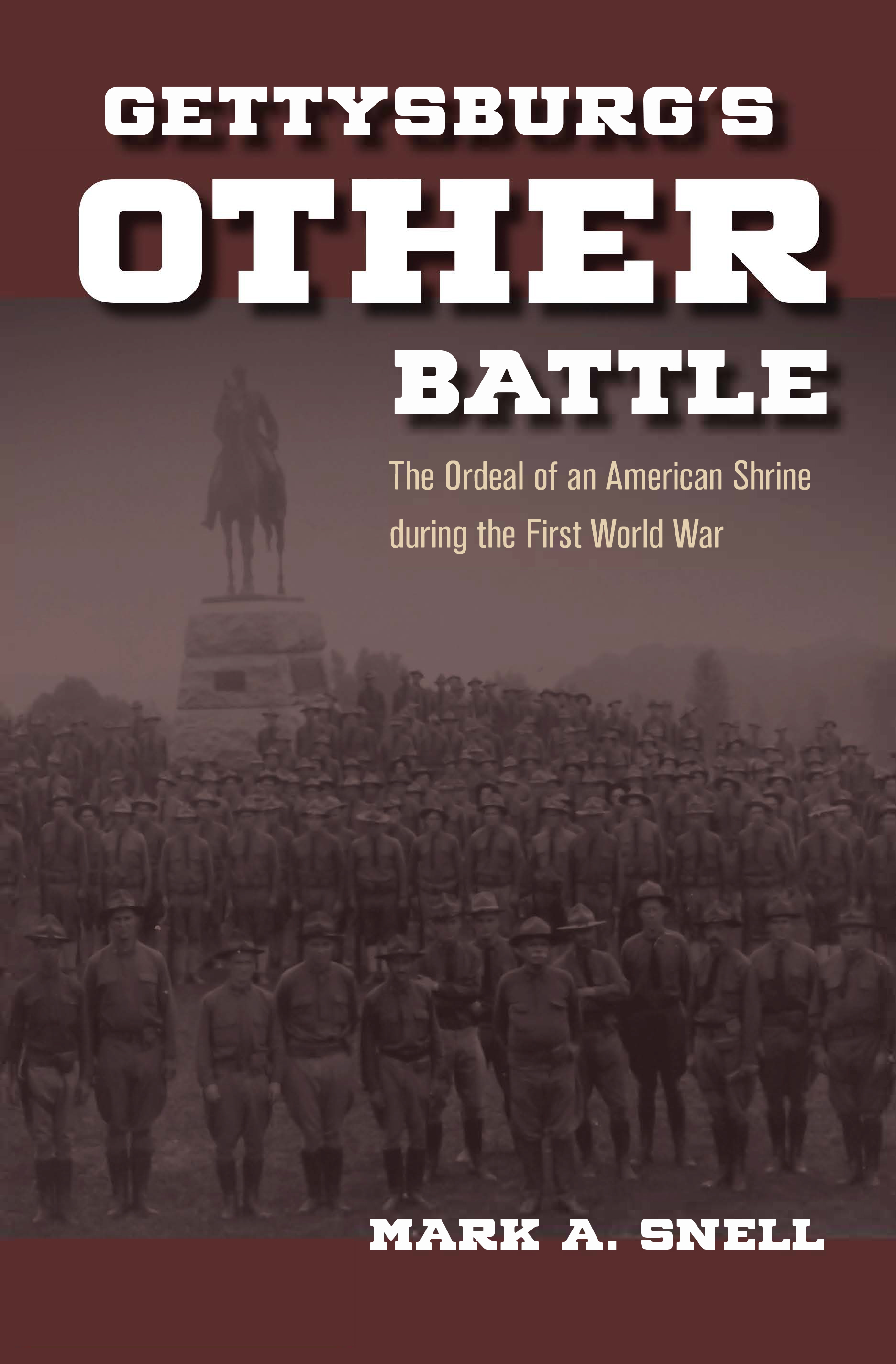 The Ordeal of an American Shrine during the First World War

Gettysburg is known as the second bloodiest battle of the 19th century and as the site of Abraham Lincoln's 1863 speech that gave new meaning to America's Civil War. By the turn of the next century, the battlefield was enshrined as a national park under the jurisdiction of the War Department. In 1913, graying veterans commemorated the fiftieth anniversary of the momentous battle, dubbed the "Peace Jubilee," a unity celebration largely administered by the U.S. Army. Four years later, the Army returned to establish a Regular Army infantry-training cantonment on the battlefield. The Tank Corps took over in 1918, and the area was dubbed "Camp Colt."

Gettysburg's Other Battle is the account of Gettysburg's citizens and its tens of thousands of temporary guests during the Great War, a drama that took place on the most significant stage in American historical memory. It goes beyond the story of the training camps by using the Great War as a window-in-time to examine a unique community, one in the throes of modernization while at the same time trying to capitalize on, yet preserve a part of, the nation's past.

Gettysburg's residents, like all Americans during World War I, experienced measures such as conscription, food conservation, and censorship. As the nation applied Progressive reforms to the war effort, Gettysburg followed suit. Unlike other American towns and cities that hosted mobilization camps, Gettysburg was hallowed ground, and an earlier generation already had felt the ravages of war like few other American communities. Gettysburg was desecrated both unwittingly and intentionally-it took years for the national park to recover from this environmental catastrophe. Today, the only reminders of Gettysburg's Great War heritage are a tiny marker, memorial tree, and wayside exhibit to commemorate Camp Colt, along with a small exhibit in the museum. Had Ike Eisenhower not commanded that camp in 1918, it doubtless would not be remembered at all.

Mark A. Snell retired from the U.S. Army in 1993. Among his wide variety of assignments during more than 20 years of service, he taught American history from 1987-1990 in the Department of History at the U.S. Military Academy. Snell is the founding director of the George Tyler Moore Center for the Study of the Civil War at Shepherd University and was professor of history there for 20 years until his second retirement in 2013. In 2008, he was the Senior Visiting Lecturer of War Studies at the Royal Military Academy Sandhurst in the United Kingdom. Snell is the author or editor of numerous books and essays on the Civil War and American military history, including Unknown Soldiers: The American Expeditionary Forces in Memory and Remembrance (The Kent State University Press, 2008) and My Gettysburg: Meditations on History and Place (The Kent State University Press, 2016). In 2009, Snell received the Honorary West Virginian award, the highest accolade that can be bestowed on a nonresident of the state.