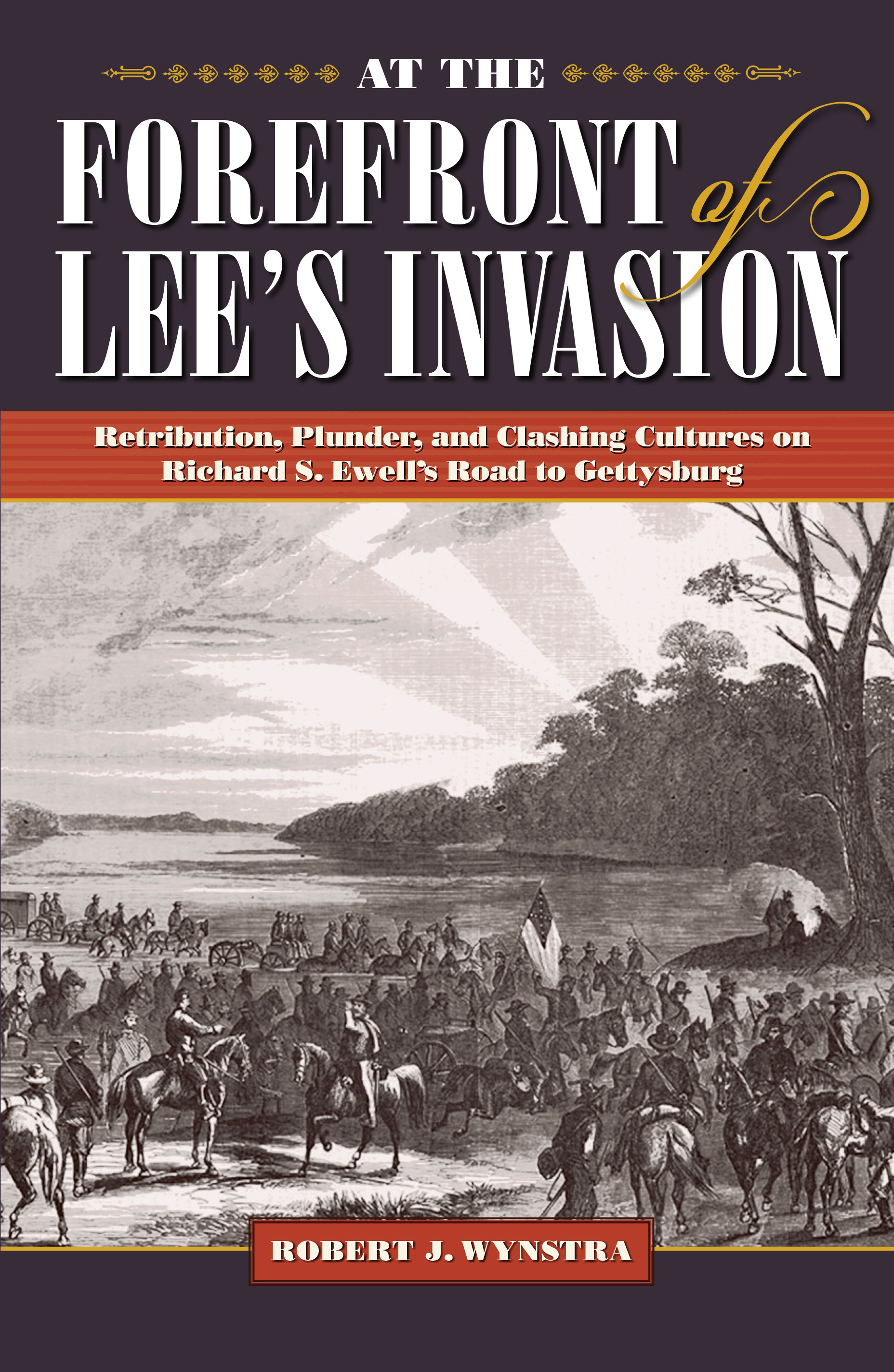 At the Forefront of Lee's Invasion

After clearing Virginia's Shenandoah Valley of Federal troops, Gen. Robert E. Lee's bold invasion into the North reached the Maryland shore of the Potomac River on June 15, 1863. A week later, the Confederate infantry crossed into lower Pennsylvania, where they had their first sustained interactions with the civilian population in a solidly pro-Union state. Most of the initial encounters with the people in the lush Cumberland Valley and the neigh- boring parts of the state involved the men from the Army of Northern Virginia's famed Second Corps, commanded by Lt. Gen. Richard S. Ewell, who led the way as Lee's veteran soldiers advanced north toward their eventual showdown with the Union army at the crossroads town of Gettysburg.

The move to the North lasted for nearly a month and encompassed the major battle at Winchester, Virginia, with more than 5,000 casualties; five skirmishes with more than 100 men killed, wounded, and captured in each; and several other minor actions. Civilian property losses in the North amounted to several million dollars. The interactions along the way further laid bare the enormous cultural gulf that separated the two sides in the war. As Robert Wynstra explains, Ewell and his top commanders constantly struggled to control the desire among the troops to seek retribution for what they perceived as Federal outrages in the South and to stop the plundering, working to maintain strict discipline in the army and uphold Southern honor.

Despite the yearly flood of books on Gettysburg, the Confederate advance has been largely ignored. Most books devote only a few pages or a single short chapter to that as- pect of the campaign. In this new study, Wynstra draws on an array of primary sources, including rare soldiers' letters and eyewitness accounts published in local newspapers, manuscripts and diaries in small historical societies, and a trove of postwar damage claims from the invasion to fill in this vital gap in the historiography of the campaign.

Robert J. Wynstra holds master's degrees in history and journalism from the University of Illinois, where he worked as a writer in its News and Public Affairs Office in the College of Agricultural, Environmental, and Consumer Sciences. His book The Rashness of That Hour: Politics, Gettysburg, and the Downfall of Confederate Brigadier General Alfred Iverson won the James I. Robertson Award, the Batchelder Coddington Award, and the Gettysburg Civil War Round Table Distinguished Book Award.