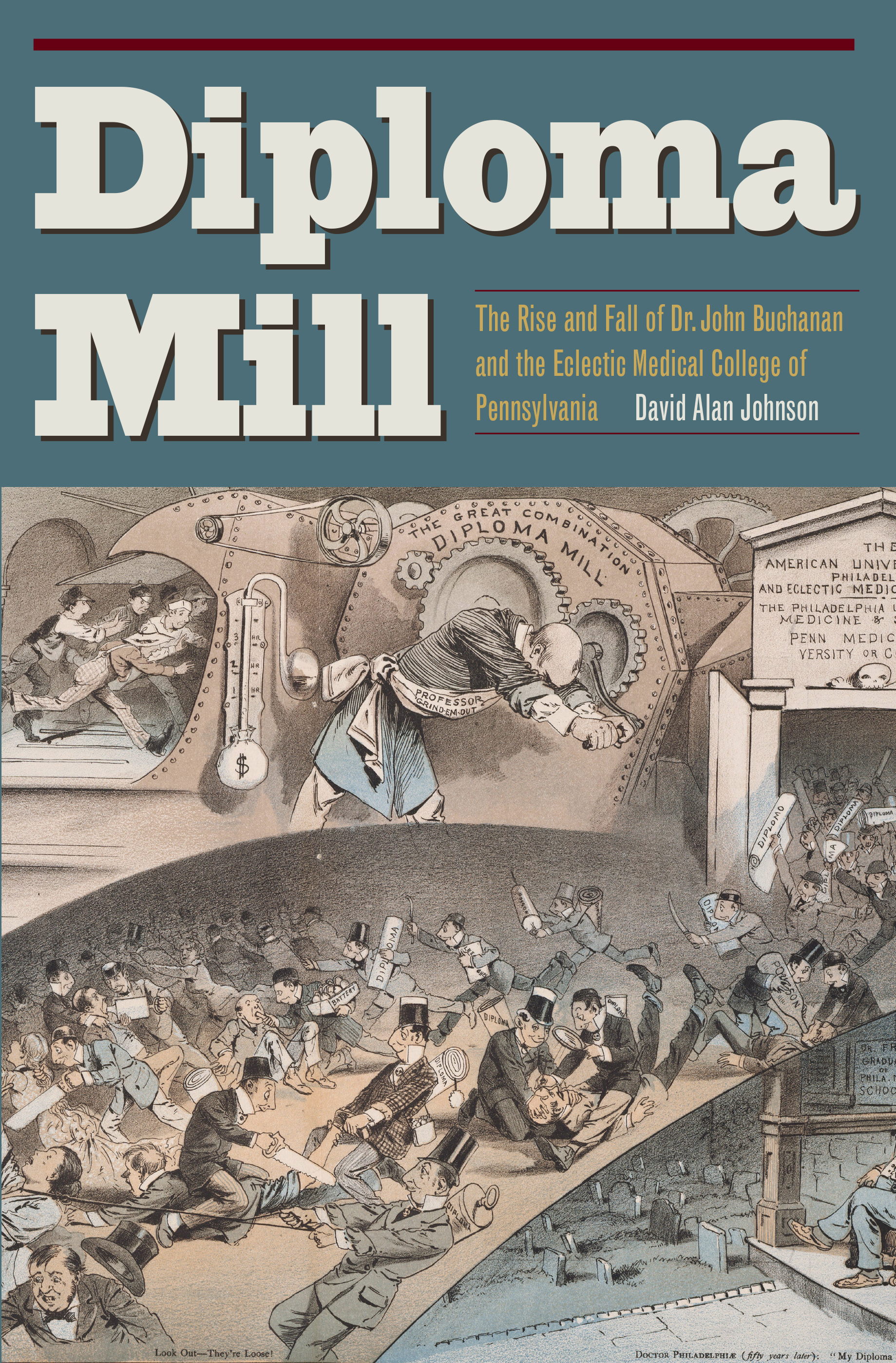 The Rise and Fall of Dr. John Buchanan and the Eclectic Medical College of Pennsylvania

The absence of medical licensing laws in most states during the years following the American Civil War made it possible for unscrupulous individuals to exploit the weak over- sight and unregulated state issuance of school charters. Diploma Mill traces the rise and spectacular fall of Dr. John Buchanan-educator, author, and criminal-and the Eclectic Medical College of Pennsylvania (EMC) over the course of its three decades' existence. Founded as a legitimate educational institution, the EMC aspired to carry the banner of eclectic medicine in the eastern United States.

Enter Dr. Buchanan, who during his tenure at the EMC assumed control of this small Philadelphia school and issued thousands of dubiously earned diplomas. Buchanan's political connections shielded his activities at the school for more than a decade. His ambitions for the EMC carried both him and the school into a criminal enterprise, representing the largest and most notorious medical diploma mill in 19th-century America. Despite multiple arrests on various charges during the mid-1870s, Buchanan's operations at the EMC continued unchecked until an elaborate sting operation in 1880 secured evidence for federal and state charges against him. Hoping to relocate his operations, Buchanan faked his own death and fled the country.

The story of John Buchanan and the EMC contains unusually dramatic elements more typical of a novel than a work of history but does not undermine its importance. His activities ultimately resulted in stronger medical licensing laws and cast a shadow upon the minority of physicians practicing eclectic medicine. By relating the history of a criminal enterprise arising within the confines of a legitimate medical school, Diploma Mill represents a unique contribution in the literature of 19th-century American medicine.

David Alan Johnson serves as senior vice president at the Federation of State Medical Boards. His published works on various aspects of medical regulation and its history have appeared in multiple journals, including the Bulletin of History of Medicine, JAMA, Journal of Medical Regulation, Academic Medicine, and Annals of Internal Medicine. He is the lead author of Medical Licensing and Discipline in America: A History of the Federation of State Medical Boards.