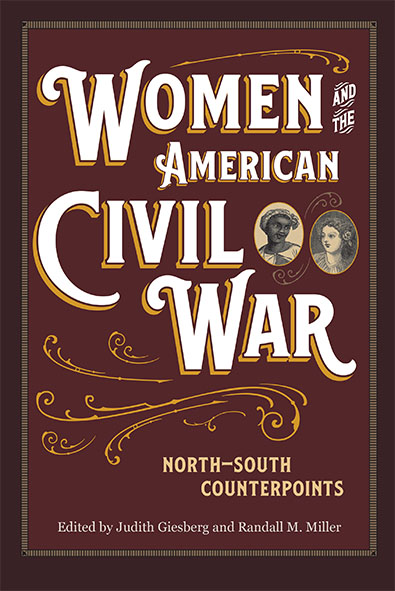 Women and the American Civil War

The scholarship on women's experiences in the U.S. Civil War is rich and deep, but much of it remains regionally specific or subsumed in more general treatments of Northern and Southern peoples during the war. In a series of eight paired essays, scholars examine women's comparable experiences across the regions, focusing particularly on women's politics, wartime mobilization, emancipation, wartime relief, women and families, religion, reconstruction, and Civil War memory. In each pairing, historians analyze women's lives, interests, and engagement in public issues and private concerns and think critically about what stories and questions still need attention. Among their questions are:

<Judith Giesberg is professor of history at Villanova University and the editor of the Journal of the Civil War Era. She is the author of five books, including "Army at Home": Women and the Civil War on the Northern Home Front, Key- stone State in Crisis: Pennsylvania in the Civil War, Emilie Davis's Civil War: The Diaries of a Free Black Woman in Philadelphia, 1863-1865, and Sex and the Civil War: Soldiers, Pornography, and the Making of American Morality.

Randall M. Miller is the William Dirk Warren '50 Sesquicentennial Chair and professor of history at Saint Joseph's University and the author or editor of more than 25 books on a variety of subjects, including the Civil War era. Among his books are Religion and the American Civil War, coedited with Harry S. Stout and Charles Reagan Wilson, and The Northern Home Front during the Civil War, coauthored with Paul A. Cimbala.