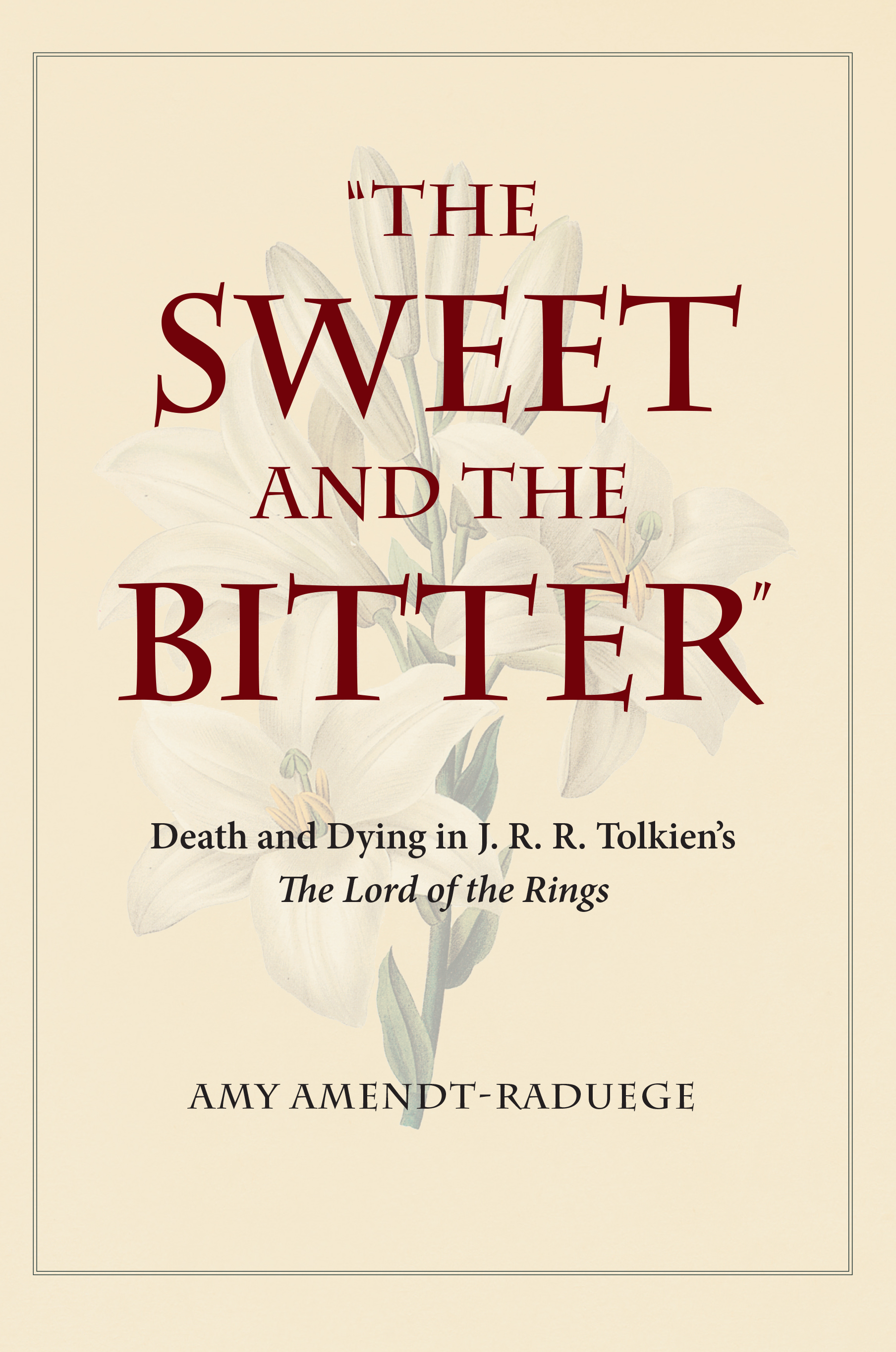 The Sweet and the Bitter

Death and Dying in J. R. R. Tolkien's The Lord of the Rings

In 1956, J. R. R. Tolkien famously stated that the real theme of The Lord of the Rings was "Death and Immortality." The deaths that underscore so much of the subject matter of Tolkien's masterpiece have a great deal to teach us. From the heroic to the humble, Tolkien draws on medieval concepts of death and dying to explore the glory and sorrow of human mortality. Three great themes of death link medieval Northern European culture, The Lord of the Rings, and contemporary culture: the way in which we die, the need to remember the dead, and above all the lingering apprehension of what happens after death. Like our medieval ancestors, we still talk about what it means to die as a hero, a traitor, or a coward; we still make decisions about ways to honor and remember the departed; and we continue to seek to appease and contain the dead. These themes suggest a latent resonance between medieval and modern cultures and raise an issue not generally discussed in contemporary Western society: our deeply rooted belief that how one dies in some way matters.

While Tolkien, as a medieval scholar, naturally draws much of his inspiration from the literature, folklore, and legends of the Middle Ages, the popularity of his work affirms that modern audiences continue to find these tropes relevant and useful. From ideas of "good" and "bad" deaths to proper commemoration and disposal of the dead, and even to ghost stories, real people find comfort in the ideas about death and dying that Tolkien explores.

Amy Amendt-Raduege teaches English at Whatcom Community College, where she leads classes in British Literature, folklore, superheroes, Shakespeare, and, of course, Tolkien. She has published extensively on Tolkien's work.