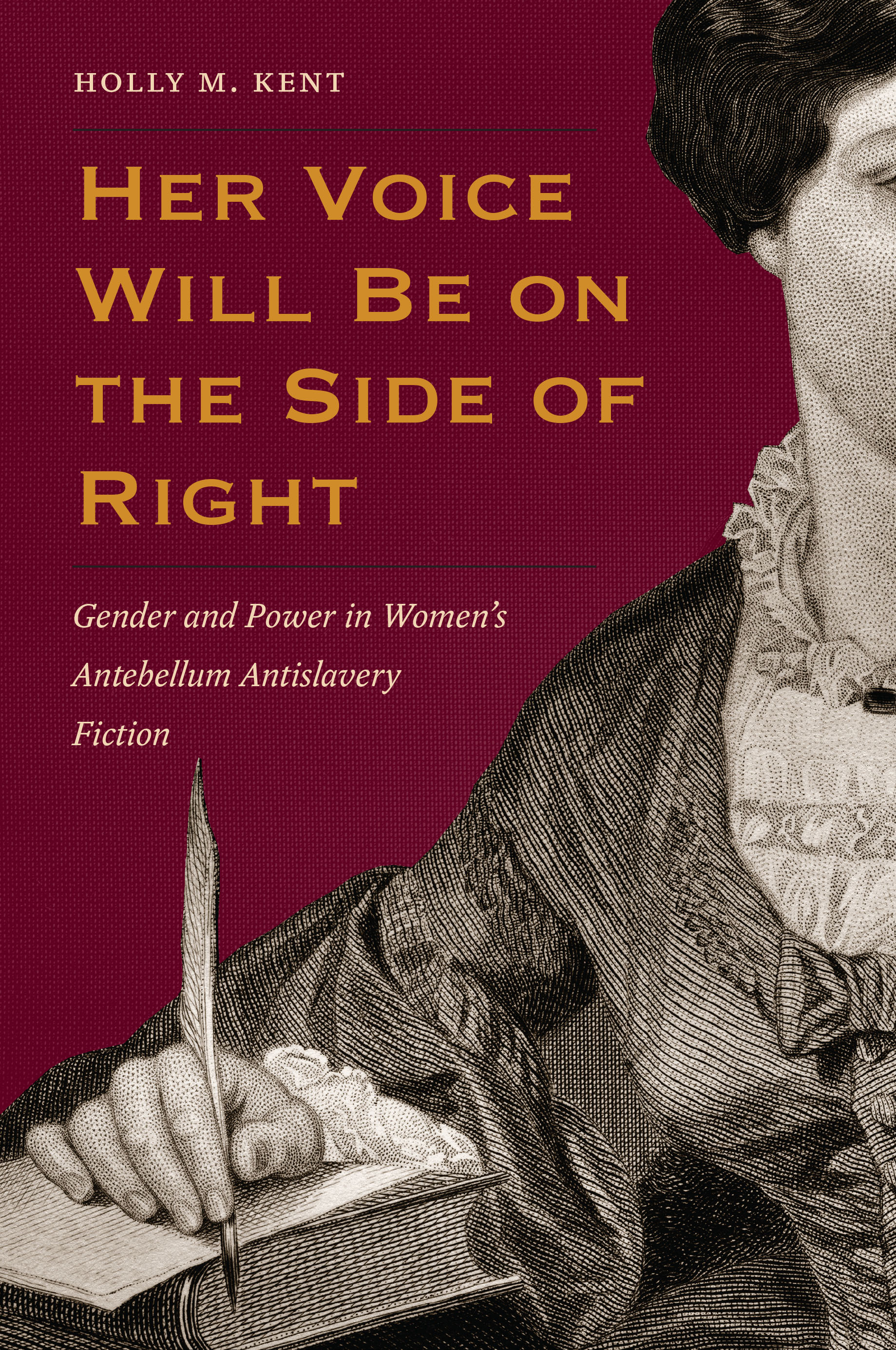 Her Voice Will Be on the Side of Right

Decades before the Civil War, the free American public was gripped by increasingly acrimonious debates about the nation's "peculiar institution" of slavery. Ministers considered the morality of slavery from their pulpits, legislators debated it in the halls of government, professors discussed it in their classrooms, and citizens argued about it in their communities. Antislavery women wrote novels and stories designed to convince free Americans about slavery's evils, to discuss the future of abolitionism, and to debate the proper roles of free and enslaved women in the antislavery struggle. Many antebellum writers and editors believed fiction was an especially gender appropriate medium for women to express their ideas publicly and a decidedly effective medium for reaching female readers. Believing that women were naturally more empathetic and imaginative than men, writers and editors hoped that powerfully told stories about enslaved people's sufferings would be invaluable in converting free female readers to abolitionism.

Female antislavery authors consistently expressed a belief in women's innate moral superiority to men. While male characters in women's fiction doubted the validity of abolitionism (at best) and actively upheld the slave system (at worst), female characters invariably recognized slavery's immorality and did all in their power to undermine the institution. Certain of women's moral clarity on the "slave question," female antislavery authors nonetheless struggled to define e how women could best put their antislavery ideals into action. When their efforts to morally influence men failed, how could women translate their abolitionist values into activism that was effective but did not violate nineteenth-century ideals of "respectable" femininity?

Holly M. Kent analyzes the literary works produced by antislavery women writers during the antebellum era, considers the complex ways that female authors crafted their arguments against slavery and reflected on the best ways for women to participate in antislavery activism. Since existing scholarship of antislavery women's literature has largely concentrated on Harriet Beecher Stowe's 1852 bestseller Uncle Tom's Cabin, the voices of other, more obscure antislavery women writers have all too often been lost.

Her Voice Will Be on the Side of Right brings the ideas, perspectives, and writings of a wide range of female antislavery authors back into our understandings of debates about gender, race, and slavery during this crucial era in U.S. history.

Holly M. Kent is Associate Professor of History at the University of Illinois-Springfield, where she teaches U.S. women's history and 19th-century history. She is the editor of Teaching Fashion Studies (forthcoming), wrote the introduction for Hastings College Press's edition of the abolitionist novel Madge Vertner, and has published articles in the Women's History Review and the Seneca Falls Dialogues Journal.