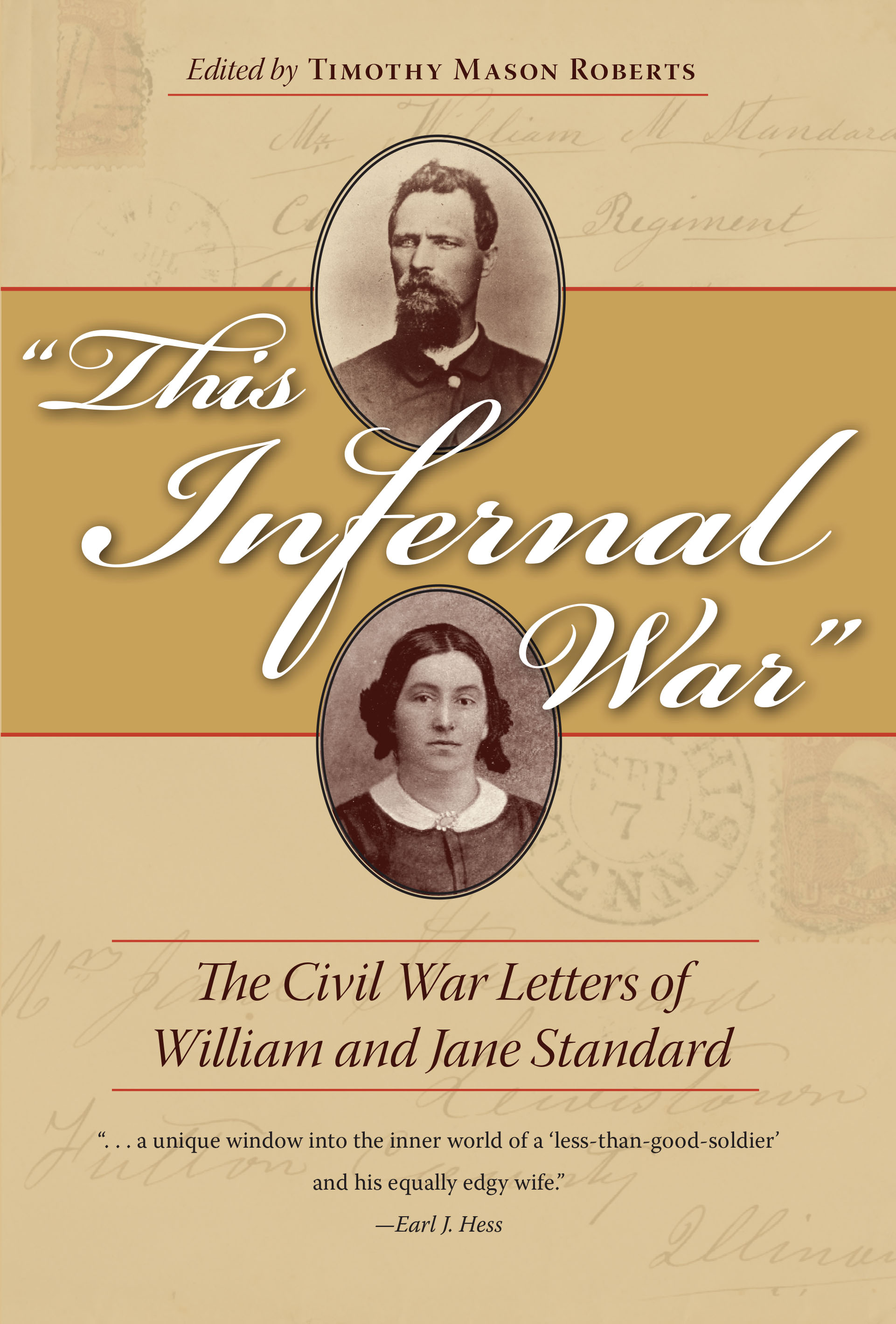 The Civil War Letters of William and Jane Standard

Among collections of letters written between American soldiers and their spouses, the Civil War correspondence of William and Jane Standard stands out for conveying the complexity of the motives and experiences of Union soldiers and their families. The Standards of Lewiston in Fulton County, Illinois, were antiwar Copperheads. Their attitudes toward Abraham Lincoln, "Black Republicans," and especially African Americans are, frankly, troubling to modern readers. Scholars who argue that the bulk of Union soldiers left their families and went to war to champion republican government or to wipe out slavery will have to account for this couple's rejection of the war's ideals.

Yet the war changed them, in spite of themselves. Jane's often bitter letters illuminate the alienation of women left alone and the impact on a small community of its men going to war. But she grew more independent in her husband's absence. Enlisting in the 103rd Illinois Volunteer Infantry Regiment in October 1862, William participated in General Sherman's Siege of Vicksburg, the Battles of Missionary Ridge and Atlanta, and the March to the Sea. At the war's end he proudly marched in the Grand Review of the Armies in the national capital. Meanwhile, he expressed enthusiasm for stealing and foraging (a.k.a., "cramping") and unhappiness with his service, complaints that fed Jane's intermittent requests that he desert or be captured and paroled. William's odyssey illustrates the Union military's assimilation of resentful Northern men to support a long, grueling, and, after 1862, revolutionary war on the South.

The Standards' antiwar opinions hearken to modern expressions of pacifism and condemnation of government. Jane's and William's opposition to the war helped sustain their commitment to and dependence on each other to survive it. Their letters reveal two strong-willed people in love, remaining hopeful, passionate, loyal, and even playful as they awaited their own reunion.

Timothy Mason Roberts is professor of history at Western Illinois University in Macomb, about thirty miles from the Standards' Civil War home. A teacher and scholar of antebellum and Civil War-era America and the role of America in the world, he is the author of Distant Revolutions: 1848 and the Challenge to American Exceptionalism and coeditor of American Exceptionalism (4 volumes).