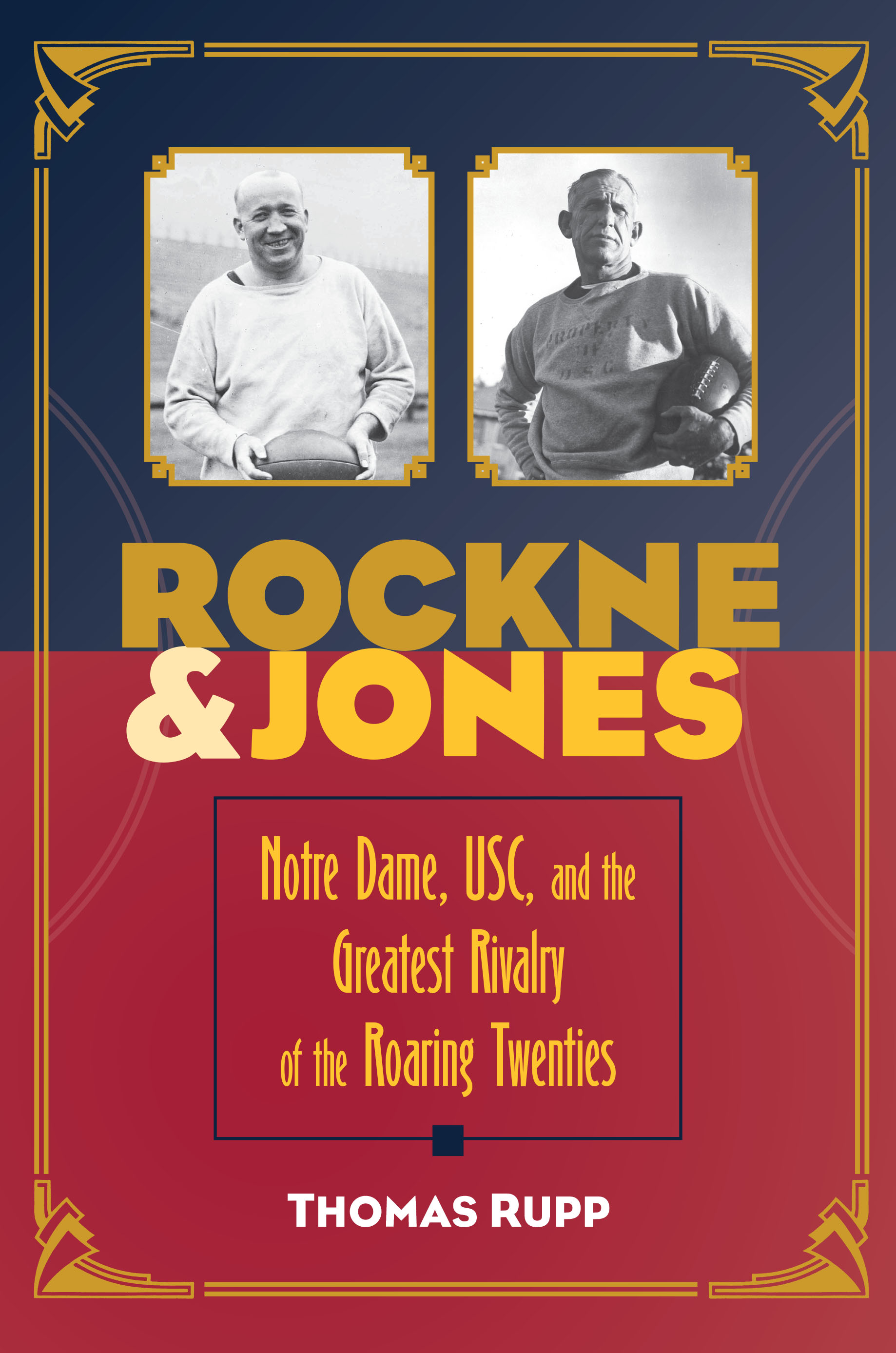 Notre Dame, USC, and the Greatest Rivalry of the Roaring Twenties

Notre Dame’s rallying cry was once “Win one for the Gipper.” The football series with Army that spawned that memorable slogan has long since faded into history, but every year the Irish continue to face another storied rival to test their mettle. The annual tradition of Notre Dame versus USC lives on. Rockne and Jones tells the story of how the battle with the Trojans began at the height of the turbulent years after WWI that changed the world forever.

The Roaring Twenties are remembered as a bygone era of mobsters, flappers, speakeasies, and romantic silent movie stars. It was also the golden age of sports, when stars like Babe Ruth, Jack Dempsey, and a horse named Man o’ War dominated the headlines. Football fans went crazy for the college game at a time when the NFL was in its infancy. No star shined brighter in those days than Knute Rockne, the legendary coach at Notre Dame. Every great champion needs a foil, and Rockne’s was a coach named Howard Harding Jones.

USC’s Jones was Rockne’s opposite in every way. Jones was quiet where Rockne was glib and outspoken, private where Rockne was a man about town, but the two men shared a passion for football that led them on a collision course. The result was the greatest football rivalry of the age—Notre Dame versus USC.

The lives of these two coaches, their triumphs and tragedies, and the whole story of how the Irish and the Trojans came to be the greatest intersectional foes in all of college football is retold in exhaustive detail for the first time. The story sprawls from the fjords of Norway to the playing fields of America, from clashes with the Ku Klux Klan on the streets of South Bend and the gang wars of Chicago to the glamour of Hollywood. Those wild days of Rockne’s Ramblers and Jones’s Thundering Herd live again on the pages of Rockne and Jones.

Thomas Rupp listened to his parents’ tales of old Los Angeles that drove his fascination for the era before WWII. An artist and designer by trade, he has produced numerous three-dimensional exhibits and displays detailing topics of history and science. He is a member of the American Alliance of Museums, National Association for Interpretation, and the Intercollegiate Football Researchers Association. This is his first book.