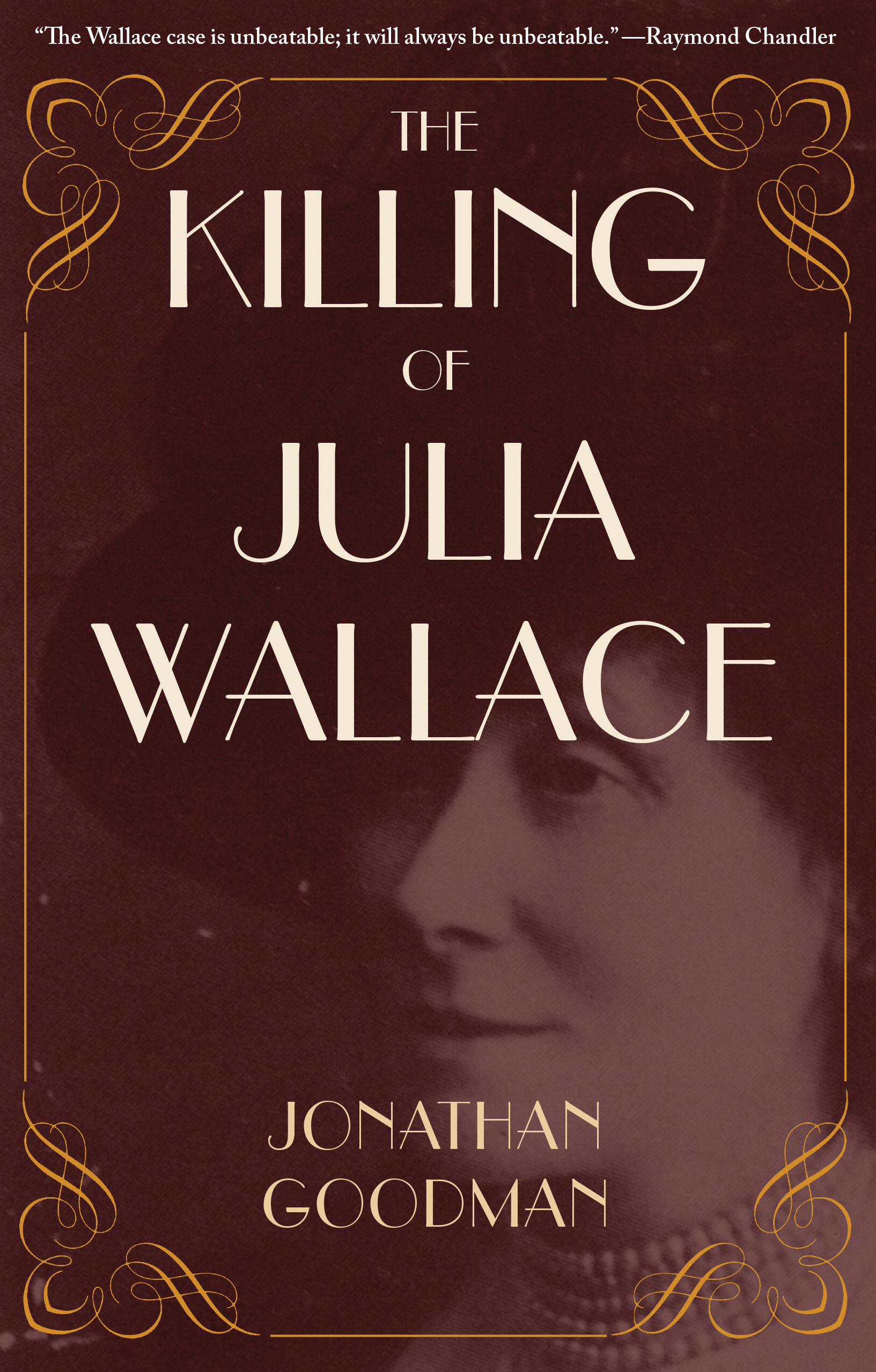 The Killing of Julia Wallace

The brutal murder of Julia Wallace in 1931 became one of Britain’s great unsolved murders. People began arguing about the case almost immediately and continue to do so to this day.

Julia was the middle-aged wife of a mild-mannered Liverpool insurance agent, William Herbert Wallace. By all accounts they were a quiet, unassuming, devoted couple. In January 1931 William Wallace received a telephone message to come to an address in Liverpool the following evening to discuss an insurance policy. Unable to find the house after searching for hours, Wallace determined there was no such address and returned home. There he found Julia bludgeoned to death on the parlor floor. In addition to the terrible shock and his unbearable loss, Wallace was accused of the crime and ultimately convicted.

Using original sources, Jonathan Goodman re-creates Wallace’s trial, witness by witness. Through his meticulous reconstruction, it becomes evident that the police and the medical examiner went out of their way to twist and even manufacture evidence. Their attention to proving Wallace guilty ignored a lead to a likely suspect given to them by Wallace. The man was a fellow insurance agent, whom Goodman identifies in the book as Mr. X. The police ignored the suggestion.

In 1969, when The Killing of Julia Wallace was first published in the United Kingdom, Goodman had picked up on the lead the police disregarded.

As a result, he was convinced that Wallace was unjustly convicted. In 1981 Goodman revealed the name of the suspect, who was by then deceased. The suspect had a long record of criminal charges that had been dropped or dismissed due to his family connections—his father and uncle were local officials; his father’s secretary was the daughter of the police superintendent.

True crime fans will welcome the return of this classic unsolved mystery by the inimitable Jonathan Goodman.

Jonathan Goodman, one of Britain’s foremost true crime historians, passed away in 2008. The Killing of Julia Wallace launched his career as a historian of crime. The Kent State University Press was sought out by his estate to publish new U.S. editions of several of his collections. Other Goodman books published by The Kent State University Press include Bloody Versicles: The Rhymes of Crime (1993), The Passing of Starr Faithfull (1996), Tracks to Murder (2005), Murder on Several Occasions (2007), The Christmas Murders (2011), and The Supernatural Murders (2011).