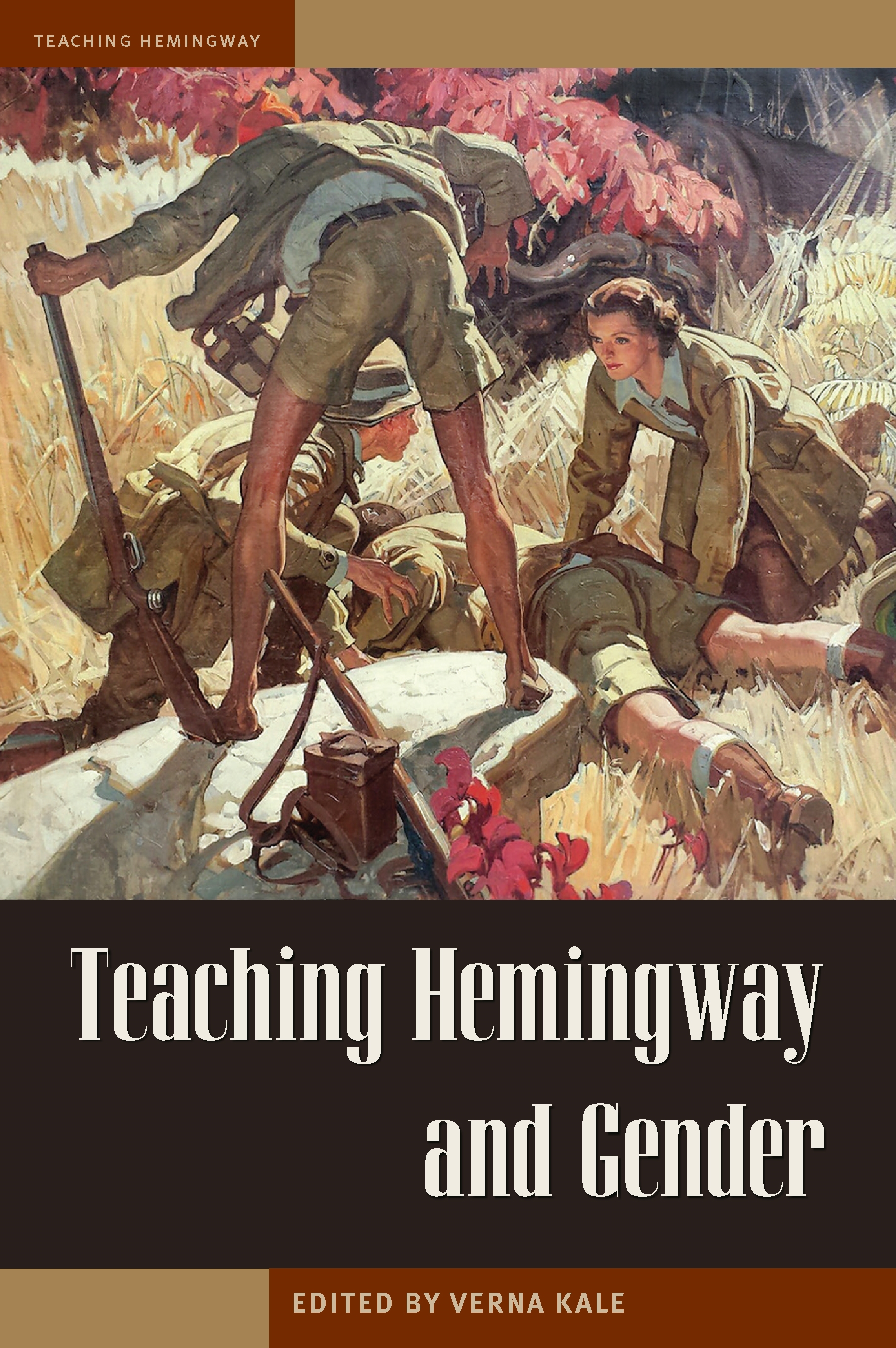 Ernest Hemingway’s place in American letters seems guaranteed: a winner of Nobel and Pulitzer prizes, Hemingway has long been a fixture in high school and college curricula. Just as influential as his famed economy of style and unflappable heroes, however, is his public persona. Heming- way helped create an image of a masculine ideal: sportsman, brawler, hard drinker, serial monogamist, and world traveler. Yet his iconicity has also worked against him. Because Hemingway is often dismissed by students and scholars alike for his perceived misogyny, instructors might find themselves wondering how to handle the impossibly over-determined author or even if they should include him on their syllabi at all.

With these concerns in mind, the authors of the essays in Teaching Hemingway and Gender introduce both students and scholars to Hemingway’s surprisingly multivalent treatment of gender and sexuality. Individual essays deal with Hemingway’s short stories, novels, and the posthumously published novel The Garden of Eden, but the ideas are widely applicable in discussions of modernism, authorship, the literary market place, popular culture, gender theory, queer theory, and men’s studies.

A state-of-the-field bibliographic essay by Debra A. Moddelmog and an evocative—and provocative— personal narrative by Hilary Kovar Justice bookend the volume, which offers contributions from senior scholars, faculty at community colleges, teachers in ESL and rhetoric programs, a professor at an all-male college, and others with a range of experiences in between. The book also contains an appendix of teaching materials, including suggestions for further reading, syllabi, writing prompts, and other course materials that readers can adapt for use in their own classrooms. The collection will serve as both a valuable source for scholars working on gender and sexuality and a practical handbook for new and veteran instructors.

Verna Kale teaches in the Rhetoric Program at Hampden-Sydney College. She has contributed articles and shorter pieces to The Hemingway Review and The Journal of Popular Culture and to the books Ernest Hemingway and the Geography of Memory (The Kent State University Press, 2009) and Ernest Hemingway in Context (2013). Her biography of Hemingway is forthcoming in 2016.