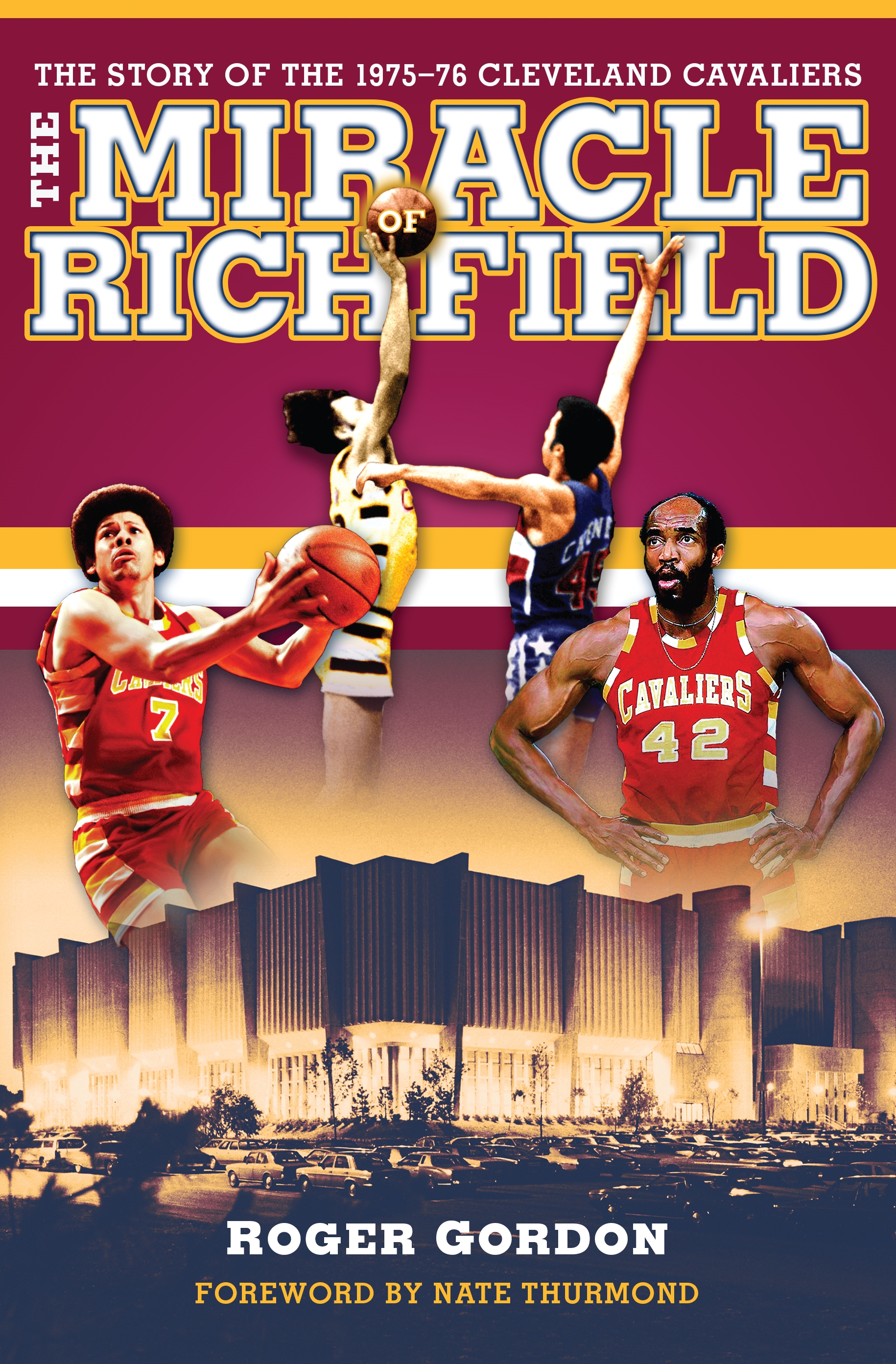 The Miracle of Richfield

The Story of the 1975–76 Cleveland Cavaliers

Three years before Brian Sipe began his magic with the Cleveland Browns, Bill Fitch and his band of Cavaliers brought a buzz to Northeast Ohio basketball that fans had never seen before. Despite a rough start to their 1975–76 season, the Cavaliers rode the shoulders of Akron native Nate Thurmond to the Central Division title. Under his leadership, they qualified for the playoffs. Then in April the Cavs provided fans with a remarkable string of games against the Washington Bullets, winning in incredible fashion three times—twice at The Coliseum in Richfield en route to a 4–3 series victory in the Eastern Conference Semifinal.

An emotionally charged experience, this was the Cavs’ first time in the playoffs. To further the excitement, three of their four victories weren’t clinched until the final buzzer. The noise in The Coliseum was so intense that the building shook. Hailed as the “Miracle of Richfield,” many maintain that the 1975–76 season remains the most memorable in Cavaliers history even over the 2006–07 and 2014–15 seasons led by LeBron James.

The Miracle of Richfield: The Story of the 1975–76 Cleveland Cavaliers offers readers an inside look at the team, from its slow start winning just 6 of 16 games, the key signing of Thurmond, and winning the Central title to the pulse-pounding playoff series with the Bullets and the disappointing defeat to the Celtics. The ’75–76 season—especially the playoff — provided Cavs fans with an exhilaration that will never be forgotten.

This is Roger Gordon’s fifth book and his second on the Cavaliers. His Tales from the Cleveland Cavaliers: The Rookie Season of LeBron James was published in 2004. Prior to that, he published books about the Cleveland Browns and one on the Cincinnati Bengals. Gordon lives in North Canton, Ohio.