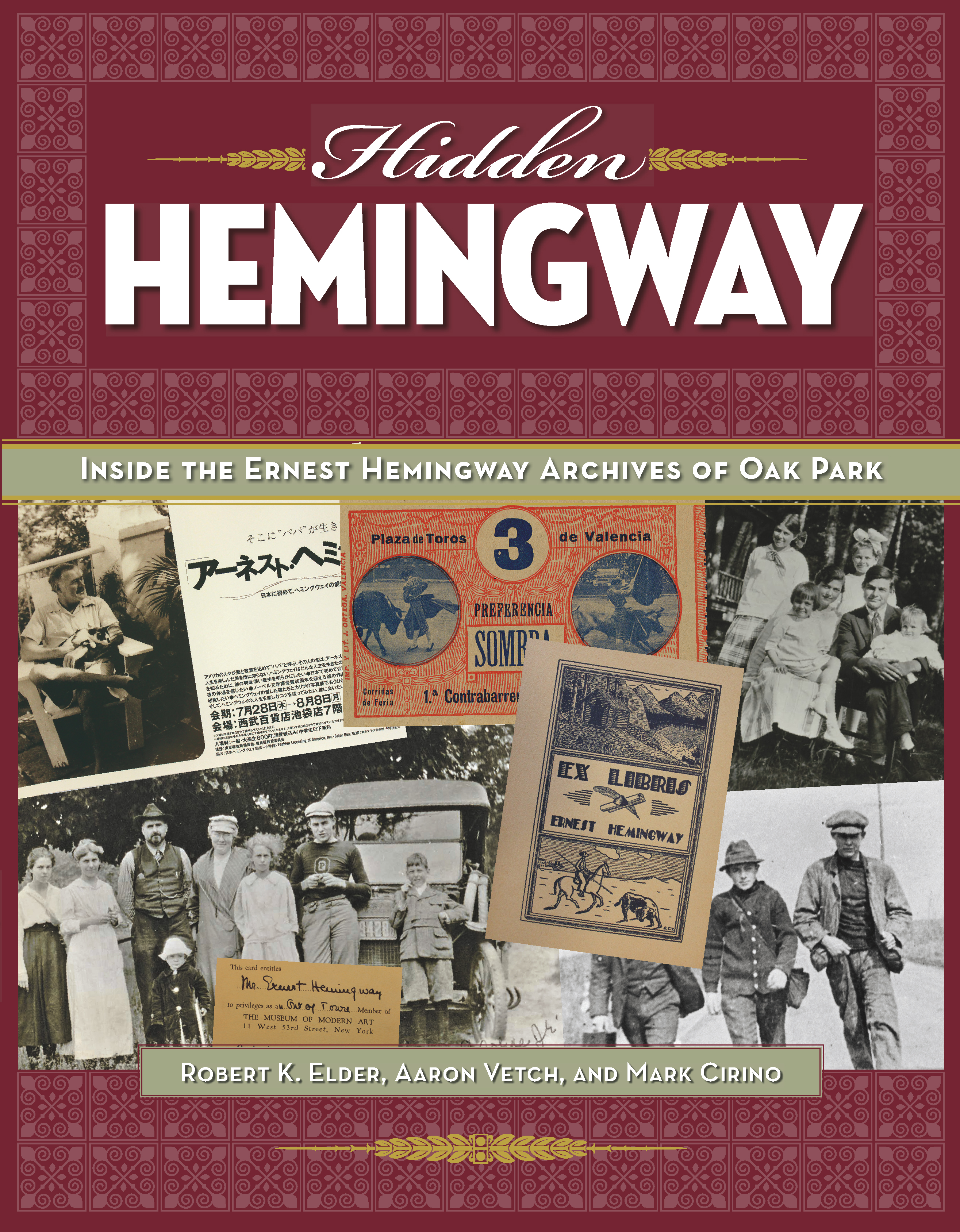 Inside the Ernest Hemingway Archives of Oak Park

Thinking of Ernest Hemingway often brings to mind his travels around the world, documenting war and engaging in thrilling ad- ventures. However, fully understanding this outsized international author means returning to his place of birth. Hidden Hemingway presents highlights from the extraordinary collection of the Ernest Hemingway Foundation of Oak Park. Thoroughly researched, and illustrated with more than 300 color images, this impressive volume includes never-before-published photos; letters between Heming- way and Agnes Von Kurowsky, his World War I love; bullfighting memorabilia; high school assignments; adolescent diaries; Heming- way’s earliest published work, such as the “Class Prophecy” that appeared in his high school yearbook; and even a dental X-ray. Hidden Hemingway also includes one of the final letters Hemingway wrote, as he was undergoing electroshock treatment at the Mayo Clinic. These documents, photographs, and ephemera trace the trajectory of the life of an American literary legend.

The items showcased in Hidden Hemingway are more than stagedressing for a literary life, more than marginalia. They provide definition—and, in some cases, documentation—of Hemingway’s ambition, heartbreak, literary triumphs and trials, and joys and tragedies. It’s Hemingway’s stature as a Pulitzer Prize– and Nobel Prize–winning author that draws so many biographers and historians to his work. It is also the wealth of material he left behind that makes him such a compelling, engaging, and often polarizing figure.

For Hemingway, the material he saved was both autobiography and research. He gathered data and details that made the life lived in his books more authentic. The authors of Hidden Hemingway have done the same, telling a life story through items that illuminate Hemingway’s legacy. Some of the material contradicts the public image that Hemingway built for himself, and some supports his larger-than-life myth. In all, Hidden Hemingway celebrates the Ernest Hemingway archives and Oak Park’s most famous author.

Robert K. Elder is the Director of Digital Product Development & Strategy at Crain Communications and the author of seven books, including Last Words of the Executed and The Best Film You’ve Never Seen: 35 Directors Champion the Forgotten or Critically Savaged Movies They Love.

Aaron Vetch is a writer and copyeditor living in Seattle, who has collaborated with Robert K. Elder on several projects, including Last Words of the Executed and The Best Film You’ve Never Seen. Vetch is a graduate of Concordia College with a degree in international relations.