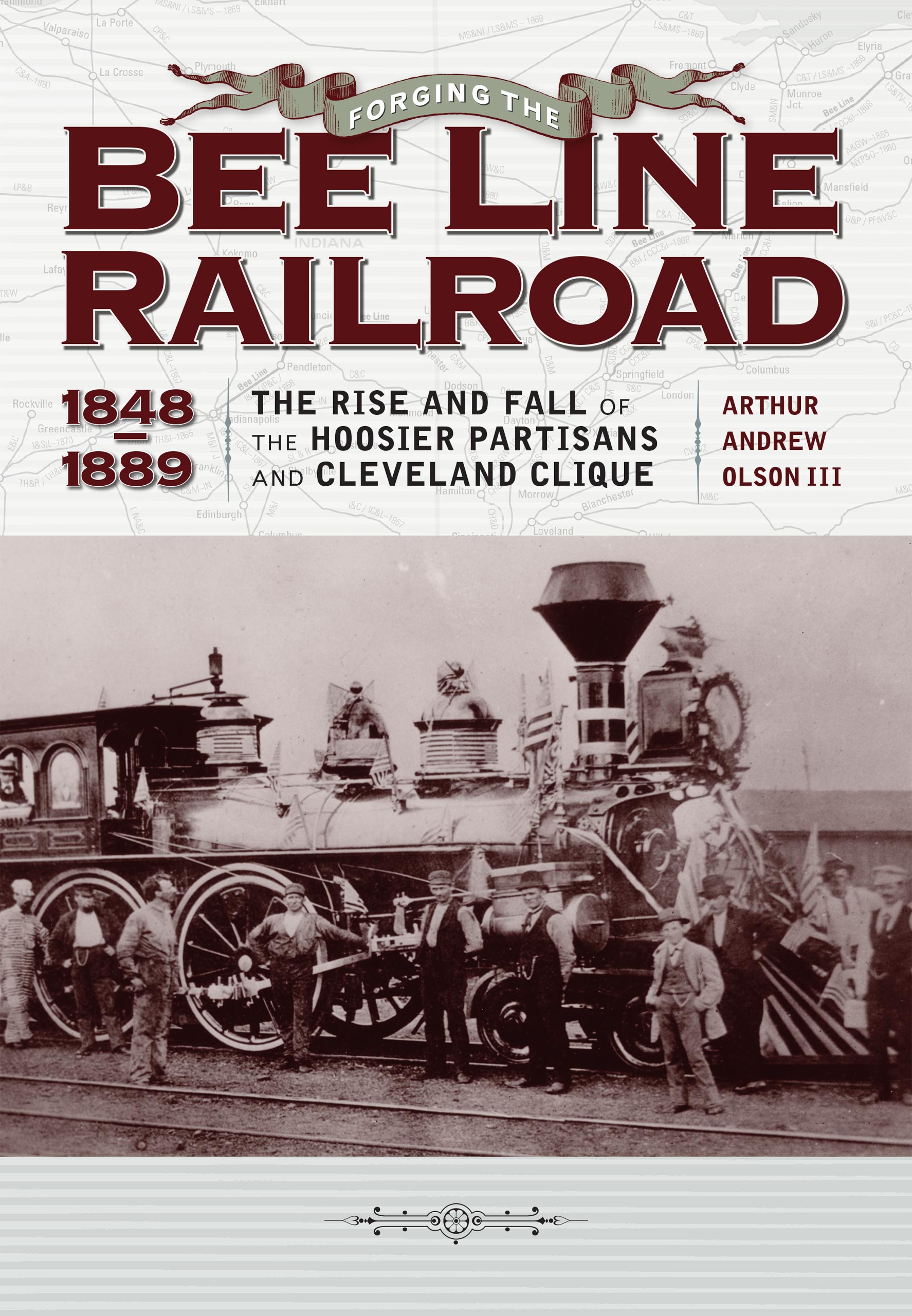 The Rise and Fall of the Hoosier Partisans and Cleveland Clique

In the 1830s, as the Trans Appalachian economy began to stir and Europe's Industrial Revolution reached its peak, concerned Midwesterners saw opportunities and risks. Success of the Erie Canal as a link to East Coast economic markets whetted the appetites of visionaries and entrepreneurs, who saw huge opportunities. Amid this perfect storm of technology, enterprise, finance, location, and timing arose some of the earliest railroads in the Midwest.

By the late 1840s three such vision-driven railroad ventures had sprung to life. Two small railroads carrying goods to Midwestern markets - the Indianapolis & Bellefontaine in Indiana and the Bellefontaine & Indiana in Ohio - spawned early enthusiasm, but few citizens would look beyond the horizon. It was the admonition of Oliver H. Smith, founder of the Indiana line, who challenged the populace to look farther: "to decide whether the immense travel and business of the west should pass round or go through central Indiana."

Soon, the two local lines would crystallize in the minds of people as the "Bee Line." In Cleveland, meanwhile, a clique of committed businessmen, bankers, and politicians came together to finance the most prosperous of all early Midwestern railroads, extending from Cleveland to Columbus. Their aspirations expanded to control the larger Midwestern market from Cleveland to St. Louis. First by loans and then by bond purchases, they quickly took over the "Bee Line."

Hoosier partisans' independence, however, could not be easily brushed aside. Time and again they would frustrate the attempts of the Cleveland clique, exercising a degree of autonomy inconsistent with their dependent financial underpinnings. Ultimately, they acquiesced to the reality of their situation. After the Civil War, even the group from Cleveland fell victim to unscrupulous foreign and national financiers and manipulators who had taken their places on the boards of larger trunk lines expanding throughout the Midwest.

Exhaustively researched and meticulously documented, Forging the "Bee Line" Railroad, 1848-1889 is the first comprehensive scholarly work on this most important of early Midwestern railroads.

Arthur Andrew Olson III is a noted amateur historian who focuses on the Midwest's pioneer era. Olson has authored several unpublished manuscripts that are archived in a research collection at Ball State University. His Anatomy of the 1818 Treaties of St. Marys and the "New Purchase" of Indiana and Pioneer and Civil War Era Indiana Politics: The Political Career of David Kilgore take a detailed look at key aspects of this important era. He holds a J.D. from Chicago-Kent College of Law, Illinois Institute of Technology.