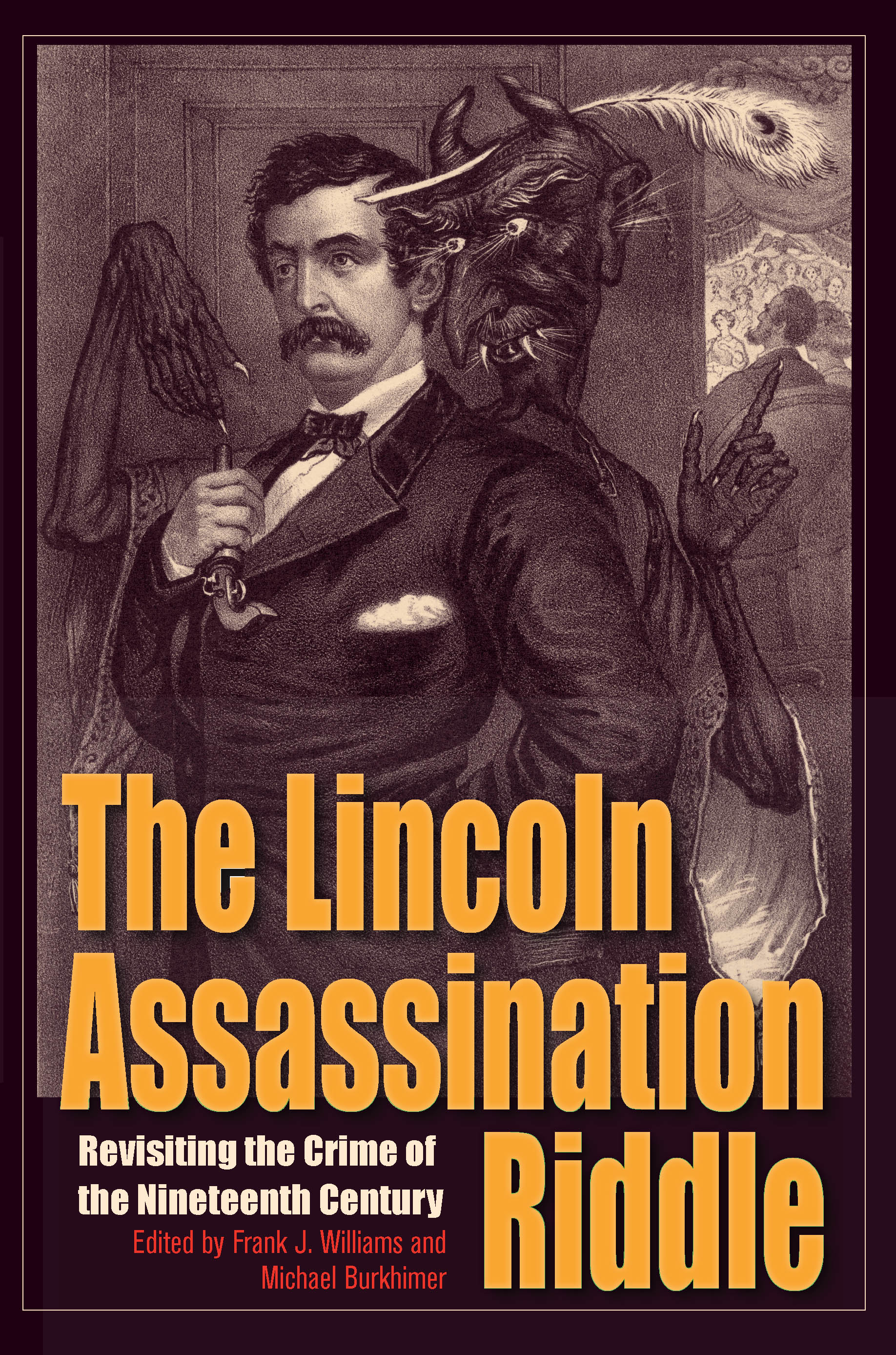 Revisiting the Crime of the Nineteenth Century

Most Americans are aware that their sixteenth president was mortally wounded by a man named Booth at a Washington theater in April 1865. These are facts that nobody can dispute. However, a closer look at this history-changing catastrophe raises questions that have still not been fully answered. The passing of the 150th anniversary of the United States’ first presidential assassination is an ideal time for students and scholars to consider these questions.

The Lincoln Assassination Riddle explores the persistent mysteries of the assassination with contributions from leading experts—Burrus M. Carnahan, Joan L. Chaconas, Michael S. Green, Michael Kauffman, Betsy J. Ownsbey, Edward Steers Jr., Tom Turner, and others—who approach the crime from a variety of perspectives. Each focuses on one controversial or compelling topic—among them the extent of the conspiracy to kill President Lincoln, whether Lincoln can be regarded as a martyr to voting rights, a new analysis of John Wilkes Booth and his relationship with the Confederate government and how it affected the plot, the forensics of Lincoln’s death, and whether modern medicine could have saved the president. Also included are important discussions of Booth’s escape route in southern Maryland and its effects on the assassination. Controversial figures like Louis Weichmann and Mary and John Surratt are profiled and the evidence against them examined.

There is little doubt that the assassination of Abraham Lincoln changed the course of American history in ways we are still dealing with today. The course of racial justice in the United States was for- ever altered by Booth’s bullet. This volume will challenge and delight readers who are interested in getting to know everything they can about this epic and tragic event and in untangling the riddle of the Lincoln assassination.

Frank J. Williams, Founding Chair of The Lincoln Forum, is the retired chief justice of the Rhode Island Supreme Court. He has written or edited more than 20 books.

Michael Burkhimer is a history teacher for Haverford School District in Pennsylvania, review editor of Lincoln Herald, author of 100 Essential Lincoln Books and Lincoln’s Christianity, and coeditor of The Mary Lincoln Enigma: Historians on America’s Most Controversial First Lady.