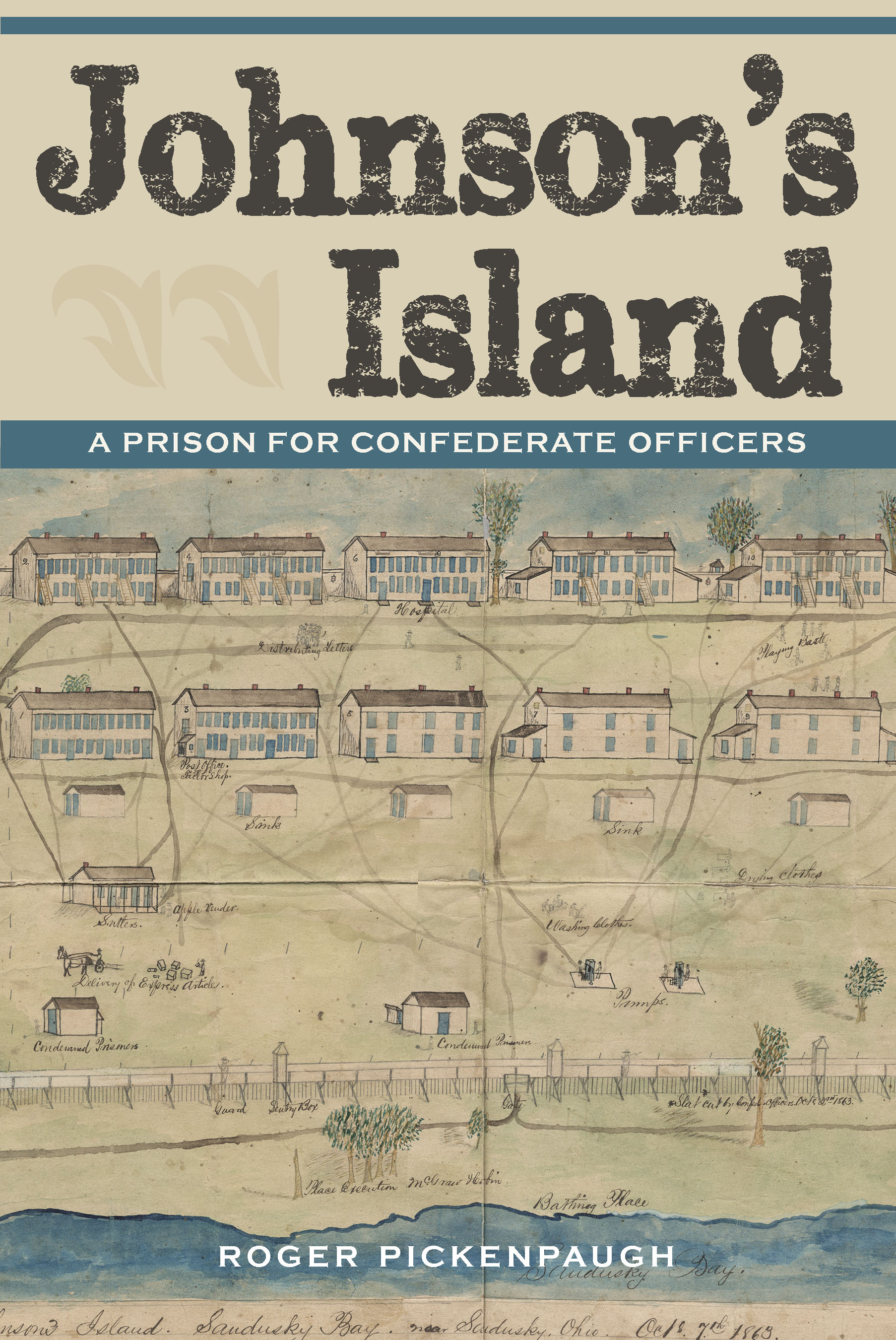 A Prison for Confederate Officers

In 1861, Lt. Col. William Hoffman was appointed to the post of commissary general of prisoners and urged to find a suitable site for the construction of what was expected to be the Union’s sole military prison. After inspecting four islands in Lake Erie, Hoffman came upon one in Sandusky Bay known as Johnson’s Island. With a large amount of fallen timber, forty acres of cleared land, and its proximity to Sandusky, Ohio, Johnson’s Island seemed the ideal location for the Union’s purpose. By the following spring, Johnson’s Island prison was born.

Johnson’s Island tells the story of the camp from its planning stages until the end of the war. Because the facility housed only officers, several literate diary keepers were on hand; author Roger Pickenpaugh draws on their accounts, along with prison records, to provide a fascinating depiction of day-to-day life. Hunger, boredom, harsh conditions, and few luxuries were all the prisoners knew until the end of the war, when at last parts of Johnson’s Island were auctioned off, the post was ordered abandoned, and the island was mustered out of service.

There has not been a book dedicated to Johnson’s Island since 1965. Roger Pickenpaugh presents an eloquent and knowledgeable overview of a prison that played a tremendous role in the lives of countless soldiers. It is a book sure to interest Civil War buffs and scholars alike.

Roger Pickenpaugh was a teacher at Shenandoah Middle School in Sarahsville, Ohio, for thirty years before retiring. His books have focused mainly on outstanding Ohio weather events and the Civil War, and in recent years he has devoted a great amount of study to the topic of Civil War prisons. Some of his works include Rescue by Rail: Troop Transfer and the Civil War in the West, 1863;Camp Chase and the Evolution of Union Prison Policy; and Captives in Gray: The Civil War Prisons of the Union, recipient of the 2010 James I. Robertson Jr. Literary Prize, sponsored by the Robert E. Lee Robert E. Lee Civil War Library and Research Center.