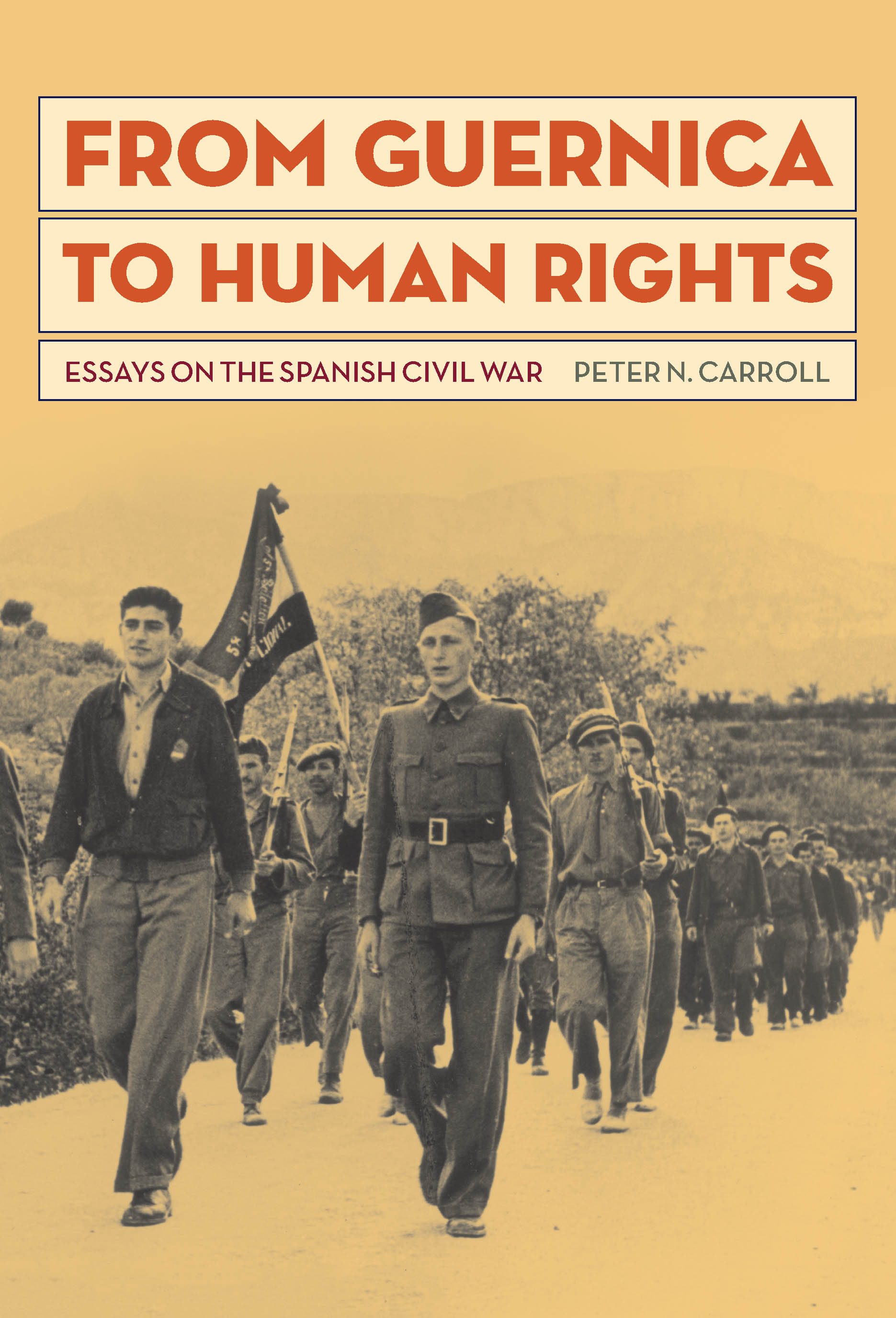 From Guernica to Human Rights

Essays on the Spanish Civil War

The Spanish Civil War, a military rebellion supported by Hitler and Mussolini, attracted the greatest writers of the age. Among them were Ernest Hemingway, George Orwell, André Malraux, Arthur Koestler, Langston Hughes, and Martha Gellhorn. They returned to their homelands to warn the world about a war of fascist aggression looming on the horizon.

Spain’s cause drew 35,000 volunteers from 52 countries, including 2,800 Americans who formed the Abraham Lincoln Brigade. Eight hundred Americans lost their lives. Of them, Hemingway wrote, “no men entered earth more honorably than those who died in Spain.” Writers and soldiers alike saw Spain as the first battlefield of World War II. In the title essay of this book, historian Peter N. Carroll traces the war’s legacy, from the shocking bombing of the Basque town of Guernica by German and Italian air forces to the attacks on civilians and displacement of refugees in later wars.

Carroll’s work focuses on both the personal and political motives that led seemingly ordinary Americans to risk their lives in a foreign war. Based on extensive oral histories of surviving veterans and original archival work—including material in the once-secret Moscow archives—the essays, some never before published, present forty years of scholarship. A portrait of three American women illustrates the growing awareness of a fascist threat to our home front. Other pieces examine the role of ethnicity, race, and religion in prompting Americans to set off for war.

Carroll also examines the lives of war survivors. Novelist Alvah Bessie became a screenwriter and emerged as one of the blacklisted “Hollywood Ten.” Ralph Fasanella went from union organizing to becoming one of the country’s significant “outsider” painters. Hank Rubin won fame as a food connoisseur and wine columnist. And one volunteer, the African American Sgt. Edward Carter, earned a Congressional Medal of Honor for his heroism in World War II. Most famously, Ernest Hemingway wrote For Whom the Bell Tolls. His sharp criticism of the film version of the novel, in a series of private letters published here for the first time in book form, reveals his deep commitment to the antifascist cause.

For those who witnessed the war in Spain, the defeat of democracy remained, in the words of Albert Camus, “a wound in the heart.” From Guernica to Human Rights is essential reading for anyone interested in the Spanish Civil War and its aftermath.