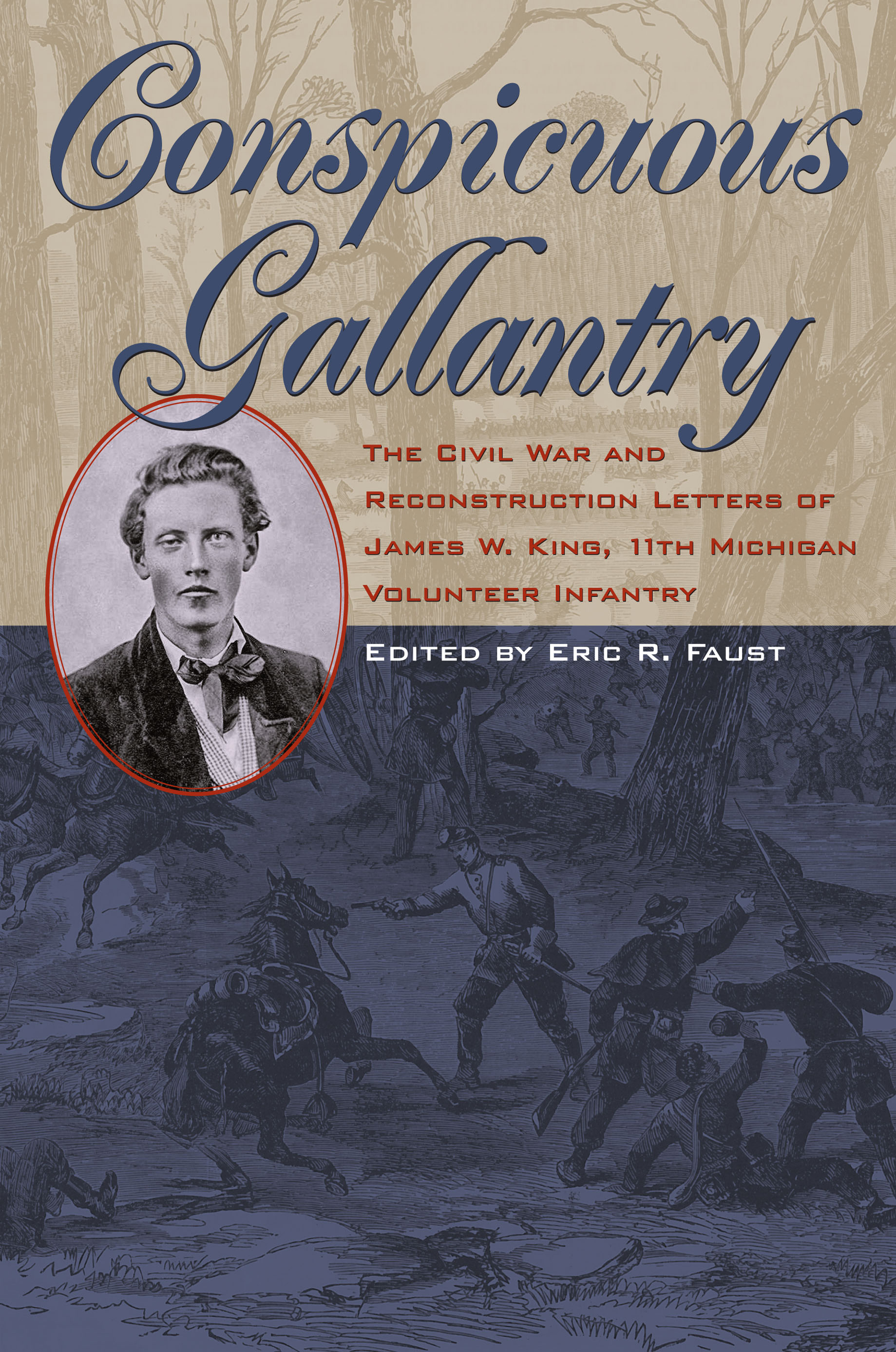 A unique and fascinating collection of letters from a soldier, planter, and journalist

The Union states of what is now the Midwest have received far less attention from historians than those of the East, and much of Michigan’s Civil War story remains untold. The eloquent letters of James W. King shed light on a Civil War regiment that played important roles in the battles of Stones River, Chickamauga, and Missionary Ridge. King enlisted in the 11th Michigan in 1861 as a private and rose to the rank of quartermaster sergeant. His correspondence continues into the era of Reconstruction, when he tried his hand at raising cotton in Tennessee and Alabama and found himself caught up in the social and political upheavals of the postwar South.

King went off to war as an obscure nineteen-year-old farm boy, but he was anything but average. His letters to Sarah Jane Babcock, his future wife, vividly illustrate the plight and perspective of the rank-and-file Union infantryman while revealing the innermost thoughts of an articulate, romantic, and educated young man.

King’s wartime correspondence explores a myriad of issues faced by the common Federal soldier: the angst, uncertainty, and hope associated with long-distance courtship; the scourge of widespread and often fatal diseases; the rapid evolution of views on race and slavery; the doldrums of camp life punctuated with the horrors of combat and its aftermath; the gnawing anxiety while waiting for mail from home; the incessant gambling, drunkenness, and profanity of his comrades; and the omnipresent risk of death or crippling disability as the cost of performing his duty: to preserve the Union.

Through meticulous research and careful editing, Eric R. Faust presents a story that does not cease with King’s muster out, or even with Lee’s surrender at Appomattox. King’s postwar correspondence illuminates the struggles of a soldier disabled by wounds, trying to find his place in a civilian world forever changed by war. Like thousands of other Northern soldiers, King traveled south to raise cotton. The letters he penned on the plantation defy the timeworn stereotype of carpetbaggers as ruthless opportunists who deprived the South of its capital and dignity after the war.

A kind twist of fate boosted King to prominence in his home state as editor of Michigan’s foremost Republican newspaper and set him on a path to national notoriety. Through King’s remarkable rise to the national stage, the reader gains insight into the heated political climate of the Reconstruction era and the Gilded Age, and more generally into the deeply complex legacy of the American Civil War.

Eric R. Faust, great-great-grandson of James W. King, is a senior software engineer at Quicken Loans. He holds a B.S. in computer science, with a cognate in history, from Michigan State University. He has enjoyed a lifelong interest in the Civil War and is completing a regimental history of the 11th Michigan Volunteer Infantry.