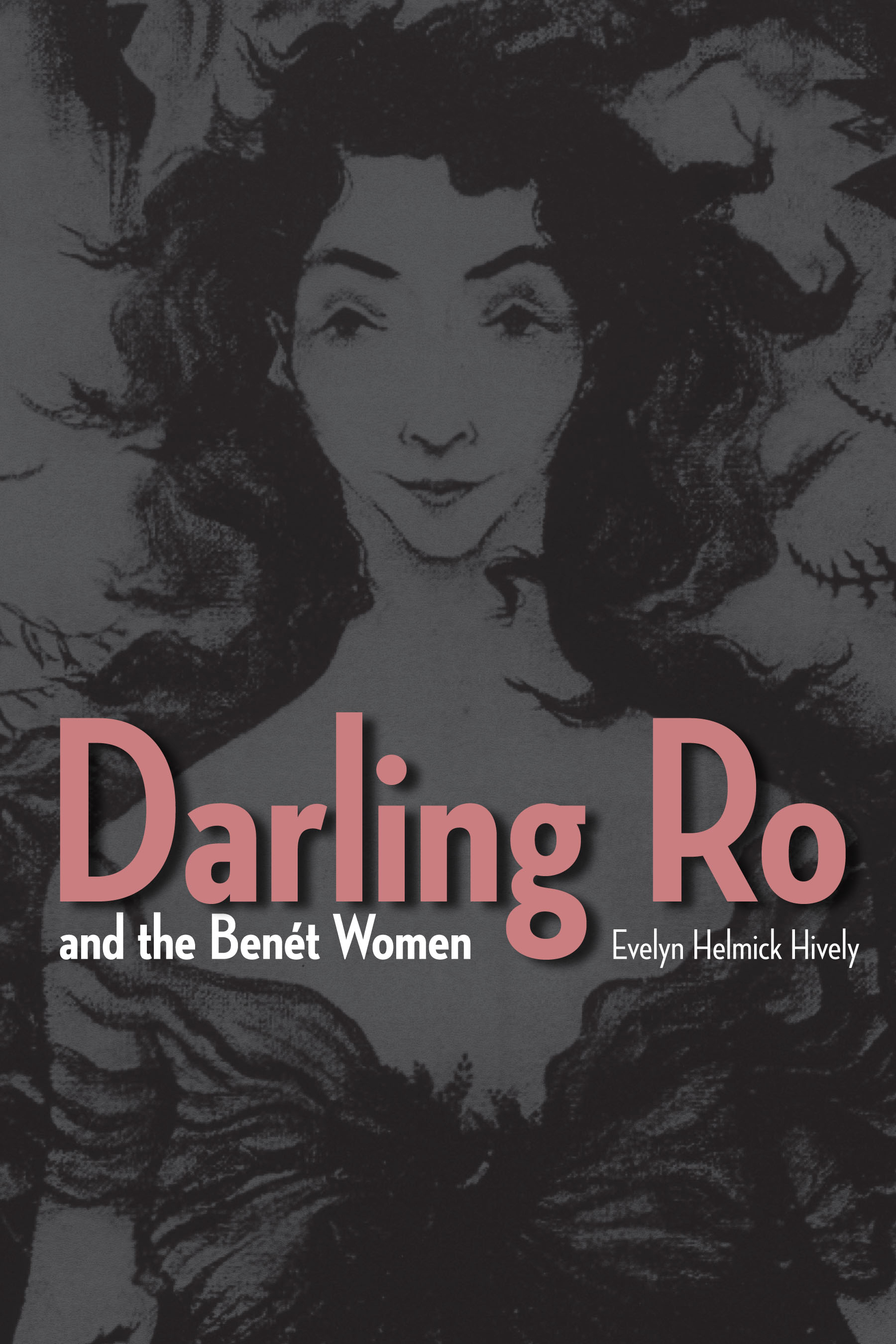 Darling Ro and the Benét Women

The Benét name immediately evokes Stephen Vincent and his older brother William Rose, Pulitzer Prize–winning poets and novelists during the first half of the twentieth century. Less well remembered are the remarkable women related to the Benét brothers, including Rosemary Carr, Stephen’s wife; Laura, his sister; Elinor Wylie, William’s second wife; and Kathleen Norris, the popular novelist who raised the children of her brother-in-law William.

Darling Ro and the Benét Women presents a revealing glimpse of social and literary life in New York and Paris during the 1920s. Using a recently released collection of letters from the Benét Collection at Yale University, author Evelyn Helmick Hively extracts captivating anecdotes and impressions about a talented group of writers and impressive feminist figures. Written by Rosemary Carr Benét to her mother, Dr. Rachel Hickey Carr (one of Chicago’s first women physicians), the compilation of letters and short dispatches from Paris provides the focus of the book.

A gifted poet and journalist, Rosemary Carr was a prolific writer of articles for the New York Herald-Tribune, Harper’s Bazaar, and Vogue; of stories and poems for The New Yorker and other magazines; and hundreds of letters. She belonged to a remarkably skillful, social, and artistic group of men and women who bonded early in life, and her letters paint fascinating portraits of their lives, careers, and relationships.

Darling Ro and the Benét Women offers an insider’s perspective of a well-known cosmopolitan American family.