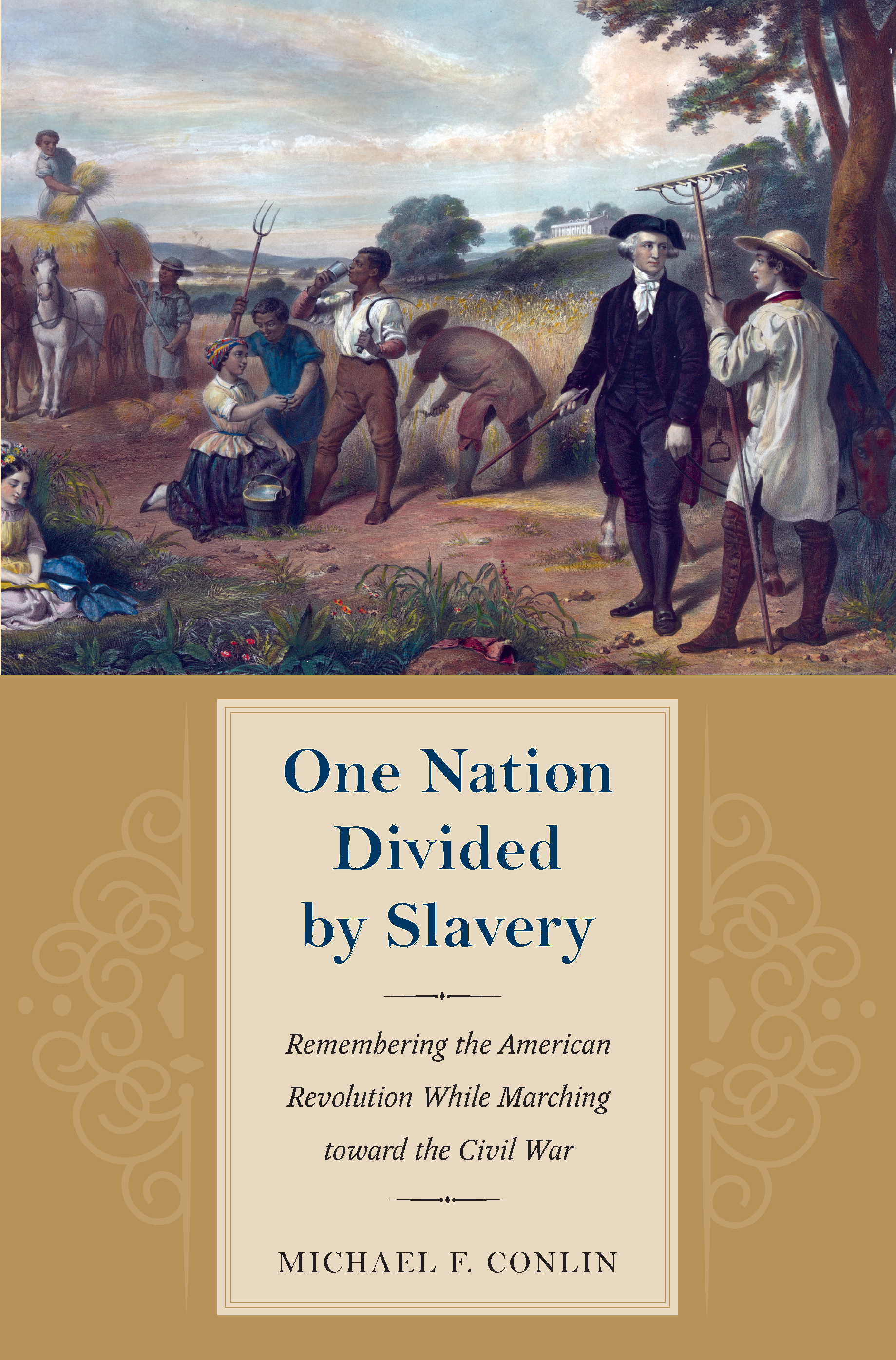 One Nation Divided by Slavery

Remembering the American Revolution While Marching toward the Civil War

The centrality of the American Revolution in the antebellum slavery controversy

In the two decades before the Civil War, free Americans engaged in “history wars” every bit as ferocious as those waged today over the proposed National History Standards or the commemoration at the Smithsonian Institution of the atomic bombing of Hiroshima. In One Nation Divided by Slavery, author Michael F. Conlin investigates the different ways antebellum Americans celebrated civic holidays, read the Declaration of Independence, and commemorated Revolutionary War battles, revealing much about their contrasting views of American nationalism.

While antebellum Americans agreed on many elements of national identity—in particular that their republic was the special abode of liberty on earth—they disagreed on the role of slavery. The historic truths that many of the founders were slaveholders who had doubts about the morality of slavery, and that all thirteen original states practiced slavery to some extent in 1776, offered plenty of ambiguity for Americans to “remember” selectively. Fire-Eaters defended Jefferson, Washington, and other leading patriots as paternalistic slaveholders, if not “positive good” apologists for the institution, who founded a slaveholding republic. In contrast, abolitionists cited the same slaveholders as opponents of bondage, who took steps to end slavery and establish a free republic. Moderates in the North and the South took solace in the fact that the North had managed to end slavery in its own way through gradual emancipation while allowing the South to continue to practice slavery. They believed that the founders had established a nation that balanced free and slave labor.

Because the American Revolution and the American Civil War were pivotal and crucial elements in shaping the United States, the intertwined themes in One Nation Divided By Slavery provide a new lens through which to view American history and national identity.

Michael F. Conlin is professor of history at Eastern Washington University. He has published several articles on the political, cultural, and intellectual history of the antebellum era, the most recent being “The Dangerous Isms and the Fanatical Ists: Antebellum Conservatives in the South and the North Confront the Modernity Conspiracy” in Journal of the Civil War Era.