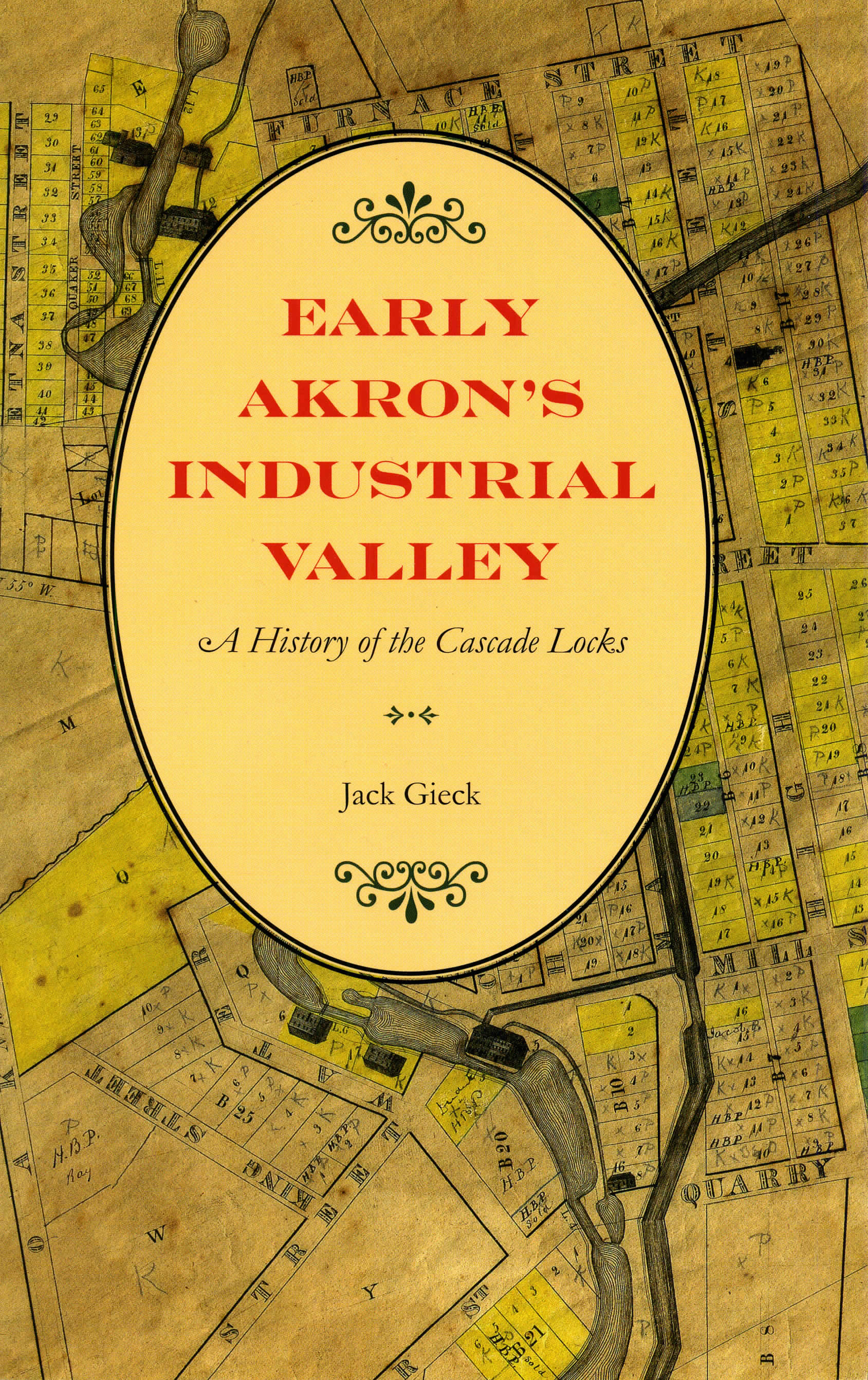 A History of the Cascade Locks

A pictorial history of a piece of Ohio's canal heritage

In this study of Akron's Cascade Locks, canal historian Jack Gieck examines the story of this remarkable lock system, including a look at early-nineteenth-century entrepreneurs who exploited the precipitous terrain to found one of the first industrial centers in the American Midwest.

A steep staircase of sixteen locks was required to raise canal boats 149 feet in a single mile in order to reach the Akron Summit - the highest point on the 309-mile-long Ohio & Erie Canal. But what was considered by some to be an impossible feat of engineering represented a commercial opportunity for others, beginning with Dr. Eliakim Crosby, who built a two-mile millrace from a dam on the Little Cuyahoga River at Middlebury to his Stone Mill at Lock 5 on the canal. After turning Crosby's millstones, the water became the Cascade Race, flowing down the steep slope stones, parallel to the canal, giving rise to more than a dozen industries, including several iron furnaces, a foundry, a woolen mill, a furniture factory, a distillery, several grist mills, and two rubber plants - all of them turned by waterpower. And they shipped their products to markets from New York to New Orleans via the canal running by their back doors.

Early Akron's Industrial Valley is illustrated with photographs from the author's collection and the archives of the Canal Society of Ohio, the Ohio Historical Society, the University of Akron, and the Cascade Locks Park Association. It contains a guide for Canalway hikers and bikers on the towpath through Akron's Cascade Locks Park with original maps by Chuck Ayers. This book will be welcomed by historians and engineers as well as by the many who find the surviving canals to be fascinating symbols of Ohio's heritage.

Mr. Gieck was an engineer and past-president of the Canal Society of Ohio and founder of Cinemark, Inc., a producer of technical and historical films including the award-winning video series Ohio's Canal Era. He is the author of the popular A Photo Album of Ohio's Canal Era, 1825-1913 (Kent State University Press, 1988) and of Early Akron's Industrial Valley: A History of the Cascade Locks (Kent State University Press, 2008).