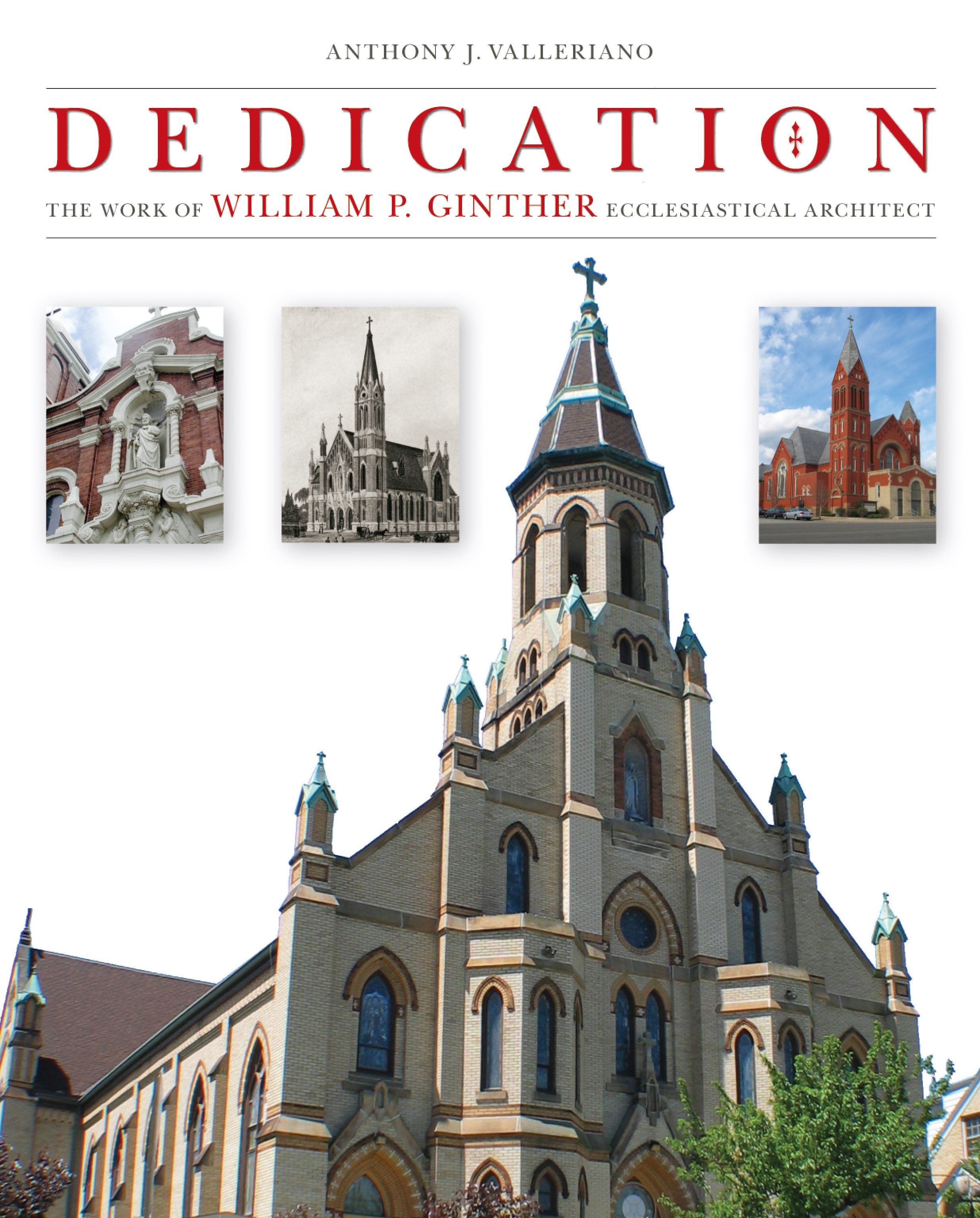 An illustrated compendium of a prolific designer of Ohio churches Akron-based architect William P. Ginther (1858-1933) designed sexty-hree Roman Catholic churches, primarily in Ohio and Pennsylvania. Dedication is the first book to document his architectural designs. By combining historical images with twenty-first-century photographs, author Anthony J. Valleriano presents the most comprehensive overview or Ginther's architectural career available today. the son of German immigrants, Ginther demonstrated considerable drawing skills at an early age. In grade schoo, he was known for illustrating picutres of the school building and grounds. As his skills advanced, Ginther was encouraged to study architecture as a profession at Buchtel College (now the University of Akron). Frank Wheary, a leading Akron architect of the time, spotted Ginter's drawing talents and promptly put him to work. Under Wheary's guidance, Ginter learned the craft of architectural drafting and engineering and helped design and supervise the construction of his first building, McKinley Churhc, in Canton, Ohio. Ginther became one of the most influential ecclesiastical architects in Ohio during the late nineteenth and early twentieth centuries. The designer of churches in Cleveland, Akron, Columbus, Pittsburgh, Erie and many other communiteies, he defined the sense of sacred space for countless worshipers and enriched the aesthetic and religious lives of the region's residents. Those interested in religious architecture or in Ohio historical architecture will find Dedication a valuable addition to their libraries.