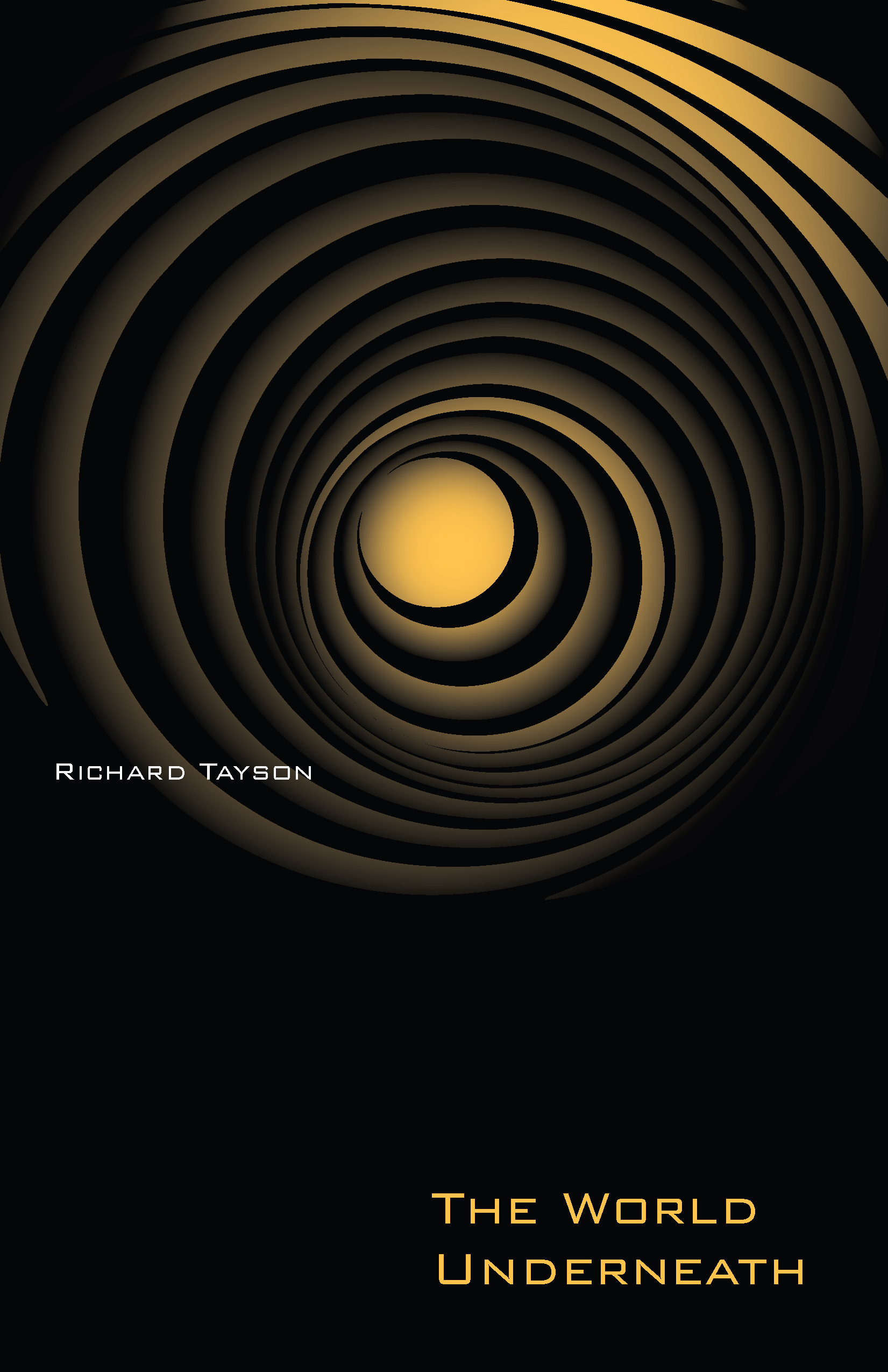 An intimate second book of poems

Richard Tayson’s second book of poems, The World Underneath, concerns birth, motherhood, explorations of the feminine in a world scarred by war, environmental crisis, and violence. The book’s locus is a series of poems related to a home birth, an event that leads the poems’ speaker to question the place of the individual within the home, the world, and the wider universe. All things connect, as the speaker travels cross-country to the birth then back to where he lives in a multiracial relationship of two men committed to each another. The book’s widest aim is to unite the personal and the universal, the masculine and the feminine, the gay and the non-gay. As they explore the crucial dilemmas of our time, Tayson’s poems probe beneath ordinary experience to discover the ineffable and the difficult-to-say, the space between what we know and what remains distant, unreachable.

“Reading Richard Tayson’s The World Underneath rejoices my heart and gives me a little hope for both humanity and poetry. I read with awe the sequence in which this gay poet attends his sister-in-law’s home delivery of a son, after flying ‘over one of the nineteen states that still puts people like me in prison. O Texas, O Tennessee, sweet Georgia with your one-to-twenty years felony.’ Tayson’s language is fast-moving, passionate, compassionate—alive with physical, spiritual and political detail that makes him heir to Muriel Rukeyser.”
—Alicia Ostriker

“Richard Tayson sees the world through the eyes of a man dedicated to love. His poems walk the walk of a poet willing to open that world and look at it for what it is, its joys and terrors, even when he must look at his own dark insides. I especially rejoice for his poems of intimacy and friendship with women, women who he sees not as ‘other,’ but as people struggling with the same concerns that he has. This sensibility is a rare contribution to our literature! In a life threatening moment, he gains a clear vantage, ‘you climb higher, get a wide view of the world’s delicacies, love. . . .’ In The World Underneath, the poems are all love poems whose beauty and authority convince me of the depth of the poet’s journey. His poems are easy to enter—you may feel that you are talking to a best friend—so easy to enter you might not notice the twin knives of truth and lyricism they have been held up to.”
—Toi Derricotte

“Richard Tayson’s The World Underneath is a series of passionate visions, stunning in their directness and emotional power. They bear witness to birth and the body’s miracles, to homophobic violence and unspeakable losses, and to the tensile strength of love and loyalty that connects us against the odds. Awe and fierce anger sing in these poems, as the questing spirit in them seeks to grow large enough to include us all.”
—Joan Larkin

“It’s a rare treat when a poet achieves such mature work as these gritty poems, celebrating his epiphanic moments, among them the miracles of childbirth and his blissful life with his lover. Even his dark rage against the injustice of homophobic violence comes not out of weakness but from strength. What makes these poems even more satisfying is how they burst into flame, into verbal explosions, scattering a glitter of magic.”
—Edward Field

Richard Tayson’s first book of poetry, The Apprentice of Fever (Kent State University Press, 1998), was the 1997 Stan and Tom Wick Poetry Prize winner. Tayson’s other awards include a New York Foundation for the Arts Fellowship, Prairie Schooner’s Edward Stanley Award, and a Pushcart Prize. Tayson’s co-authored book of non-fiction, Look Up for Yes (1998), appeared on bestseller lists in Germany, and has been included in Reader’s Digest’s Today’s Best Nonfiction in the United States, Germany and Australia. He lives in Queens, New York.