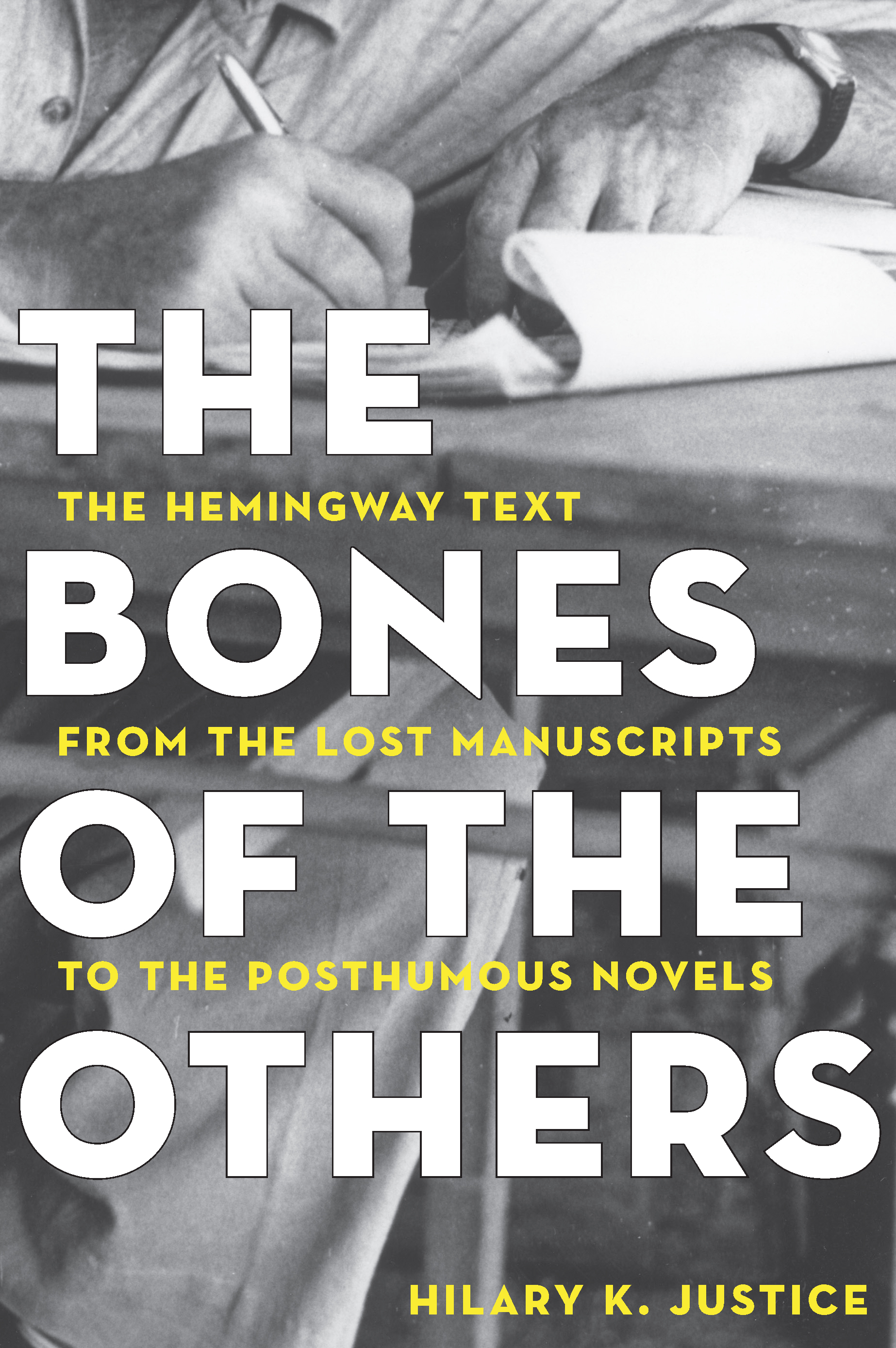 The Bones of the Others

The Hemingway Text from the Lost Manuscripts to the Posthumous Novels

“There is no work that competes with this. . . . Every chapter is fresh—and always interesting. The Bones of the Others is a strikingly contemporary way to approach this never-dated modernist. Justice shows how Hemingway got where he was trying to go, perhaps even before he knew the direction himself.”—Linda Wagner-Martin, Frank Borden Hanes Professor of English and Comparative Literature, University of North Carolina at Chapel Hill

In this work of literary archaeology and criticism, Hilary Justice tells the narrative of Ernest Hemingway’s creative process using published and archival texts to articulate the connections between his life and writing.

In what became The Garden of Eden, Hemingway’s character David Bourne identifies his writing process as the creation of a new, forbidden country, asking himself the questions that drove Hemingway’s own writing, “So where do you go? I don’t know. And what will you find? I don’t know. The bones of the others I suppose.” Justice’s investigations into Hemingway’s creative method illuminate the map of Hemingway’s forbidden country, revealing his writing as a lifelong simultaneous expression of present and past. Justice locates the power of Hemingway’s fiction in this duality—in the paradoxical compulsions toward destruction and creation, lamentation and hope, and fear and love.

Tracing his personal writing from the 1920s through the 1950s, Justice restores the lost manuscripts to their rightful place in the Hemingway canon and answers the question of the writer’s suicide.

Hilary K. Justice is assistant professor of English at Illinois State University. She holds an A.B. from Dartmouth College, an A.M. from Trinity College, and a Ph.D. from the University of Chicago. She resides in rural Illinois and Provençe.